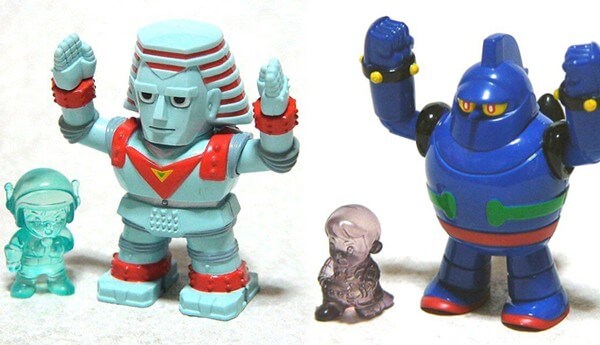 Pocket-sized, old school GIANT Robots from Banpresto!
As part of my contribution to TTC, I’d like to share some of the pieces I pick up from other parts of the globe. Although, I will warn you, they will mostly be robot related! 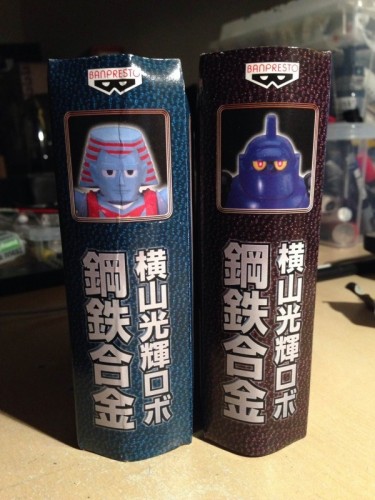 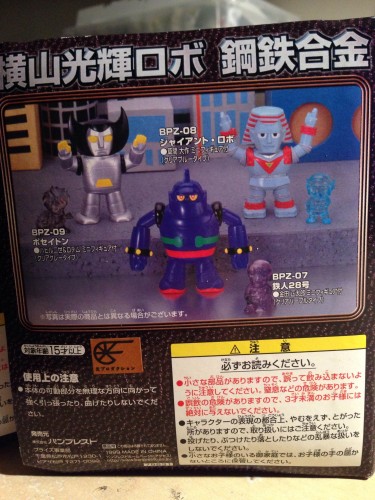 So first up are these Die Cast Mini Figures from Banpresto. Released in 1999 (does that class as vintage these days?), these 3″ tall robots make up in weight, what they lack in size. Each robot comes in a collectable book box which reminds me of an old MegaDrive cartridge box, and have a clear PVC mini figure of a related character. THESE are rad! 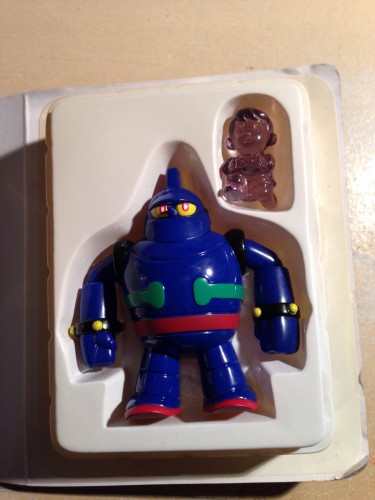 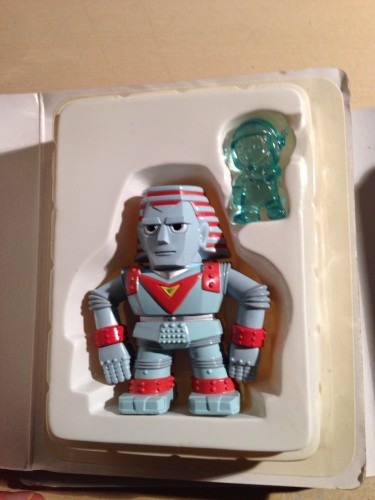 Tetsujin 28 (aka Gigantor) comes with Shotaro Kaneda and Giant Robot comes with Daisaku (Johnny Sokko). There is also a Poseidon Mini Figure available in this set. 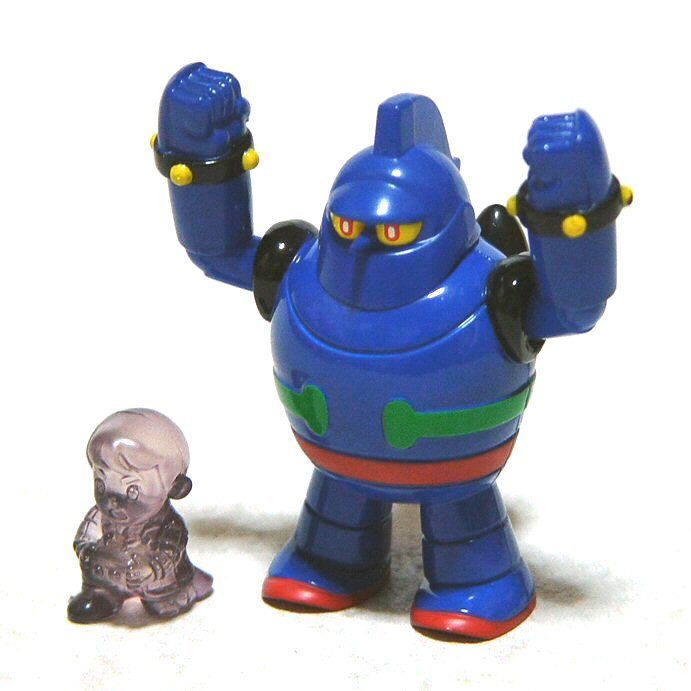 Tetsujin 28:
The body core, (head/torso/legs) is solid, heavy metal and offers slightly less articulation as the head is fixed. The arms have 2 points of articulation: the forearm and hand swivel as one and the base of the arm rotates 360 degrees and will give any mini robo adversary a smack down.
For some reason, I find generally on the mini T-28 figures that the eyes are never well replicated with the paint apps. Not sure why this is and if it’s at all common, or if I’m just unlucky. 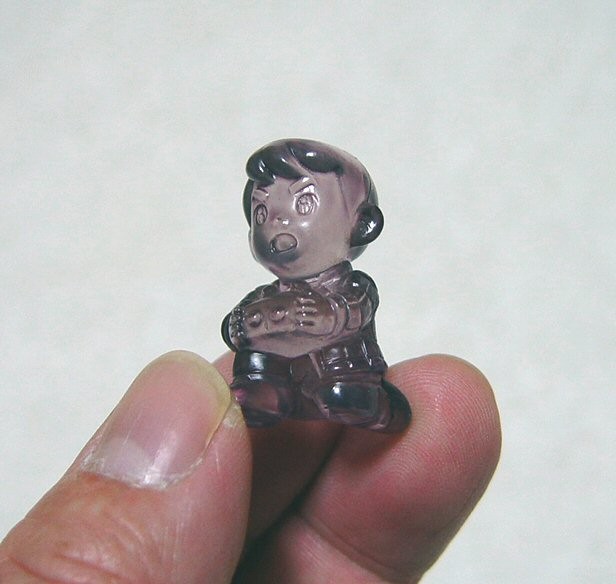 Shotaro is rendered in a super smokey purple/grey clear colour and is kneeling, complete with control box. 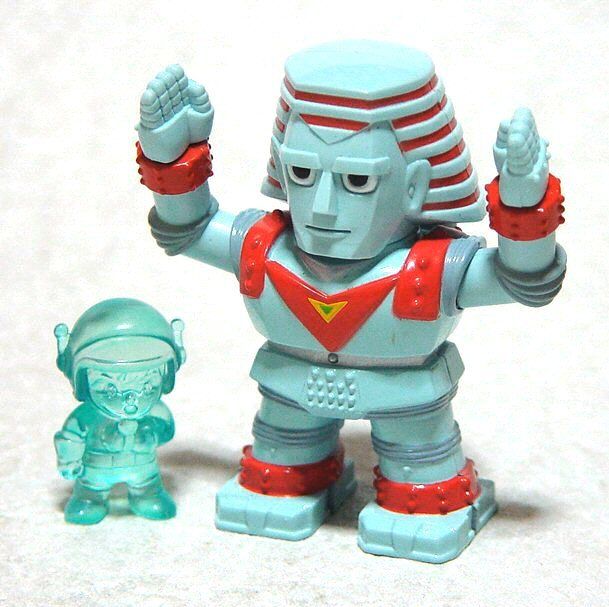 Giant Robo:
Again it feels stocky and solid for a mini figure. The paint application is clean and the arms rotate 360 degrees from the base, the hands swivel at the wrists and the head is free to rotate, unlike Tetsujin 28. 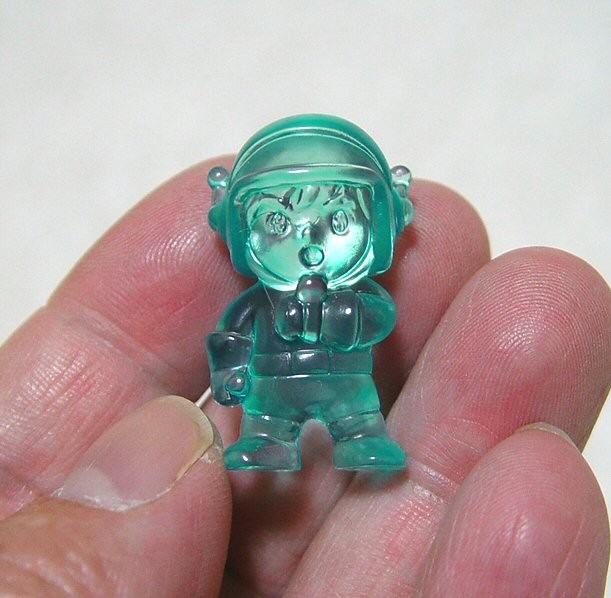 Johnny Sokko is a vibrant, clear turquoise/mint colour and is a stunning little piece for being just under an inch tall.

I think it was the mini clear figures that drew me to this set in the first place but the pieces themselves are rad, stocky mini figures which still pack a power punch in both weight and chunkiness and are a novel representation of these huge giant robots, only shrunk to a dunny-sized form.

Some of the product photos above are from the highly recommended nippon-dodododo eBay store, where you may still be able to pick these up, for under $20, brand new in box!