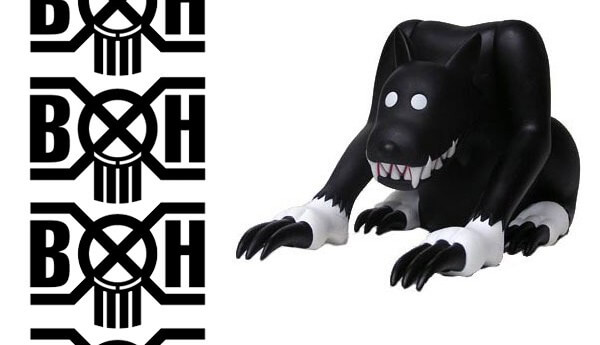 Bonus! Misfits w/ BxH & Medicom Interview from 2000!
Before the review, I stumbled across an interview with Doyle W. Von Frankenstein and Jerry Only of Misfits on YouTube, from a Japanese TV  show called ‘Tokyo Punk Rock – TV’ (02.02.2000) 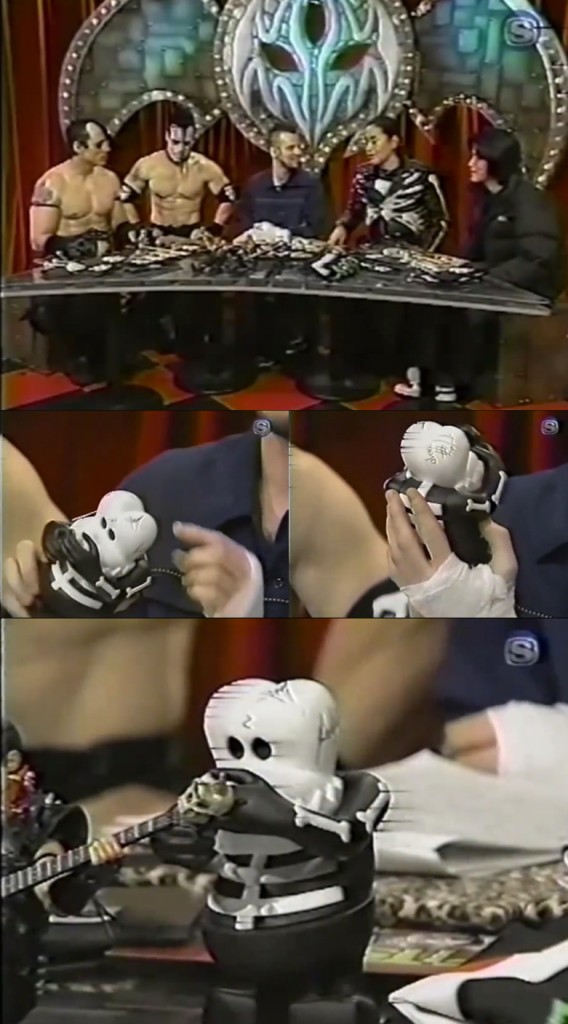 Half way through the interview, (skip to 10mins in) Doyle and Jerry are joined by friends, Oka Narue of Medicom Toy and Hikaru Iwanaga, founder of Bounty Hunter. Hikaru places ‘Skull Kun’ signed by the Misfits on the table and he says he was thinking of the Misfits when he originally created that toy and it’s crazy (yabbai!) because Misfits actually signed the very toy that they influenced!
Anyway onto the review… 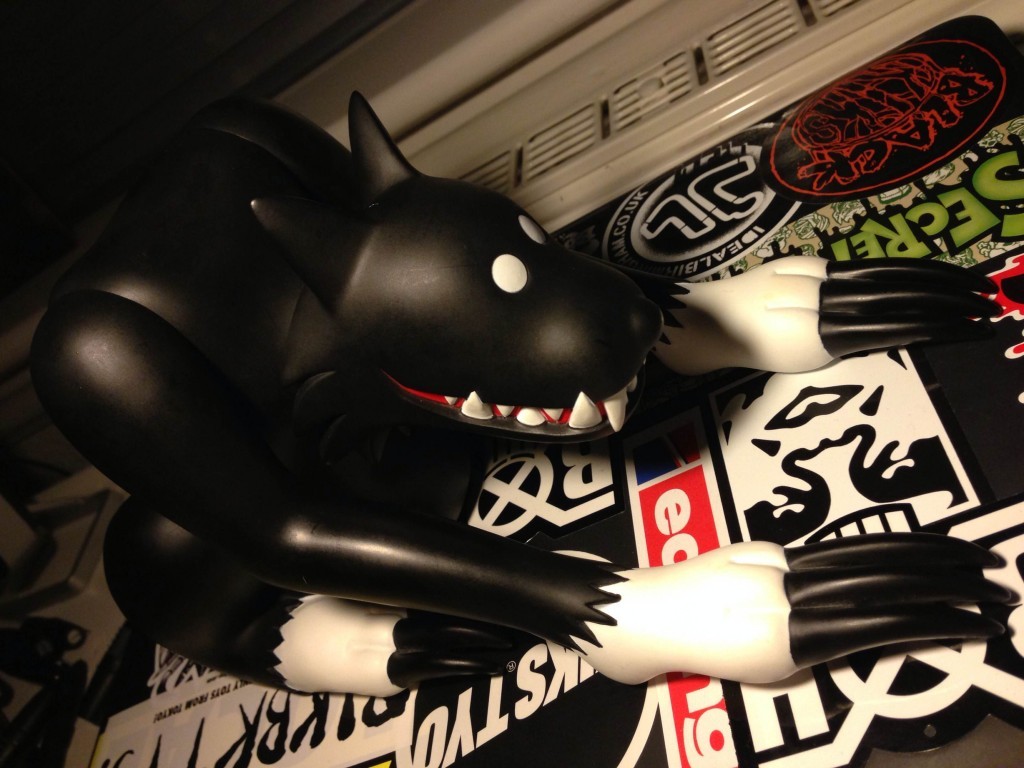 I was lucky enough to pick up one on the secondary market and was very happy to receive it. Granted, this piece isn’t mint with a couple of scuffs present but it takes nothing away from how great this is. 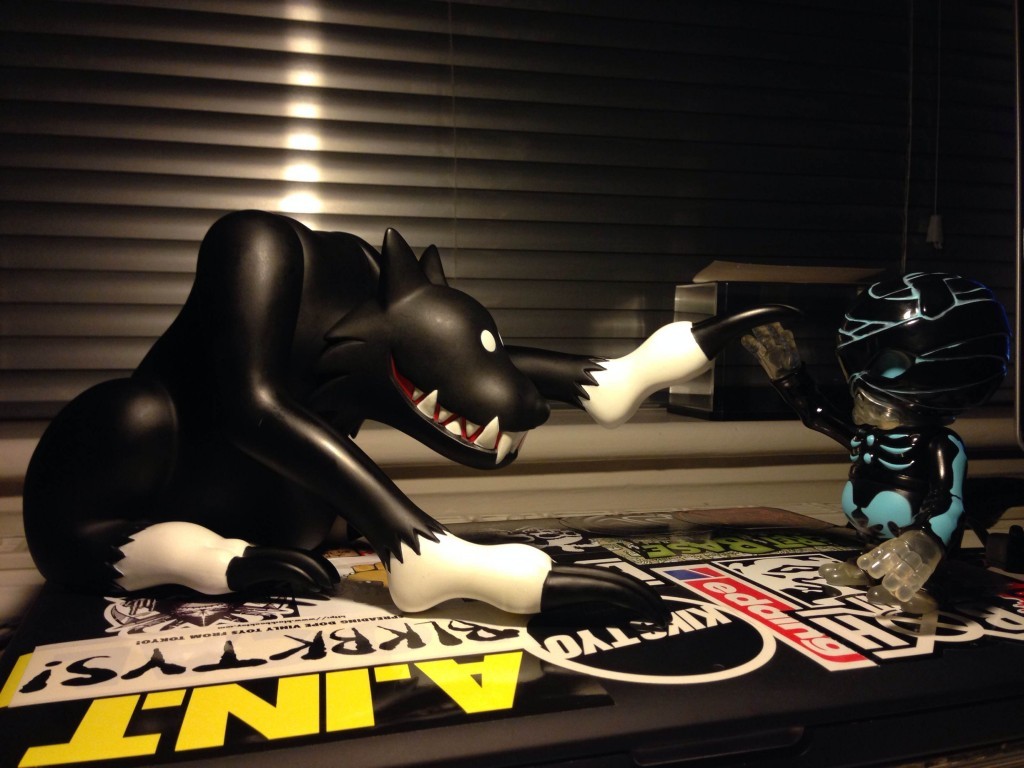 The head swivels at an angle and the super long arms can be raised and lowered. Finished with a beautiful matte black with white on the feet and a sharp burst of red inbetween those sharpened, jagged teeth. It’s like Kumaru Kun’s crazed lost brother who’s not allowed out of the basement or something from a 1920’s style Runaway Brain. 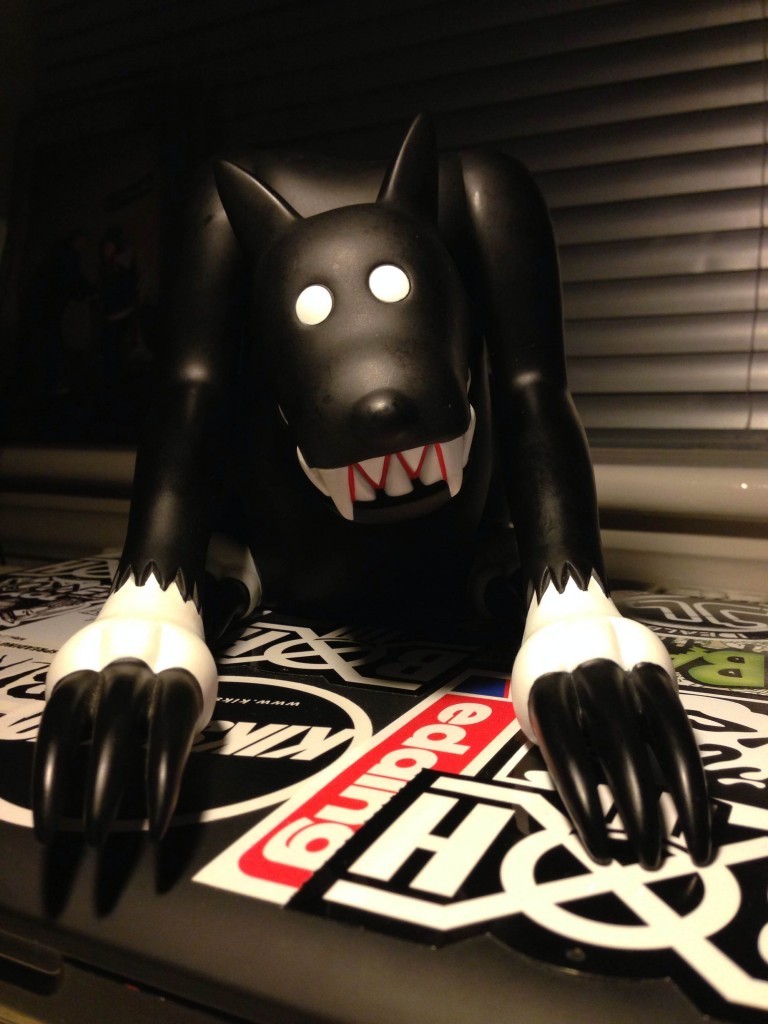 Looking at Cataru Kun dead on is actually a bit unsettling! He’s bowing like a respectful Sika Deer in Nara, but would probably tear your arm off if you were to give him a biscuit.
It’s 6″ tall and 11″ long with those arms and claws. It’s just a simple and classic style Bounty Hunter piece. 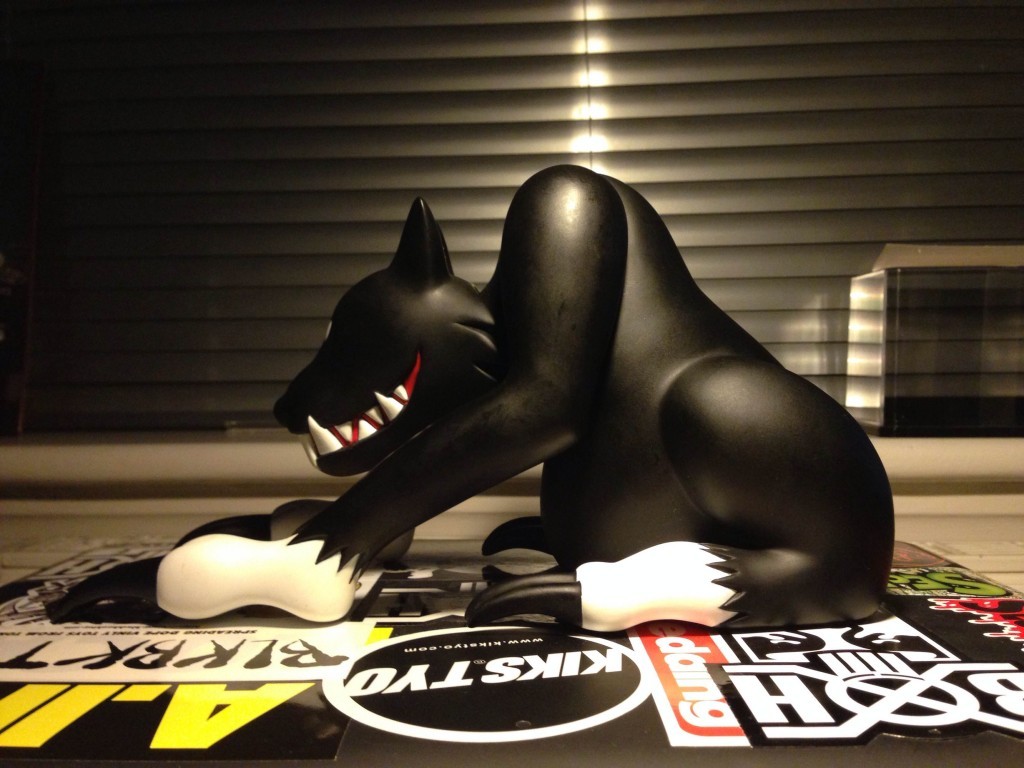 All in all a very nice piece and visually different to what else I have in the collection. It’s BxH so can’t really go wrong in my opinion, especially for the price. I’d definitely recommend picking up a Cataru Kun when the opportunity arises.