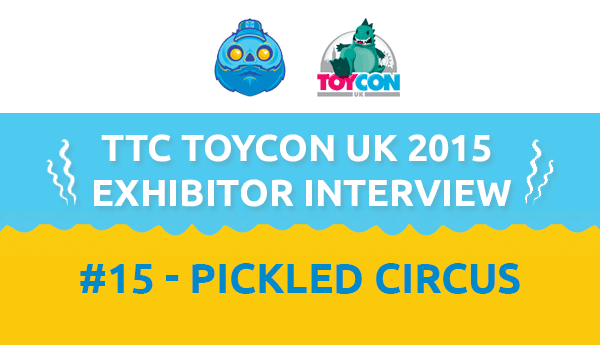 The Toy Chronicle loves a little bit of weird in their lives. You’ll probably find no weirder at ToyCon UK than that at the Pickled Circus booth. It is a major highlight of the day. You could spend a fair amount of time observing the weird & wacky art available on the Pickled Circus booth. We got a couple of minutes to spend with Matt Roby, the genius behind the art. Enjoy. 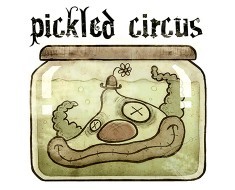 Pickled Circus: Born on Friday the 13th and cursed with creative fingers and an overactive imagination! Worked for many years across the film and creative industries, as a concept artist, character designer and story writer. These days I’m fortunate enough to be a full time ‘artist’ doing what I love most…drawing, writing and sculpting complete and utter nonsense!

Pickled Circus: I’ve been a toy fan for a long time, but only threw my hat into the ring in recent years after I kept receiving requests for customs in my art style.

Since then the DIY resin scene has took off, which has really helped bridge the gap between my fine art sculptures and the toy world. 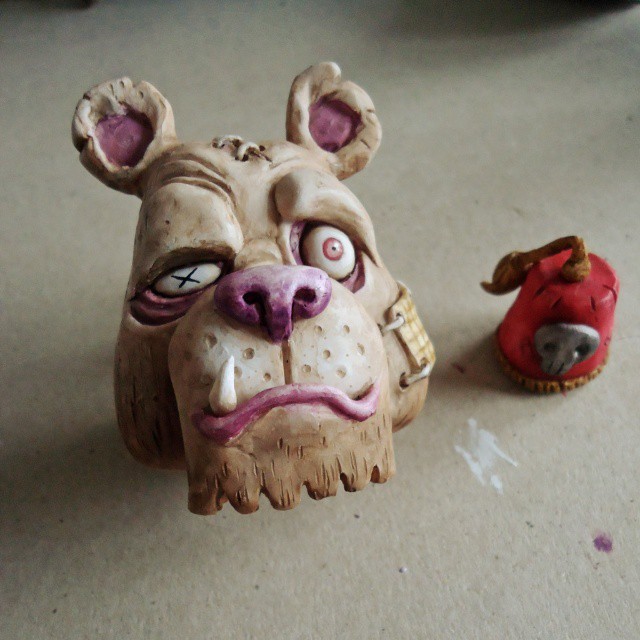 Pickled Circus: A lump of clay, a pile of junk and a handful of tunes to soundtrack the creation.

Pickled Circus: No particular favourite, I’ll customise anything, but I tend sculpt my own figures from scratch. 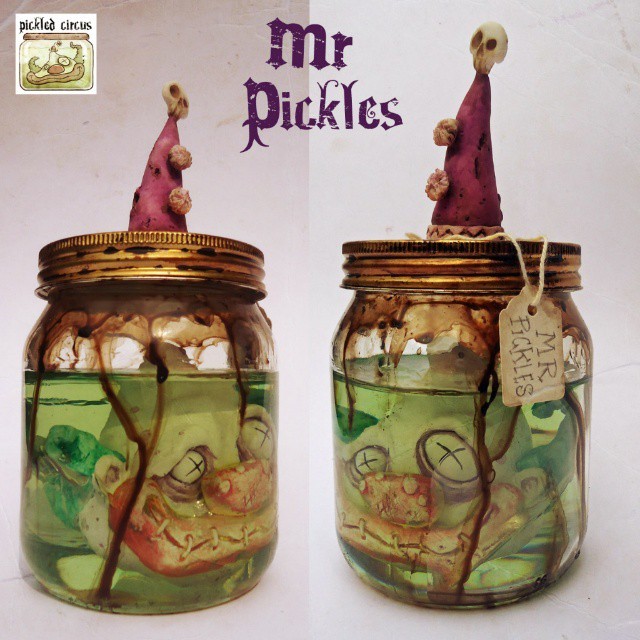 Pickled Circus: Anyone who shares my vision, but I always enjoy seeing new stuff from Stitches & Glue, Onorio D’epiro, Steve Ferrera and other similar artists.

Pickled Circus: Probably experimenting with new materials / techniques and trying to widen the variety of my work.

Pickled Circus: The Pickled Circus will have many new and exclusive acts on show, including the OOAK, Cannonball Kid, Maximus Moneybags and Captain Yolko.

You’ll also get to see the first 2 characters from my new ltd edition ‘Deadly Dodgems’ series. Which, I hope to develop into a crowfunding project, after Toycon. 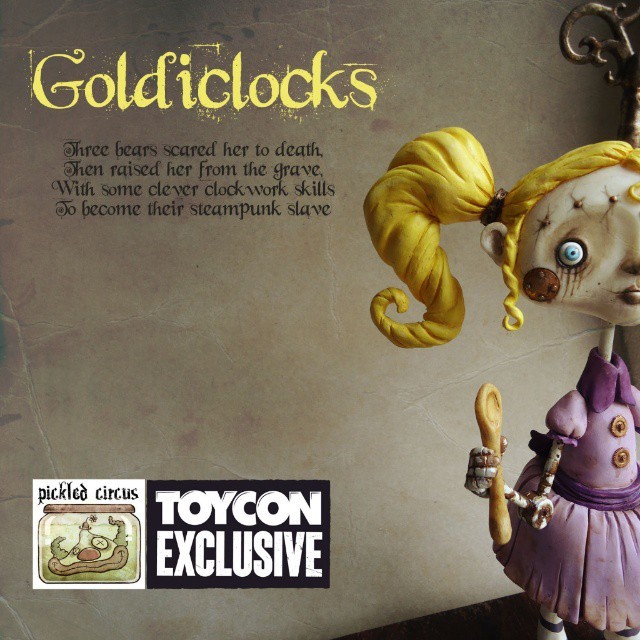 Pickled Circus: Pretty much everything, it’s the wide variety of styles that makes it such a great event.

Pickled Circus: Either my 1978 boxed Chewbacca figure or Hell Boy (Eric So)…. Alas, If only I had a Fireman Sam toy to put the fire out! 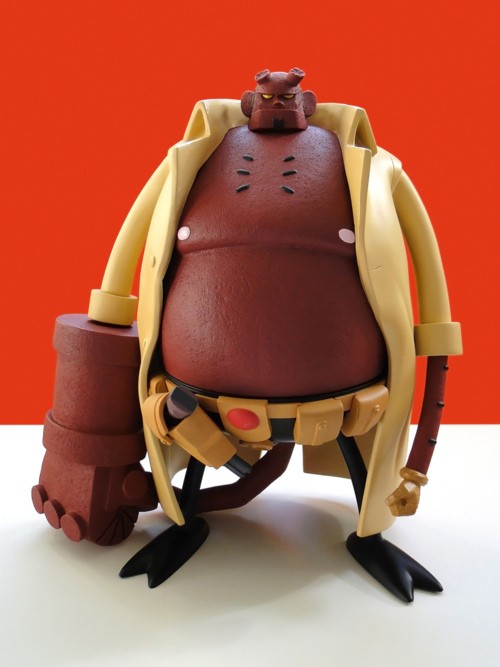