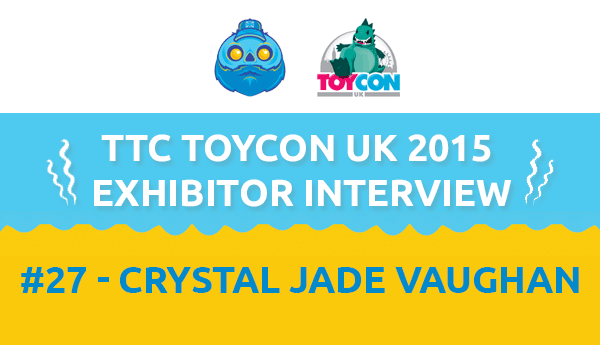 The penultimate ToyConUK Exhibitor Interview is here. These have been a great introduction to the Exhibitors you will find at York Hall tomorrow, giving you an idea of who are behind the tables, smiling back at you with their art for all to see. We chat with Crystal Jade Vaughan for this 27th Exhibitor Interview.

CJV: I’m Crystal-Jade, I’m from the UK. My dream legacy is to create believable and filmic stories, that can translate beautifully into quality toys and much more. I’m a training pilot, lover of history, aerospace and industrial design. I don’t originate from design directly. I started off as an imagery intelligence analyst, working on security and surveillance systems. I deferred my place at Oxford University to study English language and Literature, so I could continue further operations and training. I was interested in weaponry, AFV’s, aviation, and other confidential areas of defense. It was a dream career, but there were aspects that made me realize it wasn’t sustainable. I studied to be a filmmaker, later graduating with a degree in traditional 2d animation. I worked at Shepperton Film Studios as an assistant art director and concept artist. Later going on to Microsoft’s Lionhead Studios, Disney Consumer Products, and Microsoft’s London studio as a video game concept artist. It was a natural ascension and dream to develop my own franchise and intellectual property with 3A. It gave me hope that outside of a mass corporation we could do things differently, and still reach a like-minded people.

How did you get into the Designer Toy scene?

CJV: I left my job at Microsoft and went to work for the only person on the planet that I believed shared a similar vein of taste and philosophy. Someone with a powerful talent, heart and work ethic. That was Ashley Wood. His work is absolutely breathtaking and stunning. Phenomenal. I love designing toys at 3A, it’s like art to me. I enjoy what I do so much, it really brings the greatest feeling of hope and sense of wonder. To bring any element to life, be it a character, story, or world, it’s just so pure. It’s pure happiness. Holding those toys in your hands after creating it, it’s like a silent but deafening epiphany. It’s such an instinctual and raw feeling. The biggest happiness imaginable. There’s never been a more exciting time, it’s the very beginning.

What is your ‘go-to’ tool when customizing/creating?

CJV: Mind and Imagination. The sharpest tools for any artist!

CJV: I would like to evolve Beaver Industries into a feature film. I think it would translate beautifully to screen.

To have a multitude of artists work together to bring it to life, would be the ultimate collaborative project.

That would be the finest honour for the story, and for the toys that symbolize and typify that world.
To have sound, music, atmosphere, where people can fully experience the characters and universe deeply. Something with grit, weight and impact.
To see the robots awake. That feeling in your chest. When I design the robots, it’s like I take out my heart and put it inside that robot. I keep staring at it over and over just hoping, that it’ll open it’s eyes. I keep working on it until I hear the heartbeat stronger, and when the pulse is just right, I take the design to production. I feel something when I design, and I want to share that connection. The ultimate level would be to watch the robots move through an existent and heaving industrial scape, set in an epic, vast and beautiful wilderness, and for it to be real on the screen…that would be it for me. Captivating visuals, dynamic story, between the lines so much richness and potential…. it would be an absolute dream.

If it’s solo artists, I’d want to join forces with Ashley Wood, without a doubt. I’d love to work on an exclusive collaboration. I think that would be phenomenal. What’s been the biggest influence on you in the year since ToyCon UK 2014 CJV: I think the biggest thing I’ve learnt is manufacturing and technical process. Not just having a vision and designs. Breaking it apart and tearing it apart to see, HOW is it made, what do I need, what are the blueprints, realistically what is the exact step by step process to bring this to life. I’ve enjoyed learning about production evolution, and developing things from the mind, to paper, to computer, to production, to distribution, to the hands and hearts of fans. It’s joyous.

CJV: Yes! I’m going to have ToyCon exclusive prints from the BEAVER IND. universe! An awesome painting of Milky and Sawyer off on a night mission! I love the font, it’s a little nod to the great sci-fi/action movies of the 80’s that I adore! 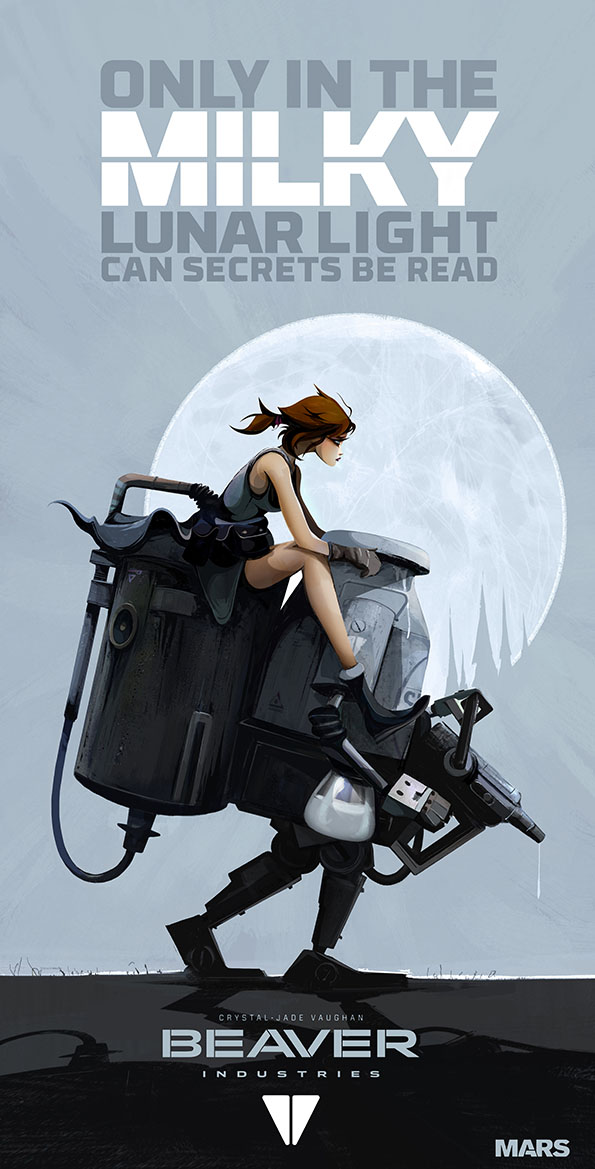 CJV: Everyone and everything! A lot of fun, really looking forward to the adventure!

CJV: MiG, my trusty drone/eye in the sky. He’s more equipment and buddy. Reliable, a bit of a looker…not much of a talker..but hey! I sometimes imagine if MiG could be installed or manifested in a real human body, what would he say to me…he’d probably say, ”stop flying me into trees!”. Ahwell…

It’s true. People say they love their Xbox, but with a drone/UAV/plane – it really does feel like a personality that you’re merging with. I’d say MiG for the fire save! No question about it! My Miggles.