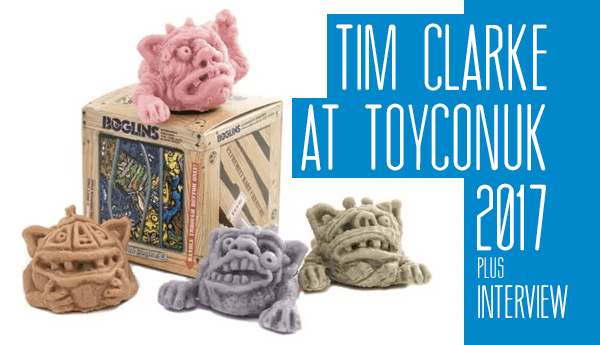 With only 48 short days until the fifth edition of ToyConUK, we are starting to get realllllly excited about the artists who are joining the London krew for this special weekend in the UK Designer Toy calendar. Last week we had the announcement that Candie Bolton will be gracing the UK shores (read more HERE), today we bring you news that Tim Clarke (aka Mr ‘Boglins’) will be heading to London to join Jon-Paul Kaiser on the JPK booth over the course of the TCUK weekend (29-30th April). 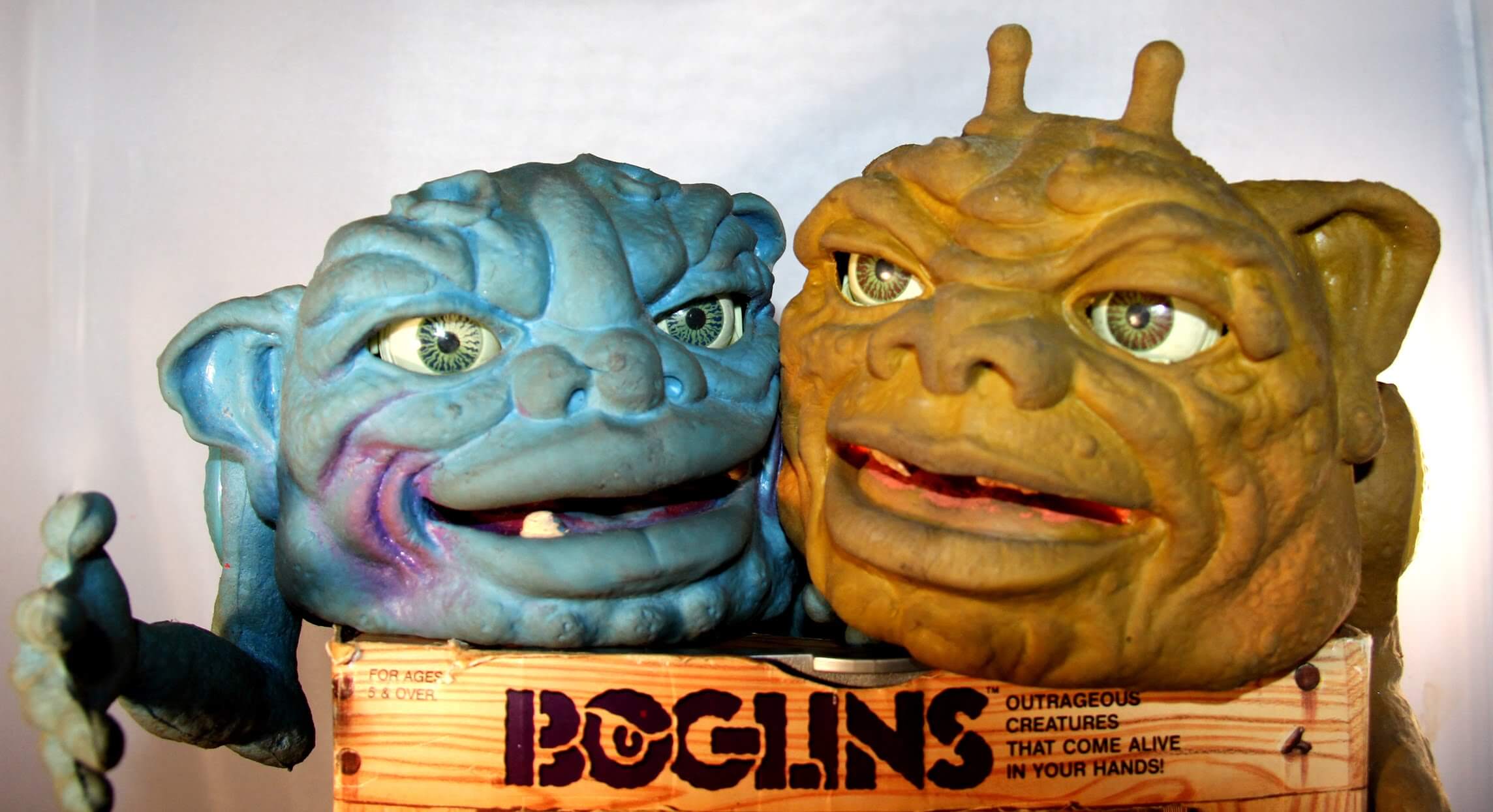 TTC: Firstly introduce yourself and how toy collectors should know your name…

Tim: Tim Clarke. While I was working at Muppets, and after I had completed working on The Dark Crystal, I was asked to sculpt the toy line for Hasbro Aviva. Since I had sculpted and helped build all the Mystics for the Dark Crystal and had also worked on the Land Striders, it was obvious to the art director at Muppets that I should sculpt these as toys. He also asked me to sculpt the Garthim for the toy line. Unfortunately, Hasbro never produced the toys. But it was my introduction to the idea of creating toys based on what I had learned at Muppets. This was the foundation of being the co-creator of Sectaurs, the action figure line for Coleco and Boglins, the hand puppet monster for Mattel. I will also be bringing some of the new Dark Crystal toys to London at ToyCon. I was asked to consult on the design of these toys. 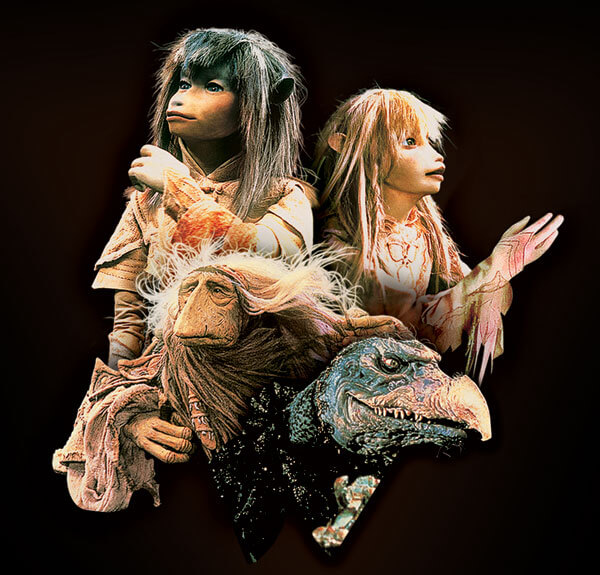 TTC: 2016 saw the return of Mini Boglins, with the help of Clutter. Have we seen everything, or are more tribes on the way?

Tim: Yes, there is a lot more coming through this year. I will be bringing many of them to the London ToyCon. 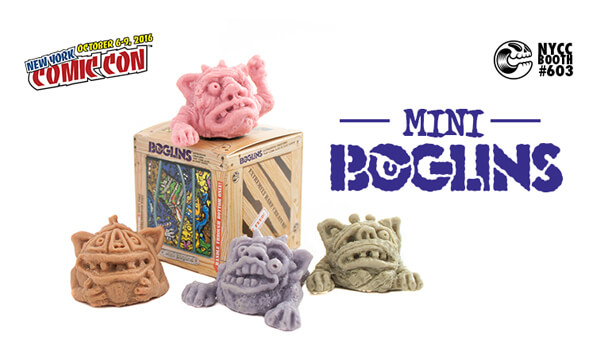 TTC: We have been teased on social media with talk of a Mini Boglin King. When can we expect a release?

Tim: Most likely sometime this year. 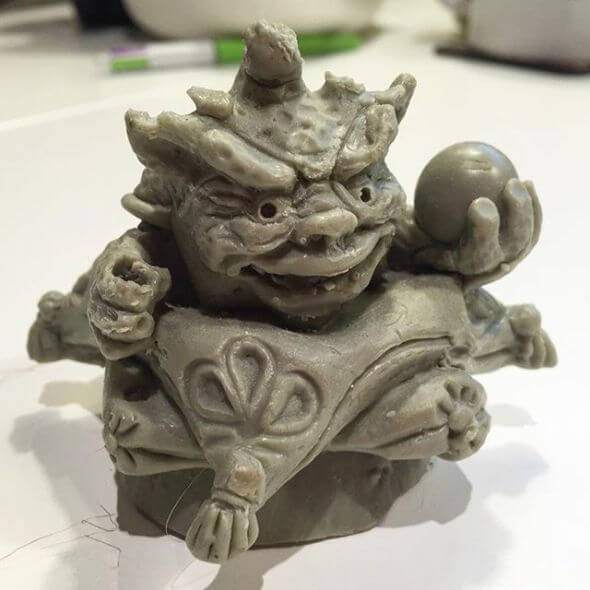 TTC: You recently posted on Instagram that you were looking for someone to buy the licencing rights to Boglins. Any serious bites?

Tim: Maureen, 7towns, and I are always actively seeking licensing opportunities for both Boglins and Sectaurs. Currently both have received renewed interest.  Cavity Colors just released Boglins as enamel pins. Clutter has the license for the Zombie mini Boglins and the large resin Boglins. We will be making more mini Boglins and several other characters during this year with Clutter. Sectaurs has also recently been licensed but it is too early to discuss. 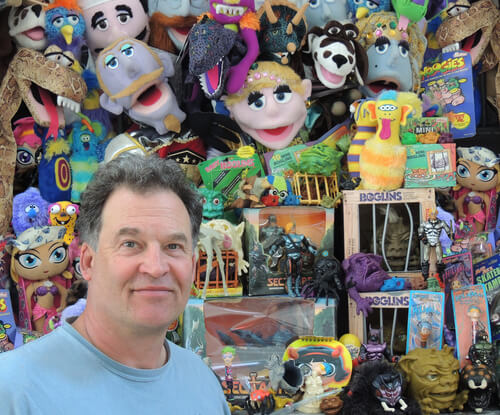 TTC: Back in the day you teamed up with Maureen Trotto to produce Mini Boglins. Who looked after the different stages in the process (I.e. design, sculpting, etc.)?

Tim: We have always worked together on designing and sculpting the Boglins. We equally shared different processes.

TTC: Many fans are hoping to see some new full-sized Boglins this year, any news on that front?

Tim: We are actively working on making that happen.

TTC: With over 100 Mini Boglins, coming up with new sculpt ideas must have been hard. Where did you draw inspiration from?

Tim: The Metropolitan Museum of Art in NYC is an unending source of inspiration. One of the great things about Boglins is since it has never been done as a TV show or a movie or a comic book, it makes the characters limitless as to where they can go. This has proven to be a great advantage in coming up with new concepts and ideas for Boglins.

TTC: With your attendance at ToyConUK in April confirmed, is there anything special that you’ve got planned? Perhaps a collaboration with your booth partner, JPK? 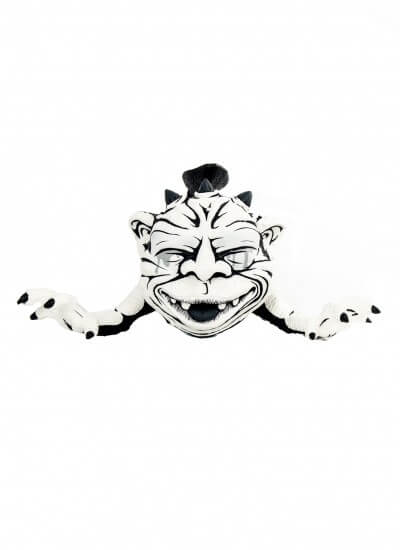 TTC: Where can Boglin fans find your good self on social media?

TTC: Many thanks, Tim! We can’t wait to see what you bring to TCUK in April! Thanks for your time answering our questions and we’ll see you in April!

If you’ve yet to buy your tickets for ToyConUK 2017, why not?! Huh? Huh?! It’s going to be an absolute blast! Buy your TCUK tickets HERE! We’ll see you at York Hall (Bethnal Green) on 29-30th April! Don’t forget we announced Candie Bolton will be our very special guest during the TCUK weekend, you can check out the details HERE.

Thank you to our Australian Boglins super-fan, Paul for his help with the questions to Tim!