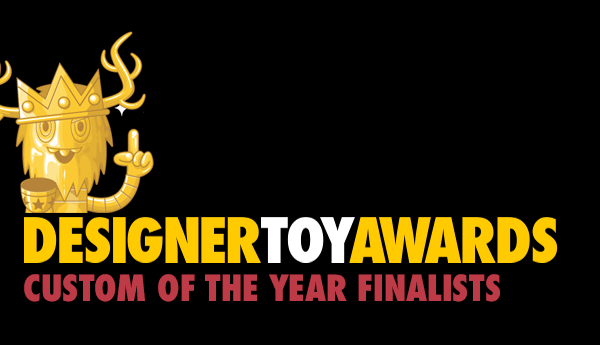 Custom of the Year

Recognising a single artist, artistic duo, or collective who transformed an existing Designer Toy into an individually expressive art object. Consideration will be based on the custom’s merits of concept, paint execution, additional sculpting (if applicable), and overall attention to detail.

Requirements
• Custom must have been completed and debuted last year.
• The custom must have a production toy base, regardless of whether vinyl, resin, or any other primary material.

Congratulations to the nine finalists! Damn this is a mighty fine category! All nine could essentially take this one down on the night!