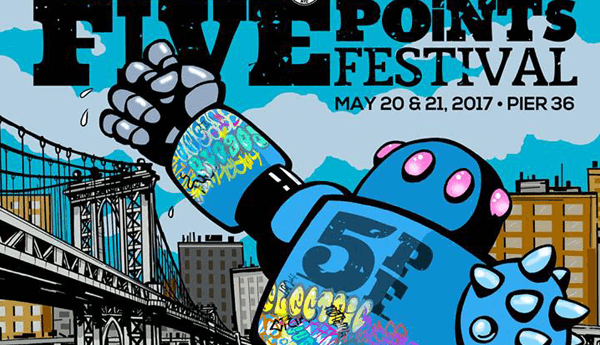 Well, with ToyConUK only 22 days away, we already have a side eye at our next convention in the Designer Toy world – Five Points Festival in New York City. Which just so happens to be 42 days away. The Toy Chronicle will be heading over to the inaugural Five Points Festival next month (20th & 21st May 2017) and we got super excited today when we got our hands on the exclusive Five Points Festival poster specially designed by Jeff Lamm, which you can see below! Yay for Robots! Yay for Greasebat! 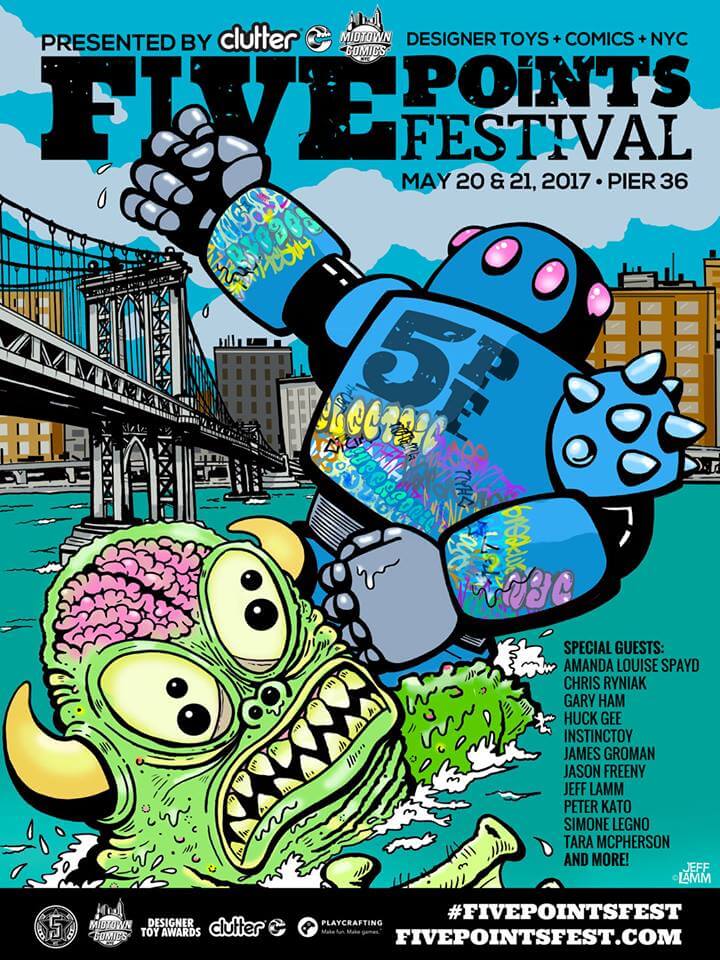 If the 5PF poster got your Designer Toy heart racing, then the list of awesome exhibitors will definitely get that ticker going! Below you’ll find the list of Exhibitors that have so far confirmed their attendance at Five Points!

An impressive list, right? Over 100 exhibitors so far, with more still to come we understand! If you’ve yet to grab your tickets for Five Points, you can still do so HERE. Tickets are very reasonably priced and can be purchased for an advanced rate (meaning it’s more expensive on the actual day). You can pick up a Weekend ticket for $40/£32. A Saturday-Only ticket for $30/£24 and a Sunday-Only ticket for $25/£20. All tickets can be purchased HERE.

Let’s not forget that the 2017 edition of the Designer Toy Awards will take place at Five Points Festival, on the Friday 19th May. Always a special night for so many. It’s worth attending, as TTC have the past two years. A celebration of the previous year in the Designer Toy community. VIP Tickets are available for $125/£101 and can be purchased HERE. This not only gets you entry to the DTA Ceremony on Friday evening but early entry into Five Points on both days, access to the Saturday evening Five Points Party, as well as an exclusive colourway of the Kidrobot PRODUCTION Dunny by Gary Ham made especially for Five Points (Limited to 250). Production Gary Ham FTW! We hear that there will be two other Gary Ham KR Production colourways available for purchase at Five Points, but the only way to get your mitts on the VIP exclusive colourway is purchasing the VIP ticket. You can purchase tickets HERE. As we mentioned above, there are also regular Weekend/Day tickets available too, they can be purchased HERE. 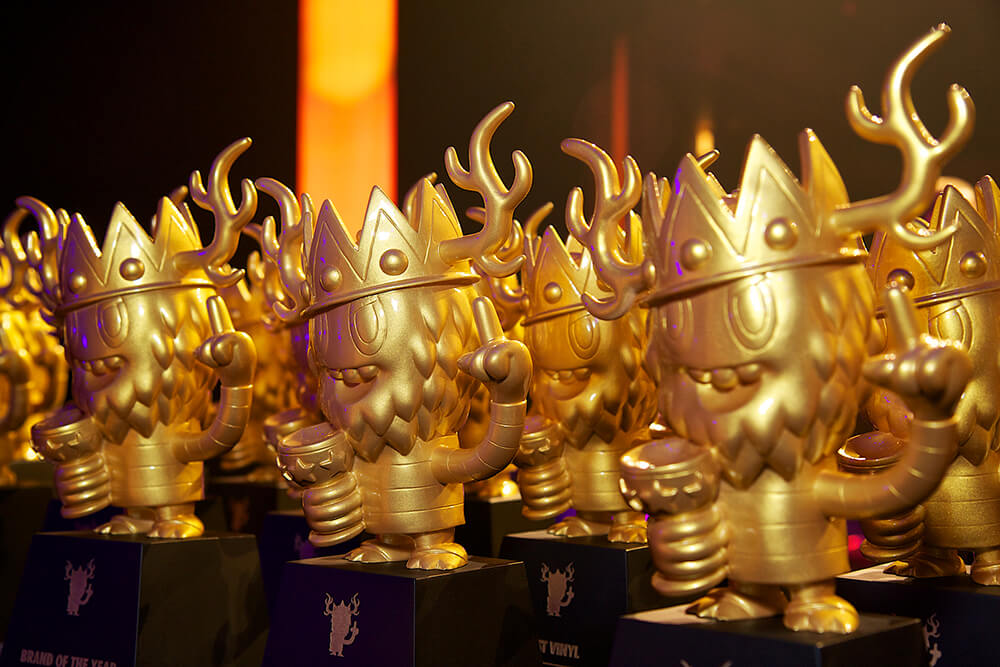 Five Points, as well as catering for the Designer Toy scene, will also have a whole bunch of Comic artists too, and we can reveal that the poster for the comic book side of Five Points below… 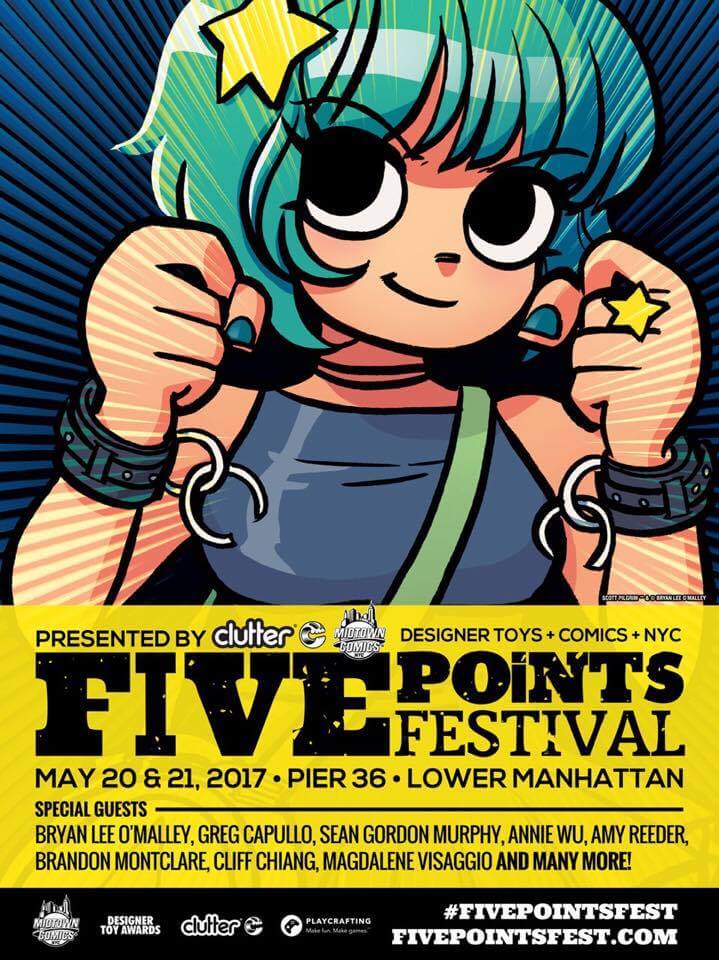 The Toy Chronicle are super pumped for Five Points Festival to roll round! Who else is coming along for this adventure?!