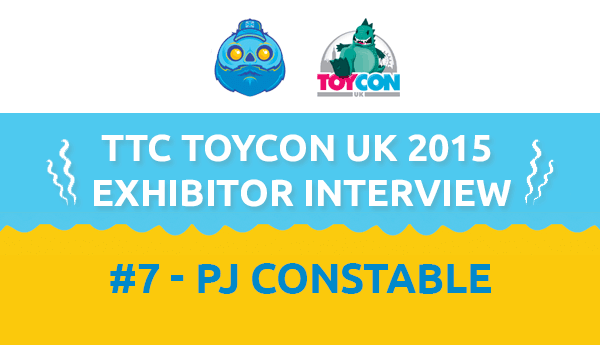 With all the fun of real jobs and yesterday’s April Fool’s tomfoolery, we never had the chance to post the two latest ToyConUK Exhibitor Interviews. So without further ado, we plan to hit you with two quick fire interviews with two awesome young artists who you’ll be able to find at TCUK later this month. First up we have PJ Constable. Enjoy. 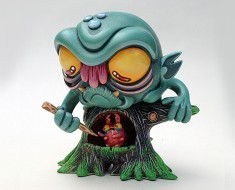 PJ: My name is PJ Constable, I’m half Thai, half English and I reside in St. Albans. I’m currently on a Gap Year and will be studying Model/Creature Design at Uni in September. For the most part I am a self-taught artist and before I began customising I spent an extensive amount of time researching different techniques and methods. I made the utmost importance to try and develop my own style so that I could enter the toy scene and have my work become easily distinguishable. I’d say it’s mainly a blend of quirkiness and dumbfoundedness (if that’s even a word). I like to try to find a balance between cute, creepy and weird. Most of my influences come from the natural world and a lot of time spent playing video games and watching cartoons. 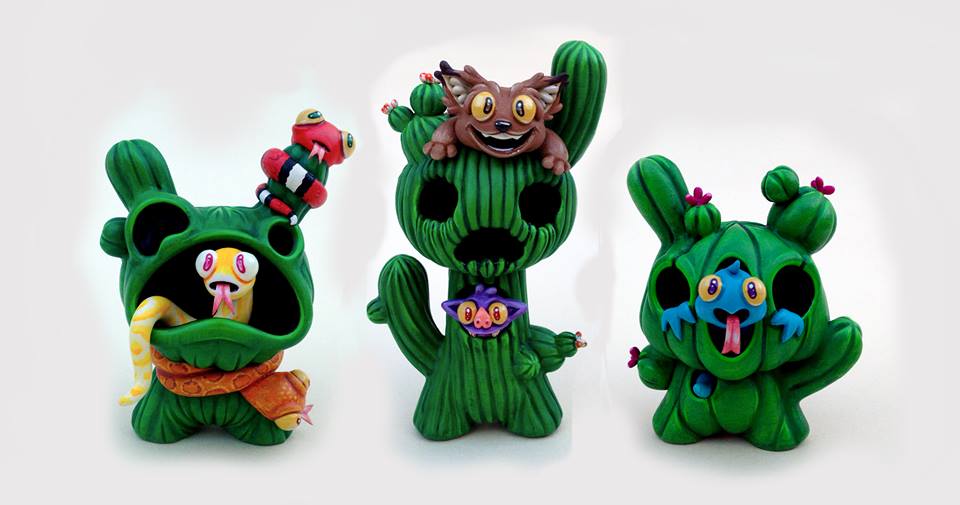 PJ: Ok, way back when I was like 11 (So not that way back I guess), when I used to collect Simpsons comics, I saw an ad for the Simpsons blindbox series Kidrobot was releasing at the time. This was right up my alley as I loved the Simpsons and I was a huge collector of all sorts of toys. An early example being Crazy Bones, those little pieces of plastic in the shape of random characters. This pretty much opened me up to the whole designer toy world and after my first visit to Kidrobot’s pop-up shop in Selfridges I was hooked.  A few years into collecting, I was opened up to Custom toys through various events and getting to meet the artists behind the Vinyl. I was legitimately so star struck the first time I met the dudes behind ‘Triclops Studios’! Good times… I probably wouldn’t be at the stage I’m at now though without all the kind and helpful advice I received from numerous people and artists at those events. It is really such a great community that I found myself in and I will always continue being grateful for the path it has lead me down. I must also add how appreciative of my mum and sister I am. They have supported me from the start. Sharing so much interest in this whole world I have become a part of.

PJ: My silicone tipped ‘Colour shaper’ tools. They aren’t really designed to be used as sculpting tools but they are great for blending and for pushing and pulling the clay! I’d say my hands are also pretty important, don’t wanna misplace those!

PJ: I haven’t tried customising too many unique and crazy platforms but I really enjoy customising Dunnys. They’re a great shape which allow for a huge potential plethora of quirky and unique designs which I can project from my imagination. The size is also great and makes it a fun challenge to try and add lots of tiny details ^__^

PJ: One artist I’d love to collab with would be Cris Rose, we could make some crazy robotic monster hybrids or something. Plus he’s a great guy and I’ve learnt a lot from him! Another artist I’ve wanted to collab with since the start of my Customising Venture has been MAp-MAp, he has always been a big inspiration to me.

PJ: Probably my trip to Japan. I saw so much and it honestly made me appreciate how things get manufactured a lot more. The ways it has influenced me? I guess it has made me take more care in the work I produce. Honestly, the quality and finish in Japanese toys is mind blowing.

PJ: Just whatever I can manage to pump out in the time between now and the 25th! Lots of one off customs, a print run and hopefully one or more Resin releases!

PJ: I’m looking forward to seeing some familiar faces again and just seeing all the lovely work everyone has to offer. Particularly excited about meeting Jeremiah Ketner and seeing his work in person as he is coming all the way from the States! His paintings are always really captivating.

PJ: Ummmm, that’s a tough one. Probably someone who I’ve never met before but have admired for a really long time, I must say there are a lot! However, if I had to name a couple, then Kevin Gosselin and Chauskosikis since they have heavily inspired me and I have learnt a lot just from seeing their work over the years.

PJ: Probably this Huge-Ass resin Owl I got from Matt Anderson, mainly because it’s stunning and I can’t even begin to imagine how much work and resources went into it. Also, I must mention it took forever for me to finally get it, I’m not letting that piece get burnt up….

Hearing rumblings that tickets are getting close to selling out for ToyCon, if you’re still pondering buying a ticket, don’t hang about! Go now! HERE!