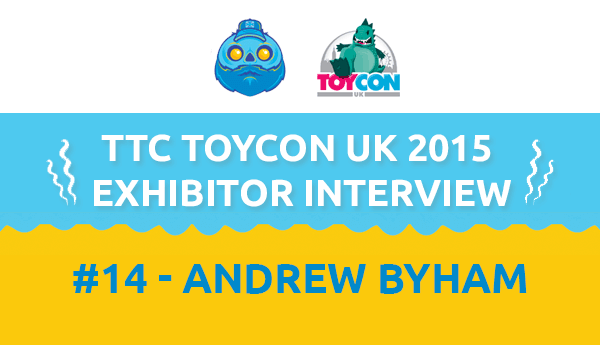 At ToyCon UK 2014, we hosted Andrew Byham and his Wartoises. They sold particularly well. So at ToyCon UK 2015, Andrew is back but with his own half booth. We can’t wait to see what Mr Byham brings this year. We figured we’d introduce you to the man, so you know a little bit more when you buy his wares next week!

Andrew: I have a creative background, initially in textile design, leading to setting up a weaving mill with an engineer friend. Turns out there’s a reason why there aren’t many mills in the south of England .. rent and rates swallow up the profits. I’m now in a technology business but keep the creative side going to stay stay sane.

Andrew: My son spotted it when researching for his GCSE art. We were both interested in Steampunk after reading the Larklight books by Philip Reeve (which should be on the national curriculum) which lead to looking at Doktor A and an easy hop to designer toys. By this time I was tinkering with air dry clay and Sculpey but without any particular direction to take them. Toy art / designer scene has such a varied range from pure toys all the way to pure art so provided a path to follow.

Andrew: I have a collection of those metal Dentists tools that most people seem to use, though only one, which is by now plastered in rock hard Apoxie. I would be lost without it though. Other than that, a pot of water, a bright light and a glass of rum.

Andrew: I’ve never got round to customising a commercial platform, just meddled about with my own. I feel a bit emotionally attached to my own models after spending so long on the original, making a mould then casting.

Andrew: I love the detail Uncle Absinthe puts into his leafy characters, maybe a tortoise hiding in a bush? Or Admirable Crichton with a beard?

Andrew: My father-in-law is well established pewter and silver smith, last year he armed us with a small crucible, some spare bits of pewter and a few choice instructions to get started on casting our own. There’s something quite special about the finish and weight of a pewter model

Andrew: A new original casting of The Administrator – another robotic character from the Admirable Crichton world; a collection of four figures based on a robotic wise monkey base called the Mechanical Gargoyles; and an original pewter figure by my son called Robot No. 9. 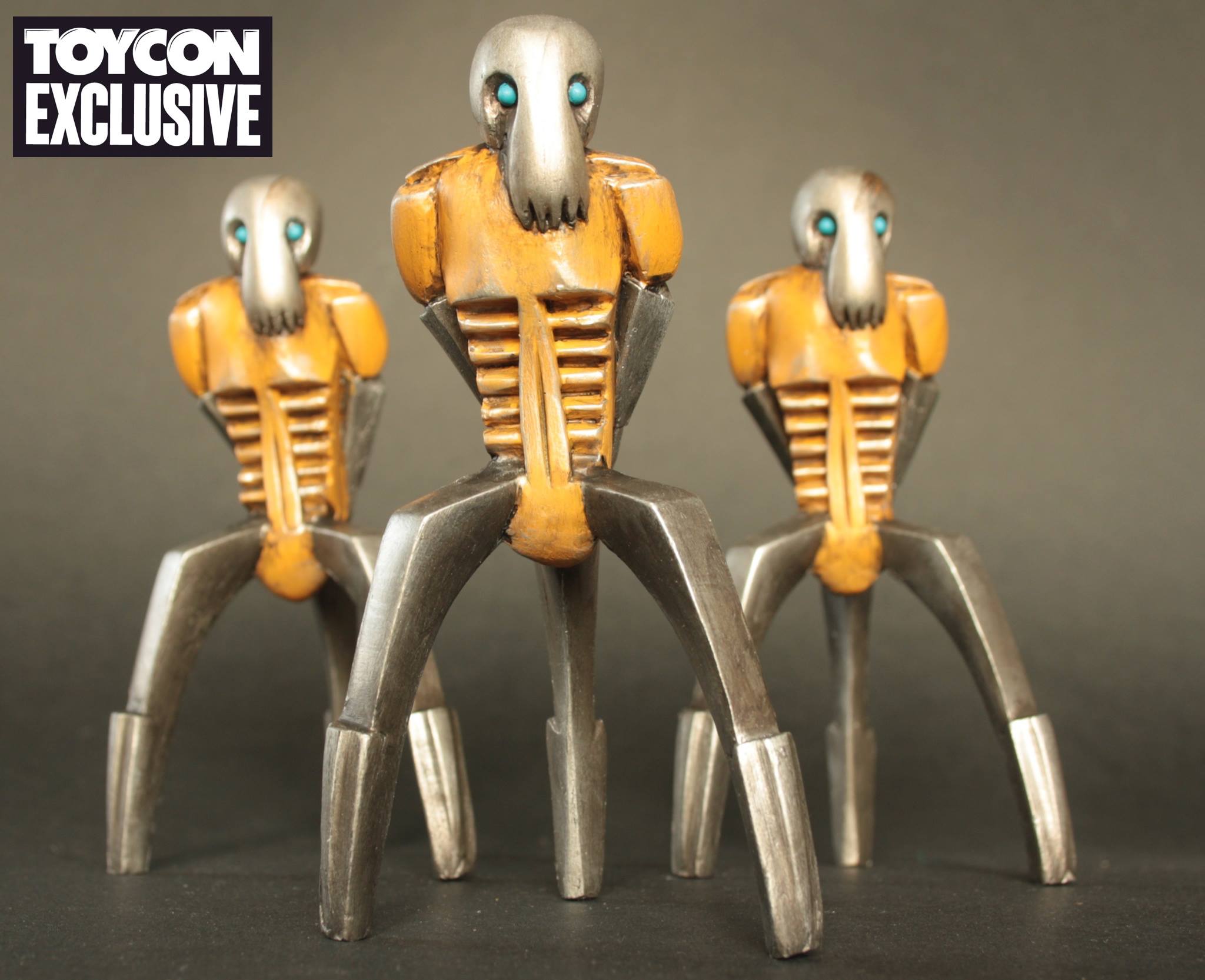 Andrew: Always nice to drool over Doktor A’s booth; I’ll be looking closely at JPK’s work to see how on earth he gets everything SO white and SO black and SO neat; PJ Constable looks like he’s been up to interesting things; apart from that there’s a lot of lovely people with a beards to say hello to, including my booth partner Messy Media.

Andrew: The work of Greg Brotherton doesn’t exactly fit the art toy genre, but if I owned one of his pieces I’d probably be inclined to say Stick a fork in me, I’m done.

Andrew: I picked up a Northern Scrimshaw from Hugh Rose last year, it stands on the shelf next to my banjo so I’d grab them both. 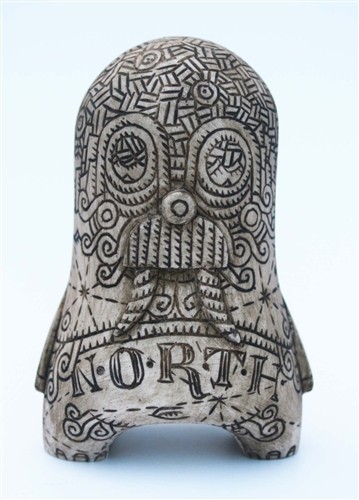 Tickets to ToyCon UK 2015 are almost SOLD OUT. Only 20 or so are left, so if you’re considering coming down, and want to get in on time to grab yourself some awesome EXCLUSIVES, you will want to grab a ticket HERE before they sell out.