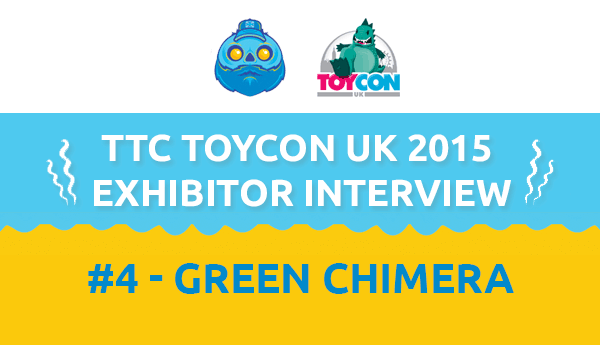 Four weeks today we’ll all be enjoying a crazy day in Bethnal Green. ToyCon UK 2015 will be upon us and we shall rejoice. Plenty of work to do before the big day though. Starting off with introducing you to a new Exhibitor this year. We give you Green Chimera! 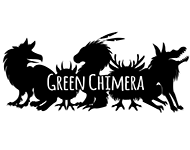 Rachael: I’m Rachael (@rachmakes), I’m originally from Castleton, in Derbyshire but I moved to London for my university course in Technical Arts and Special Effects at Wimbledon College of Art, which I am in the third and final year of. I work in a lot of different materials and I love making monsters.

Verity: I’m originally from Edmonton, Alberta, Canada, and like Rach, I came to London to study Tech Arts. I’ve always been obsessed with creating fantastical creatures, and I’ve just slowly been working my critters off the page and into physical sculptures and toys.

Rachael: I came across a lot of designer toy makers in my research for uni work, and through that became fascinated with the world of designer toys, I follow a lot of really cool toy makers on Instagram and that’s what made me want to try out making my own. That developed into collaborating with Verity (@creaturecave) and the creation of Green Chimera.

Verity: I’ve been fascinated with art dolls for a long time, and I initially started making them for myself. Having migrated to Instagram, I’ve found countless numbers of amazing artists that create beautiful toys and sculptures, and it only influenced me to spread into that scene. Rach and I realised that we both love creating similar things, so it was only natural that we started making dolls! 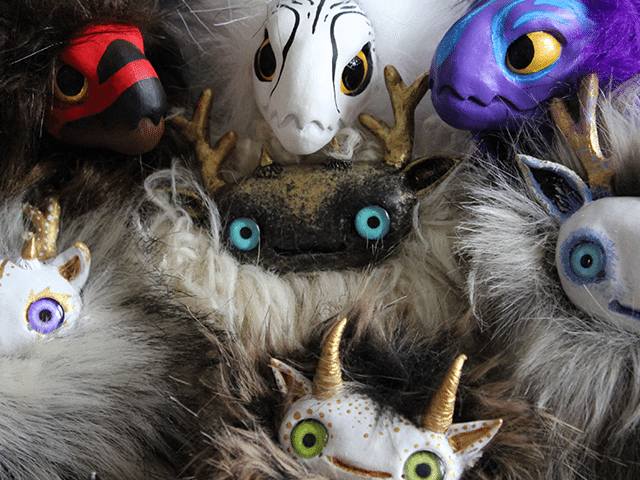 Rachael: There isn’t just one tool, I have a huge tool roll full of useful sculpting tools and paint brushes which I use pretty much every day. In fact, my most useful tool might be the tool roll that holds them all together ‘cause I’m really good at losing things!

Verity: Like Rach said, there certainly isn’t one tool! I do have my favourites, and those are some guitar-wire loop rakes that I made a while back, as well as certain metal tools that I love using with Monster Clay.

Rachael: I tend to start straight from scratch when I make dolls, but often I end up customising Creature Cave sculpts when we collaborate and I find that really refreshing.

Verity: I haven’t done much customising yet but perhaps that will change soon!

Rachael: I would have to say Miss Monster. (@missmonstermel) her art dolls are awesome and I love her sculpting style not to mention her fab paint work!

Verity: I’d have to say Miss Monster as well. She’s been my main inspiration for a long time, and I absolutely adore her creatures and critters and her style is just so satisfying to look at. 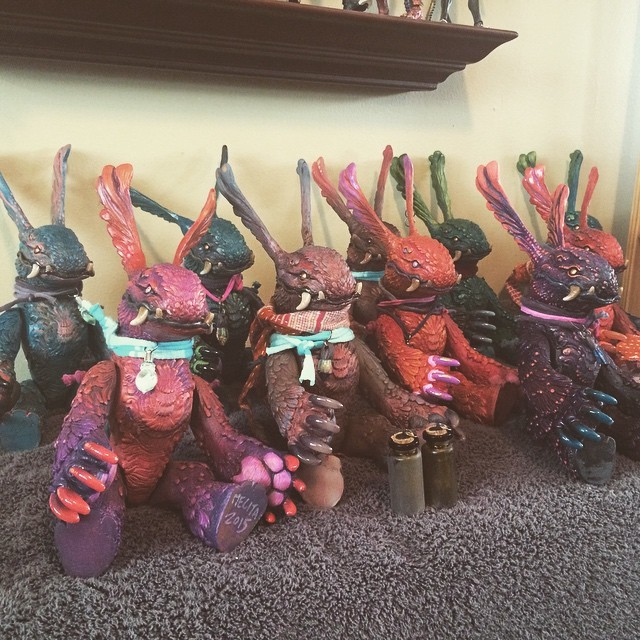 Rachael and Verity: Our biggest influence has been signing up for toycon2015, it’s been a big motivator! Also, just discovering all the amazing artists that will be exhibiting this year and seeing what they’re creating. It’s been just a huge creative uplift and we can’t wait to see everyone this year!

Rachael and Verity: Pretty much everything we have made is new for ToyCon, as relative newbies we have a few existing designs but once we booked onto ToyCon we really expanded our pool of designs, so nearly everything you will see will be new.

Rachael: I am really excited to see what Stitches & Glue have to offer, their stuff is super creepy and cute and I love it!

Verity: To be honest, everyone! I’ve never exhibited at a convention before, so it’ll all be a brand new experience for me, and I can’t wait to see how it all plays out!

TTC Note: Unfortunately, since this interview with Green Chimera, Stitches & Glue have had to pull out of ToyCon this year. Hopefully they will be back in 2016.

Rachael: Yetis and Friends, I love the Yetis and their simple but adorable designs and I would love to hear more about their designs and how they are made.

Verity: I’d love to see not only Melita Curphy (@MissMonster), but also Josh Hardie (@creaturekits), as his stuff is absolutely brilliant. His tiny monsters and creatures are wildly inspiring to me!

Rachael: That’s a toughie, I don’t own many designer toys, as a newbie but I do have a lot of old stuffed toys that I’ve had since I was a baby, my first bear, Friday or my sisters old stuffed cat Misty would have to come with me.

Verity: Hmm good one. I’d have to say my hand-made Gordon Freeman plush that my friend Sarah Welsman made for me!

Tickets for ToyConUK are still available HERE! See you in four weeks!