Each artist designed three Dunnys which show the art of evolving, and some weird & wonderful pieces were released. Lets take a look at the 15 pieces that were included in the Dunny Evolved Series.

We’ll start with probably the weakest of the series, sorry Frank. Don’t get me wrong, they are nice Dunnys. Just nice. Nothing to make me want to go out & spend hard earned cash on a blind box. When there are artist releasing extremely detailed Dunnys it is a little disappointing to see a highly regarded artist produce something that does look rushed. Although I should say that the sea creature piece is a very nice design. The mold is something different, which is always good to see from Kidrobot. 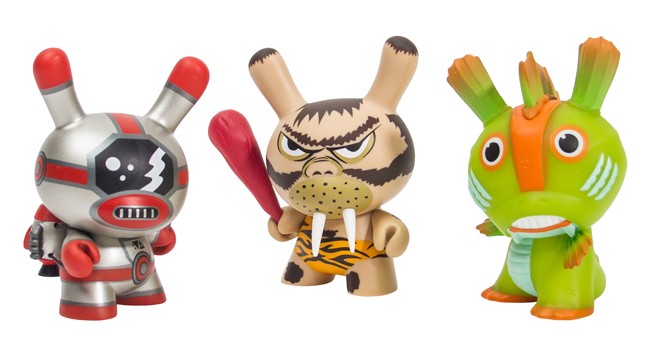 The series does get much better though.

Next, we’ll take a look at the release from Kidrobot golden boy – Huck Gee.

When the first image of Huck Gee’s ‘evolution’ dropped, I wasn’t keen. However, as the two further pieces were revealed it all fell in to place. The first being a young, fresh, police academy trooper, evolving into a full blown futuristic ‘RoboCop’ mecha trooper! 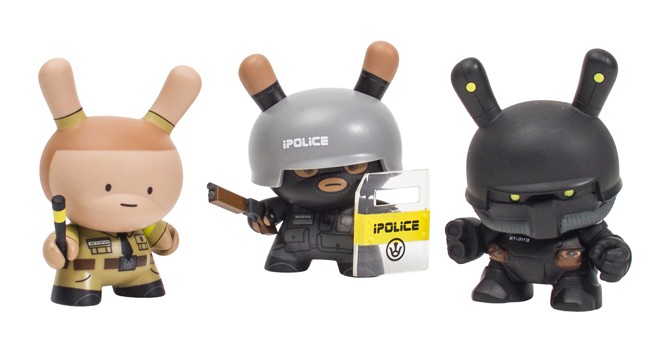 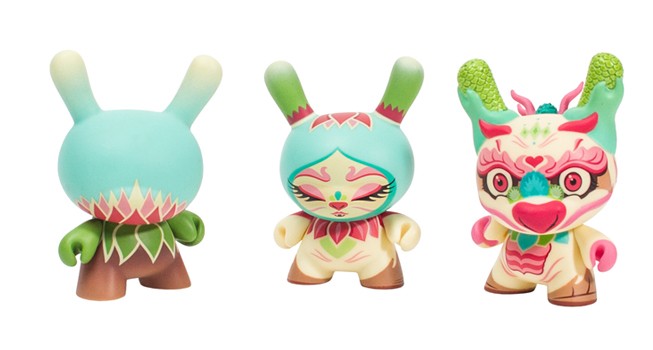 One of my favourite evolutions comes from South African based designer, Kronk.  The Strip Club Animal. Starting a mild-mannered tuxedo’d up gentleman, ending the night as a howling neon-green wolf type Dunny (another great new mold, KR!) 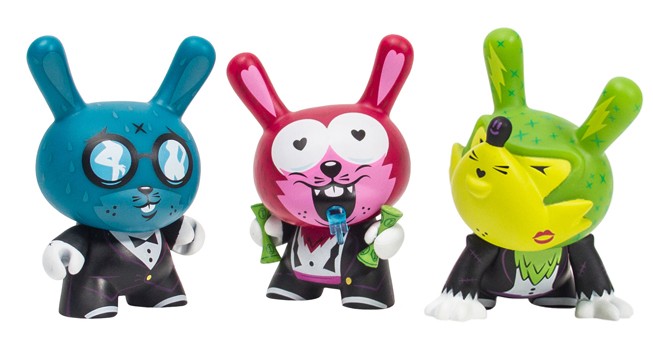 Now, finally, on to the Pièce de résistance of the Dunny Evolved Series. From Mr McBess. I’ll just let you take a look at the three beautiful pieces. Soak them up…. 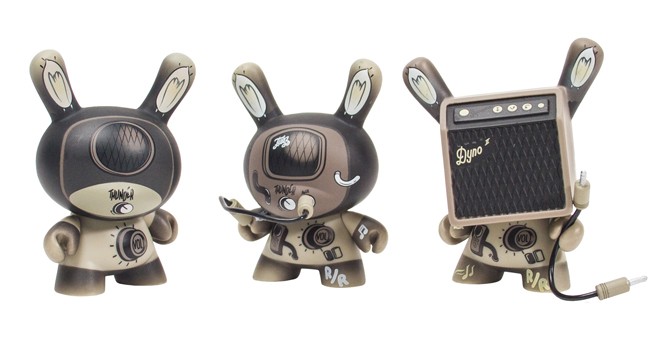 McBess and his usual rock-n-roll style designs have been perfectly captured in this evolution of the speaker. Everything from the design, the colours used, the mold on the final evolution, everything about this piece looks classy and well thought out. McBess is at the top of the chain right now, it seems that whatever he puts his hands to he knocks out of the park. From Dunnys to London Tube Posters. These three Dunnys are hot damn awesome.

Dunny Evolved was released on 10th October 2013, and are priced at around £9 per blind box.