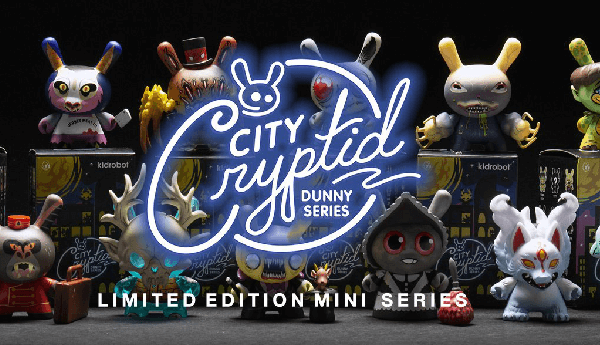 This past weekend saw the release of the new multi-artist Kidrobot Dunny series – City Cryptid curated by Mr Scott Tolleson. A selection of artists were involved in this series, some of which have never had the pleasure of creating a production Kidrobot Dunny before. First revealed at NYC Toy Fair in February (read HERE), this series has definitely been accepted well in the Designer Toy community. Hopefully that will be reflected in sales too. Check out the designs below… 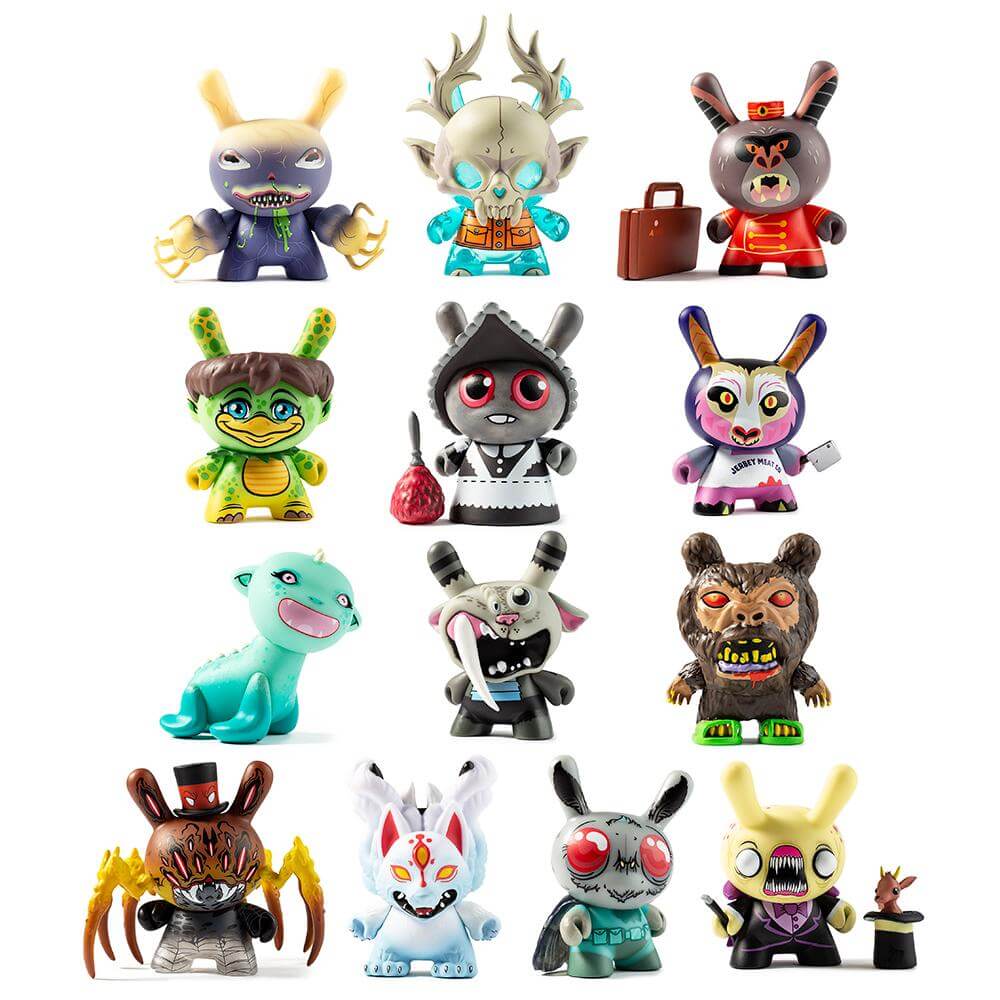 Featuring the artwork of Greg “Craola” Simkins, Chris Ryniak, Alex Pardee, Charlie Immer, Amanda Louise Spayd, Chris Lee, Candie Bolton, Skinner, Tara McPherson and Scott Tolleson. These City Cryptid Dunnys are now available from your favourite Designer Toy stores. We’ve kindly linked you to a few of the TTC favourites. You can expect to pay around $12/£12 per City Cryptid blind box. A full case of 24 will set you back around $288/£288.

There was also a Case Exclusive too. Mr Scott Tolleson’s Wendigo got an alternate colourway. These were available in limited numbers for those that purchased a Full case of City Cryptid Dunny. Some stores may still have the Case Exclusive available. You’ll need to drop them a message first to check. 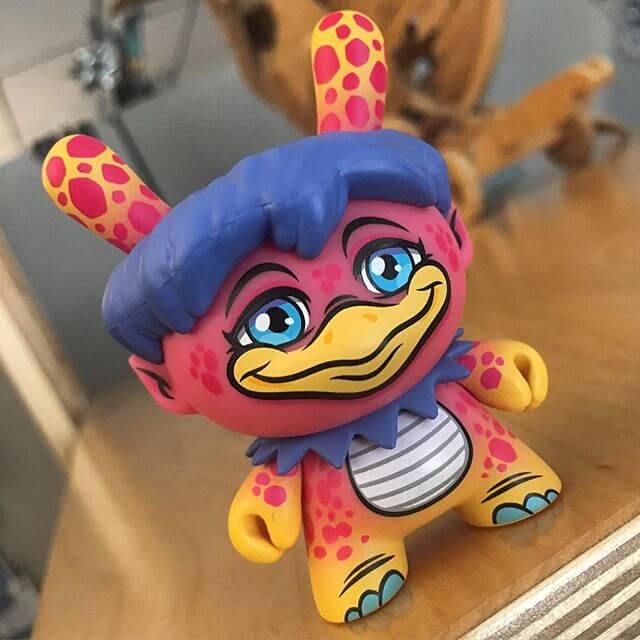 Always good to know the ratio of Dunny in these series…

From what we’ve seen of folks opening their blind boxes, the ??? in the list refer to the alternate colourway of Sasquatch by Skinner, an alternate colourway of Loch Ness Monster by Tara and a second face design of Wendigo by Tolleson himself.  We don’t know the ratio to these. They could be super common, or super rare. All the fun of the blind box game we love!