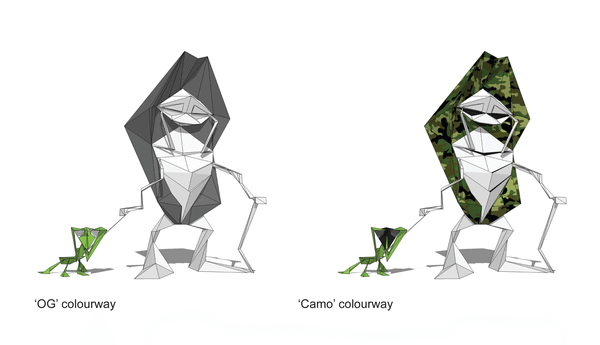 Following the sad demise of Art Unknown, there were always going to be a few casualties and unfortunately one of these casualties happened to our good pal – Chris Dobson AKA alto. alto was working on The Forager with Art Unknown. The Forager was one of a series of pieces that were planned for production. This Beleaguered Beetle and his Praying Mantis companion are ageing and homeless, the Forager is left to wander the barren winter lands, in search of his next meal. Forlorn and weary, his little preying mantis companion keeps the last of his spirits alive, as he slowly makes his way through the world.

From our picture below, we see there were several planned colourways of The Forager. Our favourite, the Camo. Obviously. Which is yours? 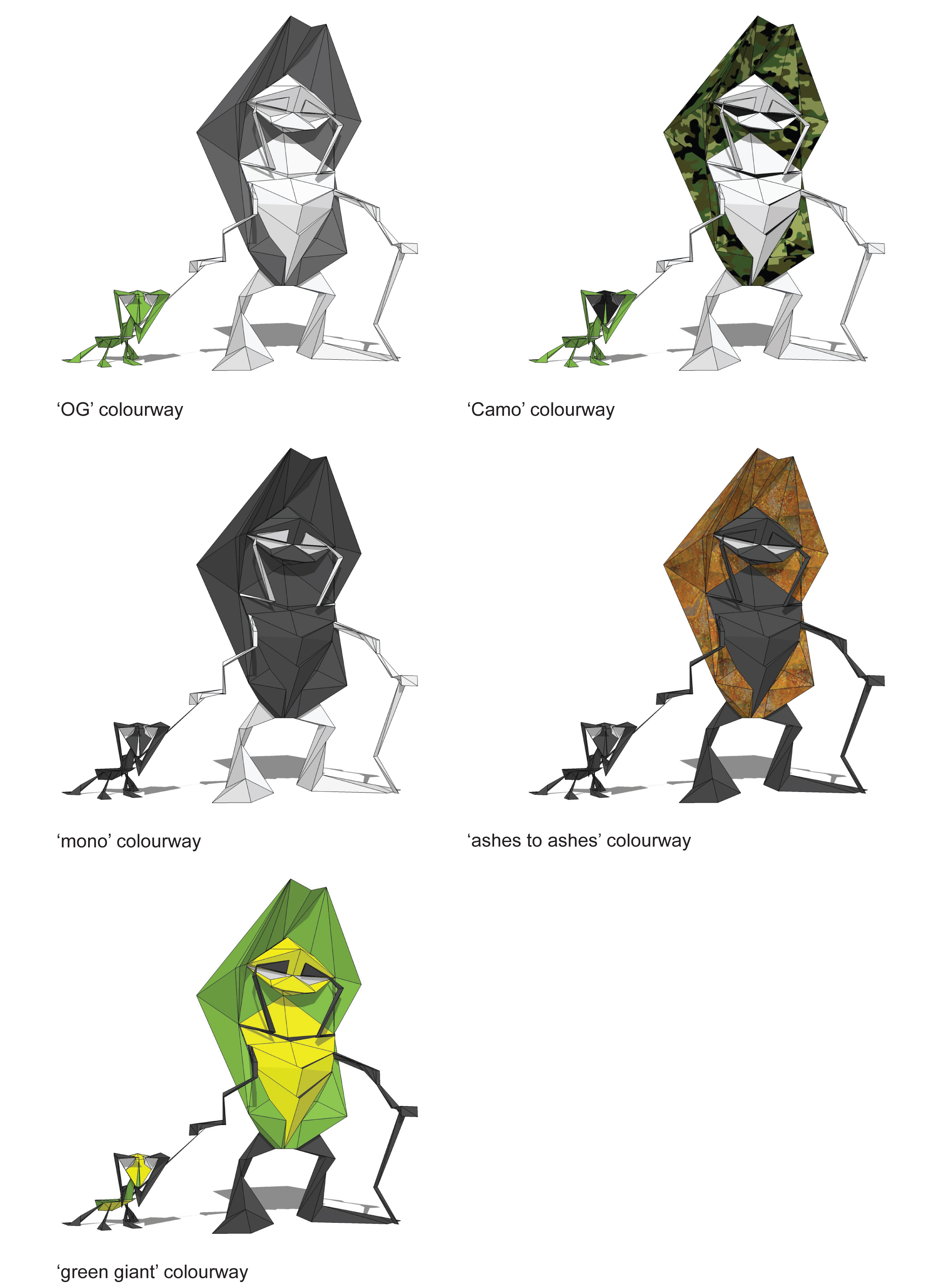 The Forager is searching for a new home. If any of The Toy Chronicle readers are in the right position to support alto and get these in to production you should email Chris directly at: c_i_dobson@hotmail.com

We hope that these see the light of day eventually.