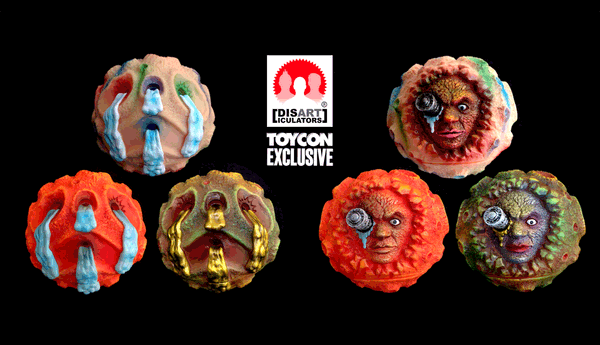 The Disarticulators‘ Tru:Tek is proud to reveal that he’ll be guesting at the Toy Shack’s ToyCon UK ’15 booth this weekend, bringing along a whole slew of different Oozeball sofubi to the table! Manning the booth between 11.30am – 1pm this Saturday, April 25th, here’s a quick rundown of what you can expect from the artist-come-toy blogger… 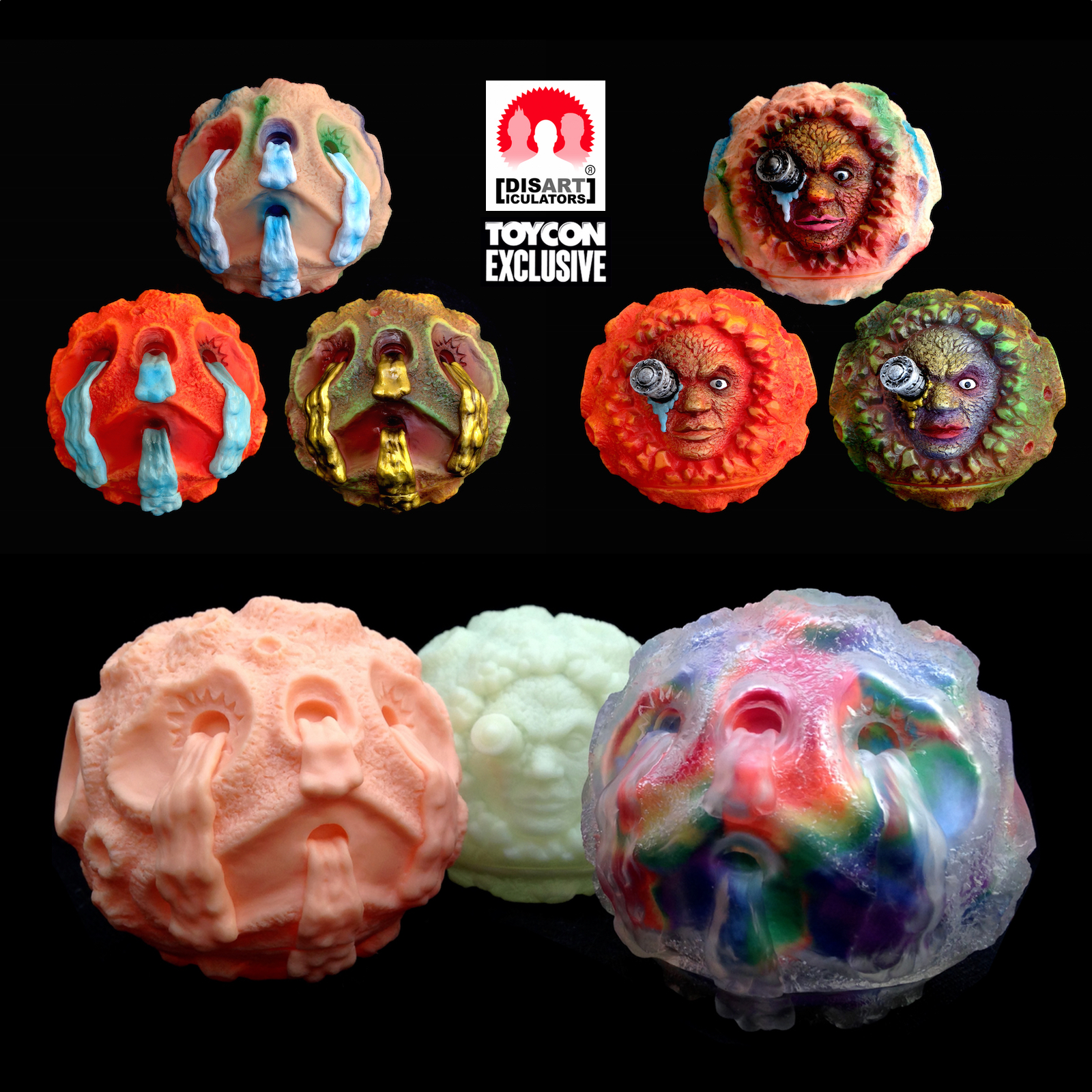 RAMPAGE TOYS ONE-OFF CUSTOMS// The Disarticulators have joined forces with Rampage Toys‘ Jon Malmstedt for a trifecta of one-off customs! Produced in a non-squishy flesh-toned soft vinyl this time around – sadly sans squeaker – the Tru:Tek-designed, Zectron-sculpted balls have been treated to layers of unique sprays, rubs and brushwork. Rather aptly titled (from left to right) “Red Planet”, “Funfetti Ooze” and “Golden Sludge”, the trio will set you back just £65 a piece.

TOYCON UK EXCLUSIVE “PREDATOOZE”// Produced in a squishy clear matt soft vinyl this time around, the vintage-style “squeaky toy” has been filled to the brim with custom tie-dyed pom poms to resemble the infamous thermal imaging effect from cult 80’s flick, Predator. Limited to an edition of just 8 – including a “Deep Heat” chase – alongside just 2 variants in a “Stealth” colorway (without pom poms), the “Predatooze” Oozeballs come packed with a deluxe double sided header for £35 and £32.50 respectively.

NON-SQUISHY “GID” AND “FLESH”// Joining both Predatooze and the Rampage one-offs, Tru:Tek will also be bringing along a super-limited batch of Oozeballs in both GID and flesh-toned non-squishy vinyl. Capped at just 2 of each and never to be repeated in this format (i.e. unpainted!), these come packed with custom header cards for just £30 each.