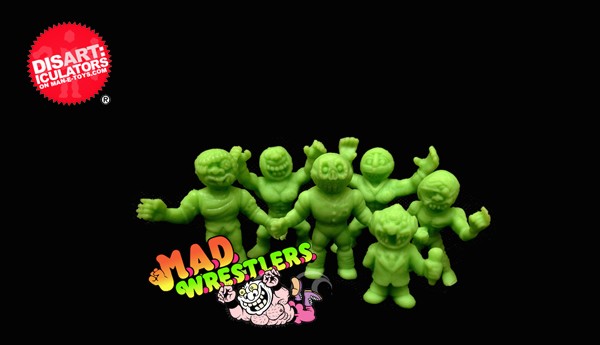 Tru:Tek shares with us his latest collaboration with Monster Island, the Mad Wrestler keshi!

“Originally seeing a limited resin release at Toy Art Gallery back in May, the Mad Wrestlers from Monster Island are finally getting a release in rubber courtesy of the Disart ToyLabs this weekend! Heavily inspired by the Weirdballs mini figure off-shoots, these ingenious little guys feature modified KO Madball popper heads that have been kit-bashed with a number of different M.U.S.C.L.E bodies. 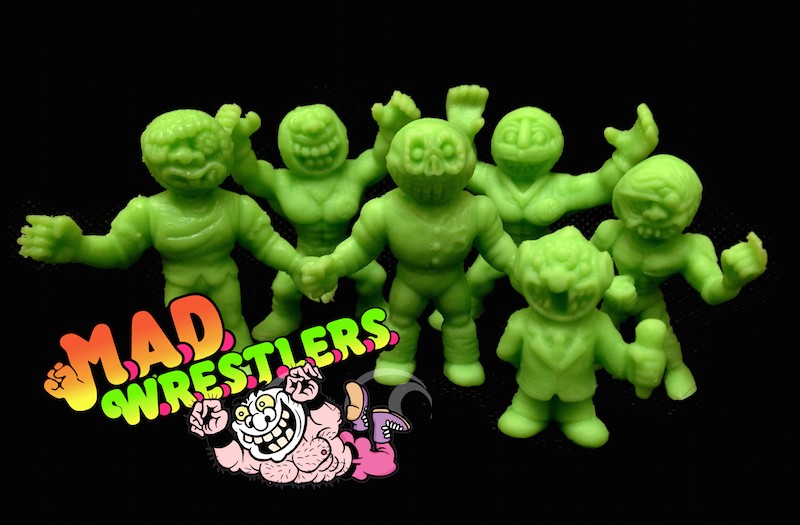 Featuring a total of 6 different designs from Monster Island’s Paul Bas – 3 more than the original release – the group have all been recast by the Disart ToyLabs’ Tru:Tek in a flexible, UV resistant rubber. 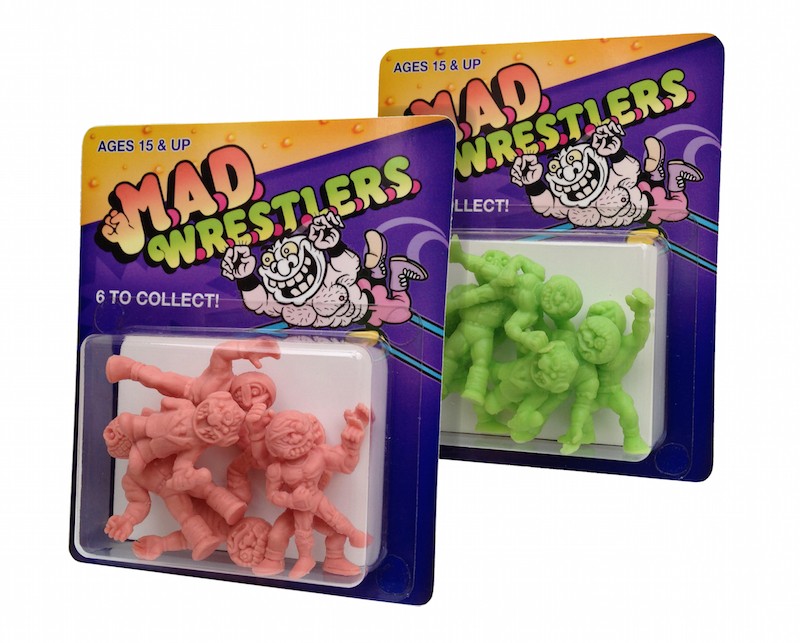 Coming packed on authentic, hand cut “Madballs Vs. M.U.S.C.L.E” cardbacks featuring art from AshMadeThis, the figures will be making their keshi debut in 2 different limited edition colorways – a vibrant “Lime Green” and the standard “Flesh-tone” – both coming in at just $55 a set plus shipping.

Dropping as part of a unique, cross-Atlantic release, expect to see the flesh set touch down in the Man-E-Toys/Disart store on Sunday, September 6th at 3pm GMT (10am Eastern), whilst the lime will be making an appearance in the Monster Island store on the same day 5 hours later at 3pm Eastern… Look out for details of the next DCon exclusive release soon!