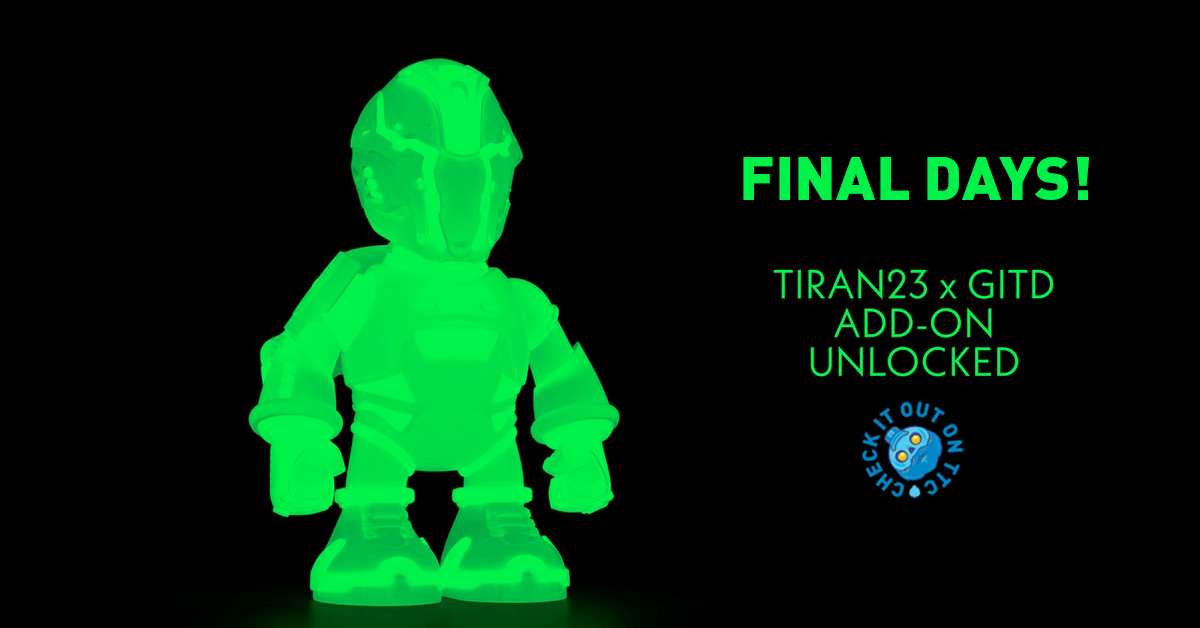 You may recall, if you cast your mind back to August 2020 (soooo long ago, right) to a time when we wrote about the start of the TIRAN23 Kickstarter campaign (read HERE) had just started. Now 26 days later, we are on the verge of the campaign being completed. In 68 hours (or by 25th September) the TIRAN23 campaign will be finished, but will it reach its target goal of $16,000? Well, hopefully, yes! The campaign currently sits on over $15,000 with around $600 to go to hit the goal and the campaign being funded on Friday!

What can you do to help? Well, have you already backed the TIRAN23 Kickstarter? That’s a great start. If you haven’t, you can do so easily enough. If you have backed it already, you can perhaps use their add-ons to top up your pledge to get them over the line this week. Check out details below….

BACK THE TIRAN23 KICKSTARTER HERE!

TIRAN23 is an interstellar being that is awoken from his comatose state unaware of who or where he is. With the ability to jump through multiple dimensions, he travels to the past, present, and future in search for his creator and others like him. The suit he wears scans his surrounding environments and allows him to camouflage, leaving him undetectable. While seeking to understand his higher calling, TIRAN23 vows to protect humanity while also collecting relics along his way. Eager to begin his journey, TIRAN23 ventures out to the great unknown.

LORE: “Alone and lifeless, TIRAN23 drifts aimlessly in the void. His backup reboot systems flicker on: “System initializing…Lifeline protocol…critical damage… rebooting…rebooting…initializing defibrillator sequence…3…2…1…result negative… increasing voltage…3…2…1….heart rate detected…systems normalizing.” TIRAN23 awakens after being resurrected by his suit. Disoriented, he accidentally activates the cloaking sequence built into his arm gauntlet that scans his environment and blends him into the void. Still unaware of the capabilities of his suit, he unknowingly activates his jetpack and opens a time rift. In a blink, he’s gone…”

LORE: “Deep within a rift between space and time, TIRAN23 is blinded by bright streaks of light. Jumping through millions of dimensions in a single second, he can’t help but feel a sense of déjà vu. He suddenly hears a faint voice echoing through his helmet, “Fate awaits you…” A power surge then flows through his suit and TIRAN23 can feel himself radiating with an extraordinary amount of energy. Confused and caught in the chaos, TIRAN23 initializes his cloaking sequence, blending his suit with the light. Unaware of where this rift is taking him, TIRAN23 activates his jetpack, catapulting himself out of the time rift into the unknown.”

LORE: “After beaming himself out of the time rift, TIRAN23 is on a trajectory towards a planet radiating with a mysterious orange glow. He feels an immense gravitational pull overriding his systems causing jetpack failure as he enters the atmosphere. Burning up on his descent, TIRAN23’s suit initiates a crash landing protocol to gather all remaining power and engage in full-throttle flight seconds before impact. After the dust clears from the landing, he looks around for any sign of life, but there is only rocks, smoke, and magma flowing through the cracks in the ground beneath him. Giving his suit time to recharge, TIRAN23 begins to search the planet for answers, preparing to face any force he comes across.”

The figures themselves start at $70 early bird reward, where you would get one of the three colourways (you decide) and you would also get an associated enamel pin, print and storyboard for each character. If you happen to miss out on the early bird, you would back each figure at $80 (and still get the pin, print etc). There are other packages that allow you to get more than one TIRAN23 figure etc, all the way up to a $400 package for a chromed TIRAN23 figure (along with all three figures in their original colourway too PLUS the pins, prints & storyboards too).

BACK THE TIRAN23 KICKSTARTER CAMPAIGN HERE