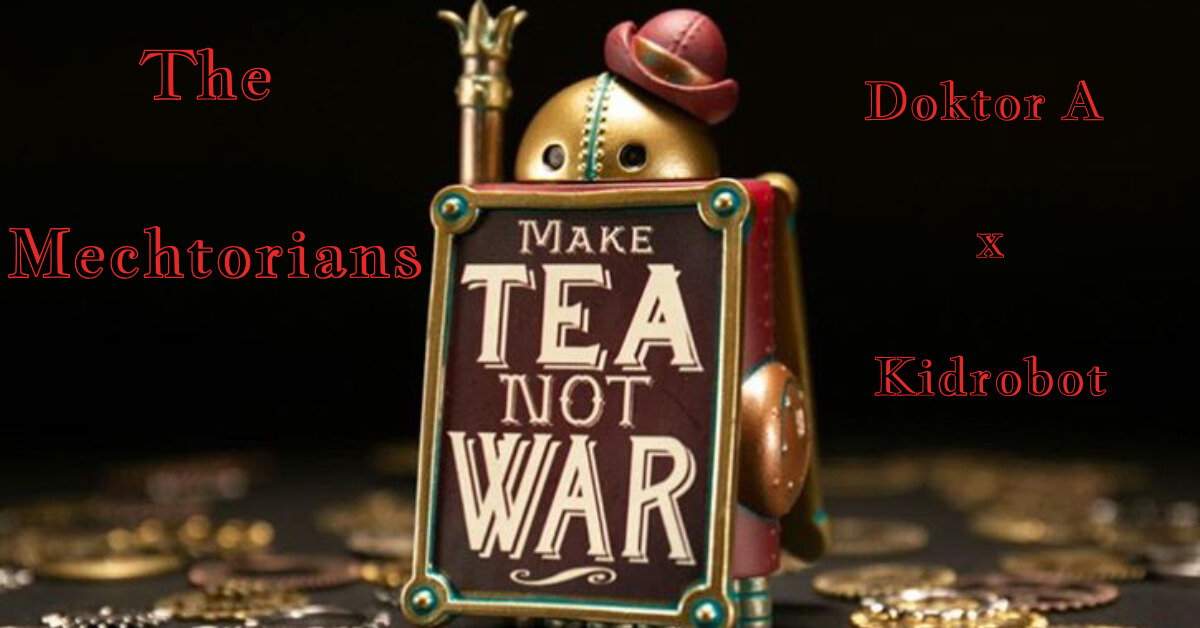 Behold!  The newest collection from Doktor A and Kidrobot has arrived!    The Mechtorians.  These steampunk-styled mini figures are each delicately crafted robots from the mind of Doktor A that tell a fascinating story of robots created and abandoned forging a new life on their own– you get to decide what antics they take part in once you get them home! (Or you know… just display them… ) But these guys are so neat, they beg to tell all the stories your imagination can concoct! 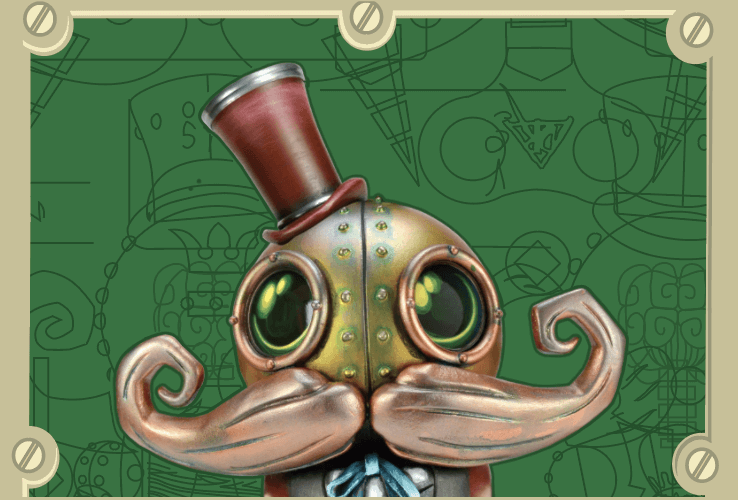 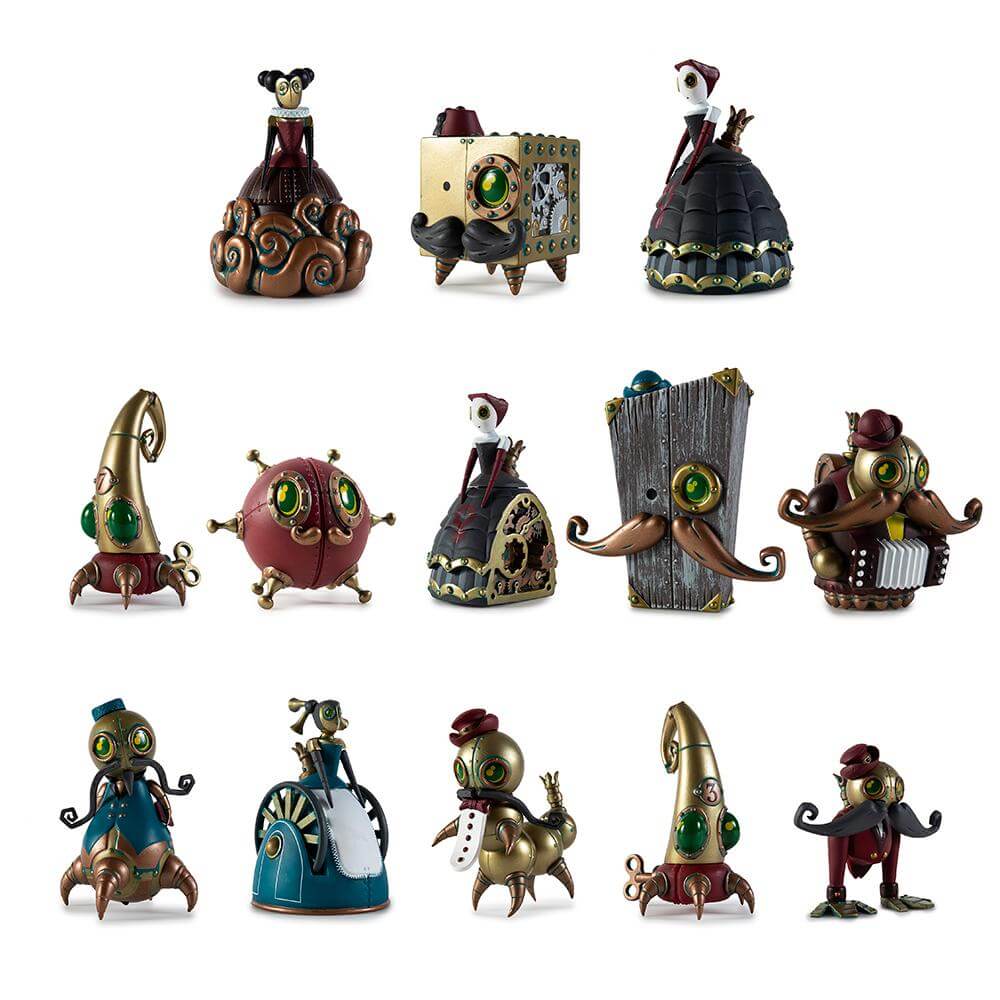 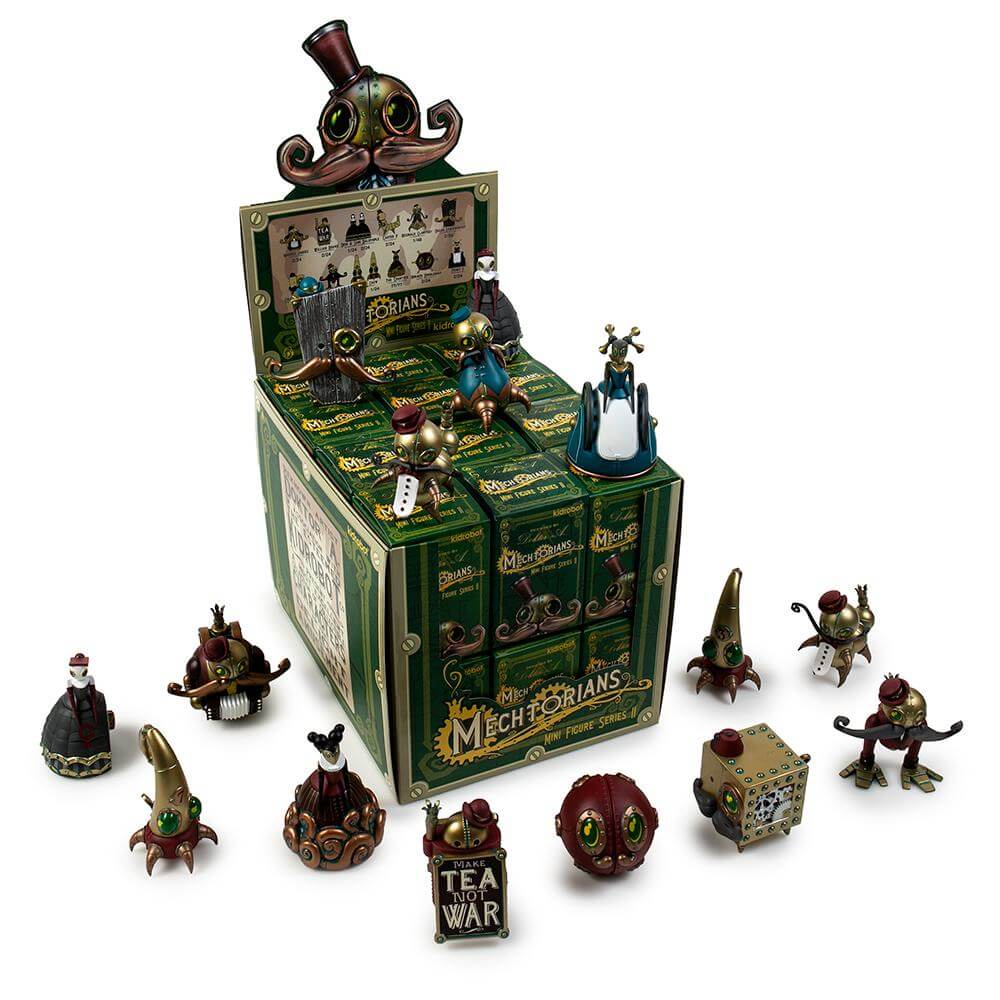 “As the story goes… The year was 1871, Professor Whistlecraft sends a small robotic population to another planet to be able to head off any alien invasion that might attempt to ruin our world. After a long period of time and no alien invasion, the robots were abandoned by their creator and established their own world… a mighty, tiny world with two tea times!

Each figure in this incredible vinyl mini series comes with a collectors card that gives information about the character.  Both come sealed in foil bags and blind box to preserve the rarity, collectibility and surprise of each unboxing.  Collect the full series now at Kidrobot.com!” 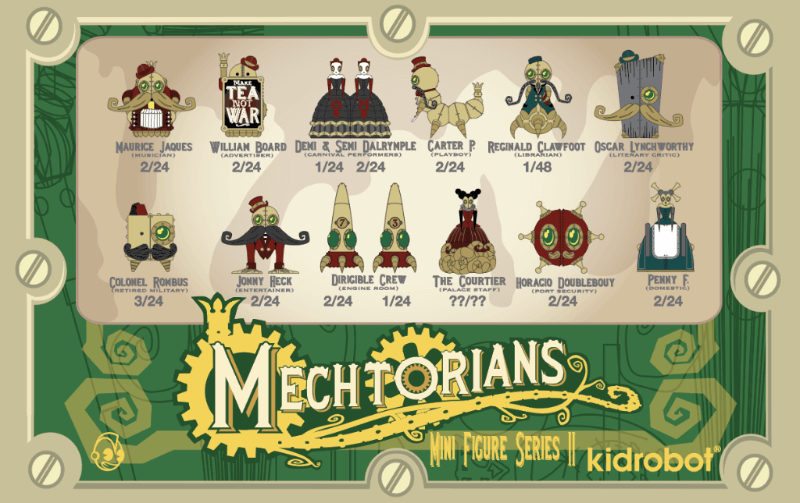