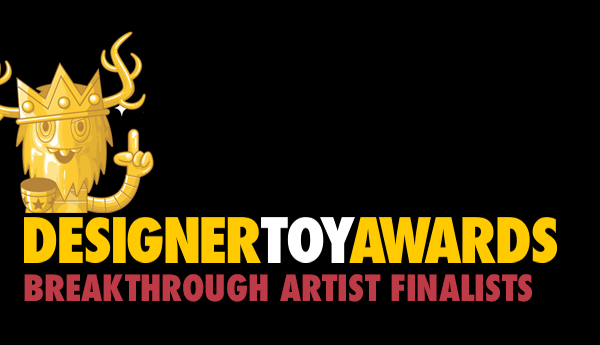 Presented in recognition of an artist who gained significant field-wide notice last year. While they could be relatively new to the scene or a professional who struggled for years, their dedication to Designer Toys and making a place for themselves within the community is honored with this award. Not only should they have had a variety of outstanding releases last year, but also an increased fan base and overall visibility.

Requirements
• Active and productive last year by creating original designer toy works and/or designing pieces for production.
• To be considered for Breakthrough Artist, the artist can not have had a Designer Toy release prior to last year with an edition size greater than 50 pieces.

Huge congratulations to the nine artists that made a massive Break-through during 2016!