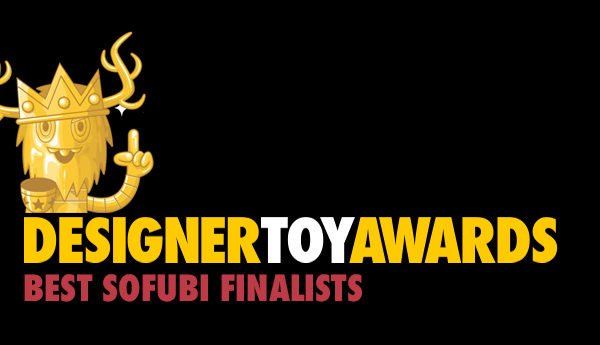 Presented to the best Designer Toy manufactured platform using a sofubi (Japanese soft vinyl) style of production. This category celebrates the manner in which Japanese production techniques, factories, and design styles have become a mainstay for the Designer Toy market. The manufacturing quality, sculpting, and innovative colour variations will all be considered for this award.

Please note: This category is only open to platforms cast in sofubi. Pieces made out of “Western vinyl” (usually from China) should be entered in the Best Vinyl category.

Requirements
• Release must be a brand new Designer Toy, or a significantly modified version of a previous release, that was debuted last year.
• The majority of the release must be made out of soft Japanese vinyl.
* Must be a stand-alone release and not part of a series (see Best Mini-Series).