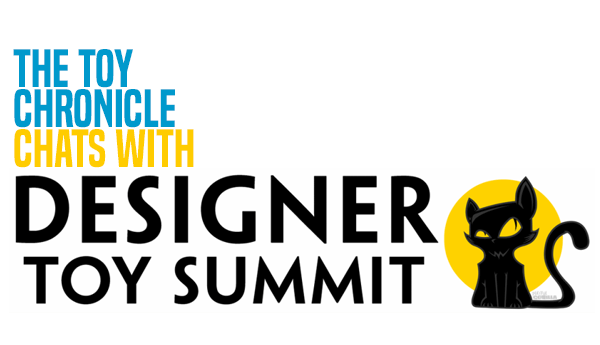 TTC: Hey, so let us know who you are and what you’re doing?

DTS: We are Gavriel and Starr of Discordia Culture Shop and Discordia Merchandising, (and a ton of other projects too long to list here) and as far as we know, we are currently developing the second Designer Toy specific event on the North American Continent. 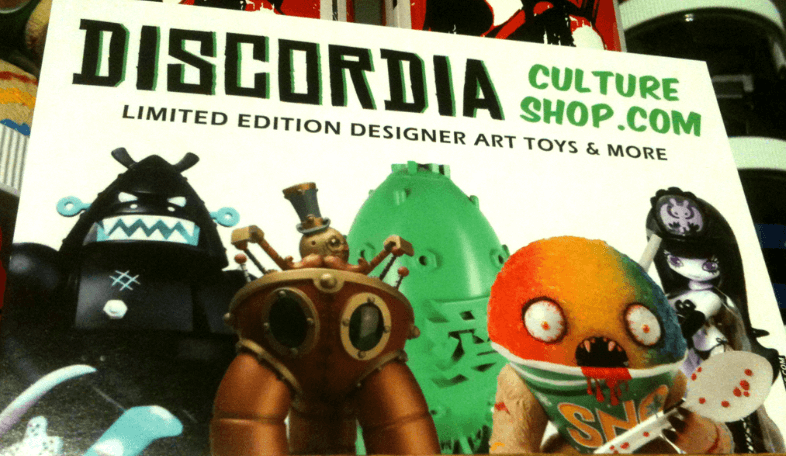 TTC: What were your inspirations for starting Designer Toy Summit?

DTS: I would say the wide selection of Designer Toys from amazing artists we support are our inspiration for everything we do.

As Discordia Culture Shop we have vended several dozen events in the last 3 years alone. And have inspired a whole new crowd of toy collectors by exposing your run-off-the-mill comic and anime convention crowd to the world of Designer Toys. We get a lot of parents, for instance, who are bored with modern crappy corporate toys, to realize there is this special new world of art toys they can get into that is more grown up and on their level.

So now we will cater to all the Designer Toy heads, coming together for an event dedicated solely to this new art toy scene.

TTC: What do you hope to achieve in the long run?

DTS: We hope to see this event evolve, and take its own shape. And we will be there to change and grow with it. We are opening this event up to the DIY custom toy community in a big way, so they may see this as their event to take over and we will be glad to let them if they want it bad enough.

We are really looking forward to the community coming together and seeing what kind of relationships can develop with everyone face to face. It is a Summit after all and good things happen at round-table meetings where everyone is on a level playing field.

TTC: What are thoughts about going up against the ‘Big Three’ conventions in the US – SDCC, NYCC and Designer Con? How do you differentiate between those three conventions and Designer Toy Summit?

DTS: I would not say we are up against anything.

We are going along with meeting a demand for more Designer Toy events that everyone is clamoring for on every level. We asked the public to respond to a possible 4 artist event, and when 20 artists responded from as far as Los Angeles, we decided to step it up, and go for an event with room for over 100 artists.

I would also say there is more of a Big 100 conventions. And that’s out of around 1000 fandom-based convention events across the USA every year (not event counting all the trade shows, film festivals, music festivals, and tattoo conventions).

There is room for a huge volume of events in th U.S. and especially in the Designer Toy world right now. There is a lot of room to grow and a lot of collectors to awaken. And we are just doing our part in our region of the U.S.

How Designer Toy Summit will be different is we are inviting all aspects of the DIY community from Customizers to supply and equipment Companies. Exhibiting everything in the world of 3d printing, scanning, laser etching, molding, dye, and sculpting supplies needed to make resin and other toys at home.

A DIY centric event will not just bring the collectors together to find exclusive treasures, it will introduce those collectors to something they can become a part of. Nothing is out of reach any more and it’s always the people who create everything that is really cool anyway.

TTC: Can you let us in on a couple of ideas you have planned for the Designer Toy Summit weekend?

DTS: We are still 8 months out, and have several add-on projects planned, but nothing we can discuss at this point. We will see how it develops and announce things as they progress. There will be exclusive toy releases from the community for sure. Discordia Merchandising has plans for such and we are not alone in that. We are looking forward to seeing who surprises us and brings exclusives to Designer Toy Summit. 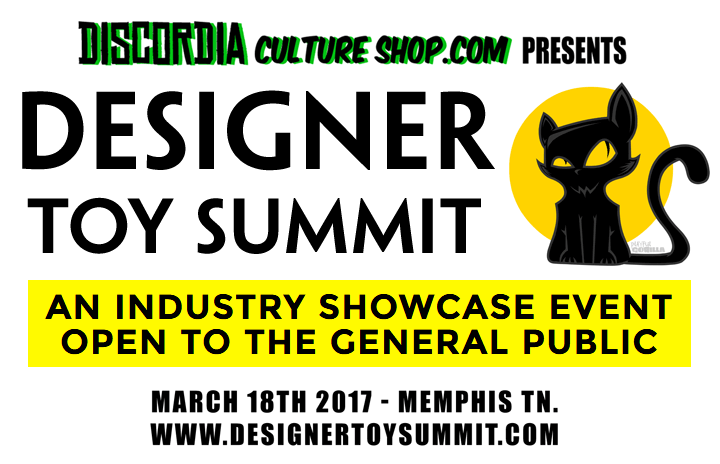 Most of the US population is in the eastern half of the country. And toy artists live everywhere. We have located dozens of custom toy artists alone, within 400 miles of Memphis. We are certain that there are tons of toy artists who will never find the West Coast convention scene accessible and we are going to change that with this event.

Most people don’t know this, but Memphis International Airport is host the 2nd largest cargo operation on Earth. Which is why Diamond Distribution has a warehouse hub in New York, and one in the greater Memphis area. As a major stop for flights, it is a perfect location to hold an event like Designer Toy Summit.

TTC: Let our readers know where they can find more details on Designer Toy Summit, your social media channels, where to buy tickets, etc.

DTS: Everything from VIP Tickets to Exhibitor spaces can be found at www.DesignerToySummit.com in the Menu List. We also have various Sponsorship and Advertising packages available to those who cant make it in person. There is also facebook.com/designertoysummit