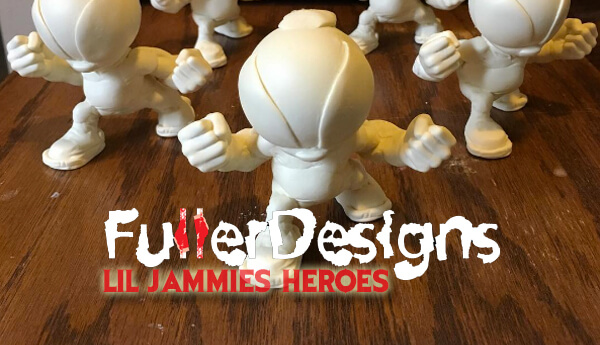 You’ve all see Fuller Designs sick customs and his own platform Lil’ Jammies. Prepare for Fuller to release his all new platform, Lil’ Jammies Heroes! all posed with crime fighting pose, all ready to take on Fuller’s air brushing skills. Fuller said to look out for Spider-Man, Venom, Spawn, Batman and Deadpool for his first set of  Lil’ Jammies Heroes. Obviously all in Fuller’s signature style. 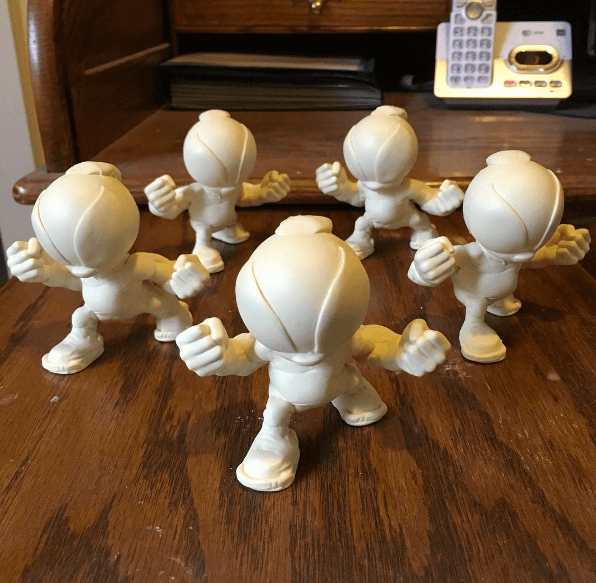 It would be interesting to see other customisers work on his platform too. Hopefully some DIY’s will be on sale or a small custom show in the near future. What do you guys think about the platform? Would you have a go at customizing one?

No official date for release yet so stay tuned for further updates.

The rest of James’ work can be found on hishttp://www.fullerdesigns222.com/ Twitter, Facebook,Instagram and StoreEnvy.