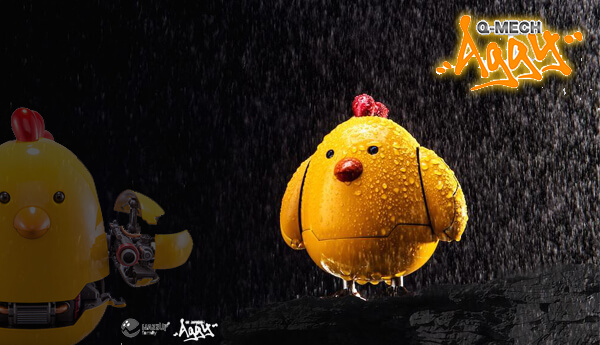 Chick chick chicken lay a little egg for me. More like laying down the law when you see this crazy ass chicken transforming mech. More weaponry than the north Koreans! We don’t normally blog about mass produced figures but this is too fun and cool not to show you guys. Designed by China customiser Inson Song of WazzUp family who’s known for OOAK crazy customs, the company Fanmade are producing this crazy ass chicken Climax Creatures series “Q-MECH AGGY”. 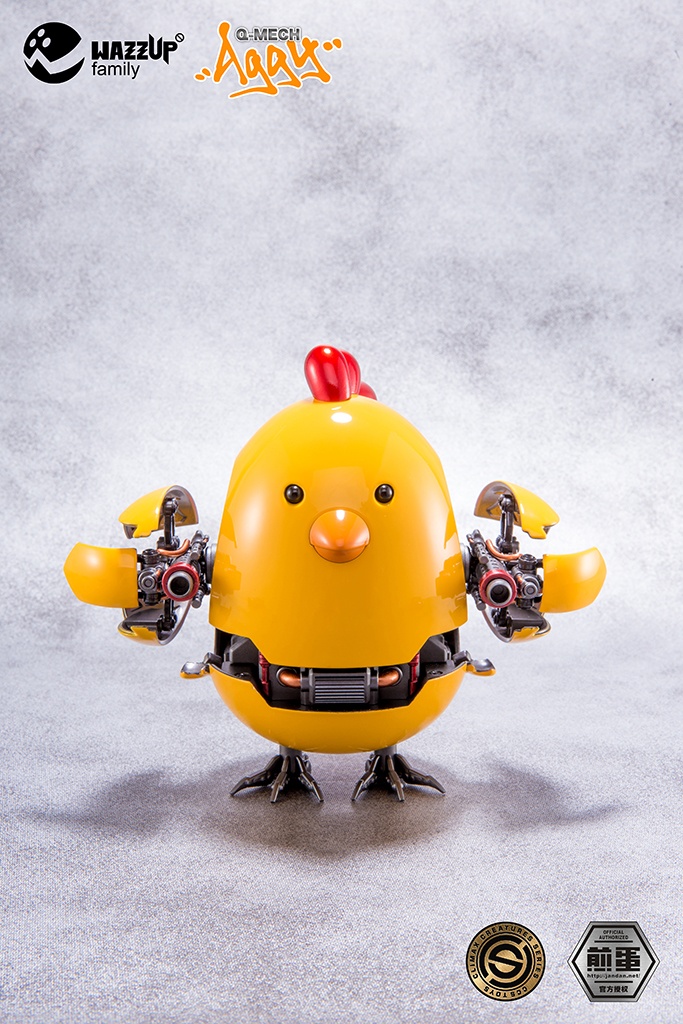 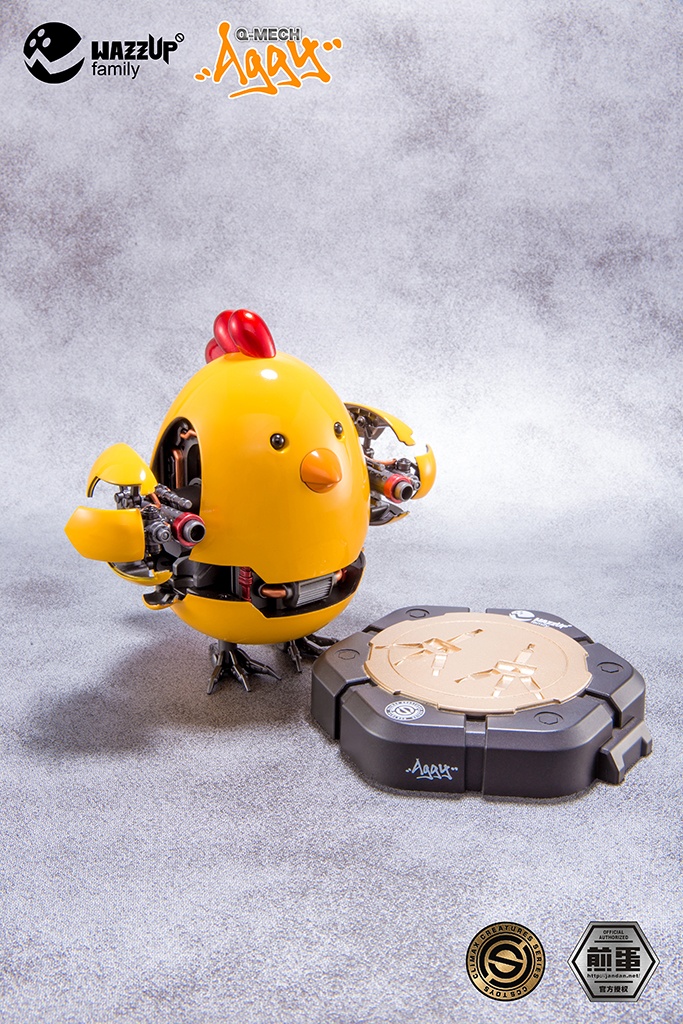 This is a designer toy inspired by a Mascot of a China website jandan.net.

The name in Chinese means Overloaded Chicken, which appear whenever the website server is overloaded.

The main body is composed of around 60% of diecast metal, mainly on the outer shell.
It also features transforming function to reveal its weapons hidden between its arms. 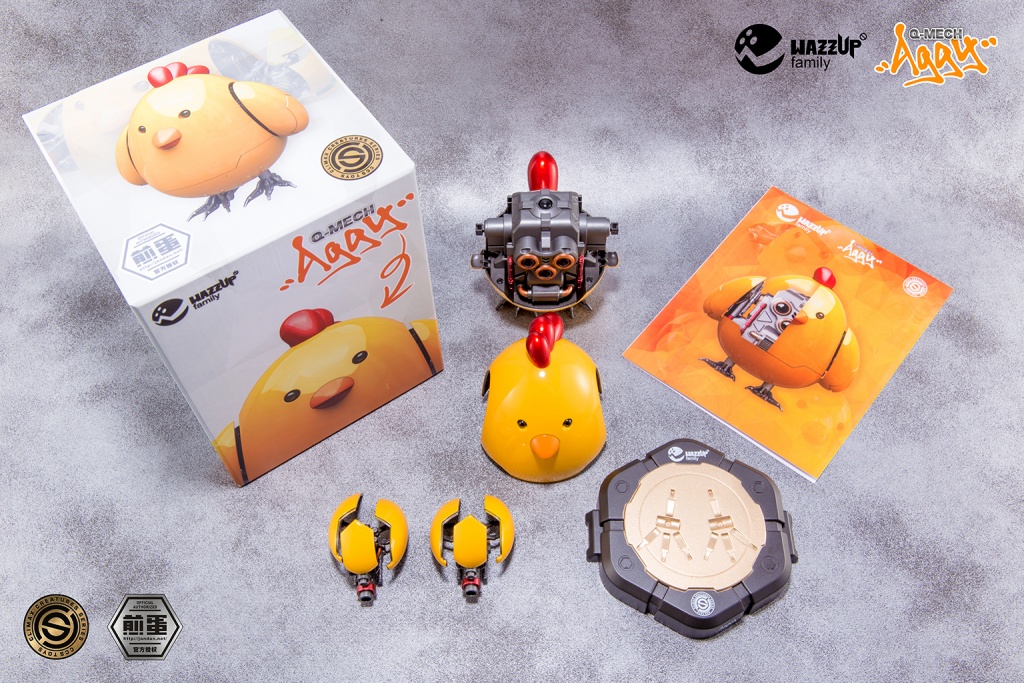 Both arms are detachable, enabling it to interchange parts with future products.

– the wings can transform to blaster form

Pre-order of USD 59$ at http://www.robotkingdom.com/, https://www.bigbadtoystore.com, http://www.toyopen.com/ no luck in finding a Euro shop for pre-ordering, but the shops stated all have international shipping. 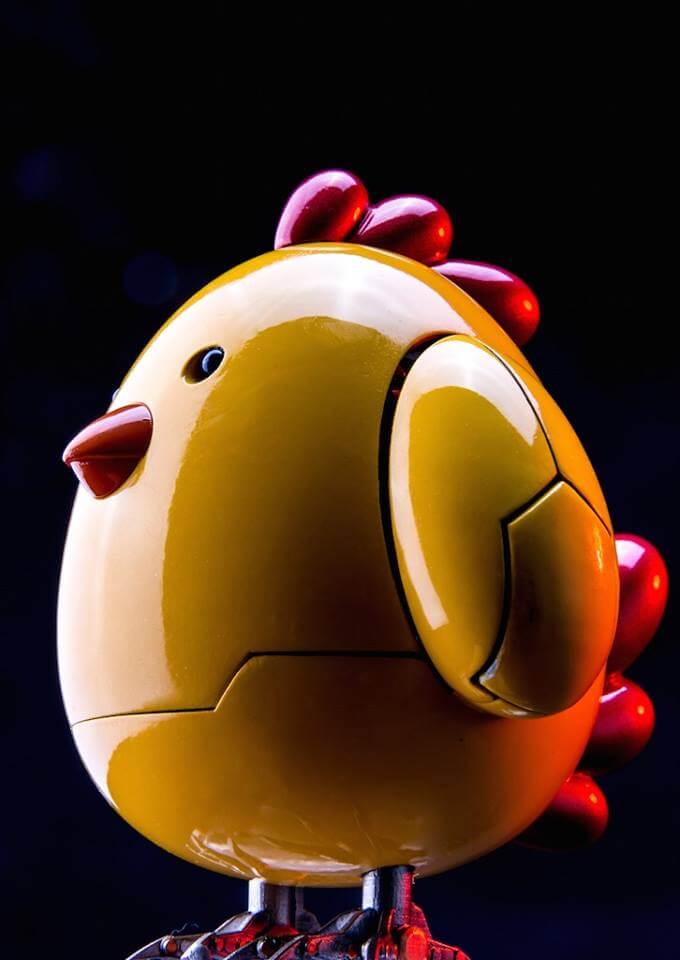 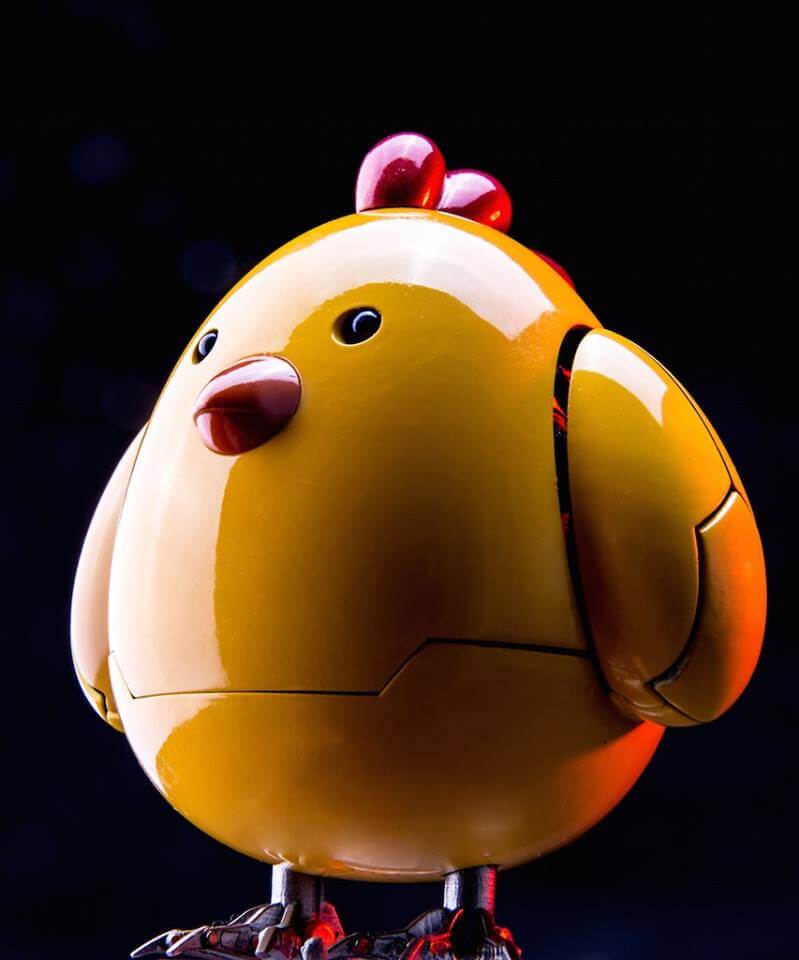 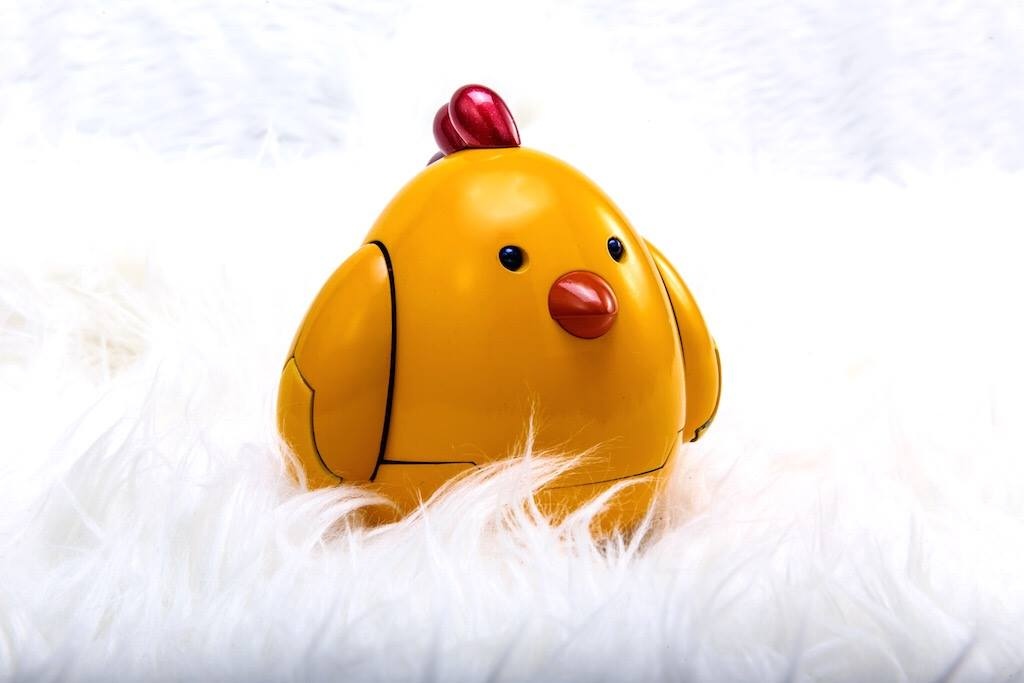 Check out his own custom of his Q-MECH AGGY  “Hyper jet X-mas” versions. Yeah close your mouth and wipe your drool. 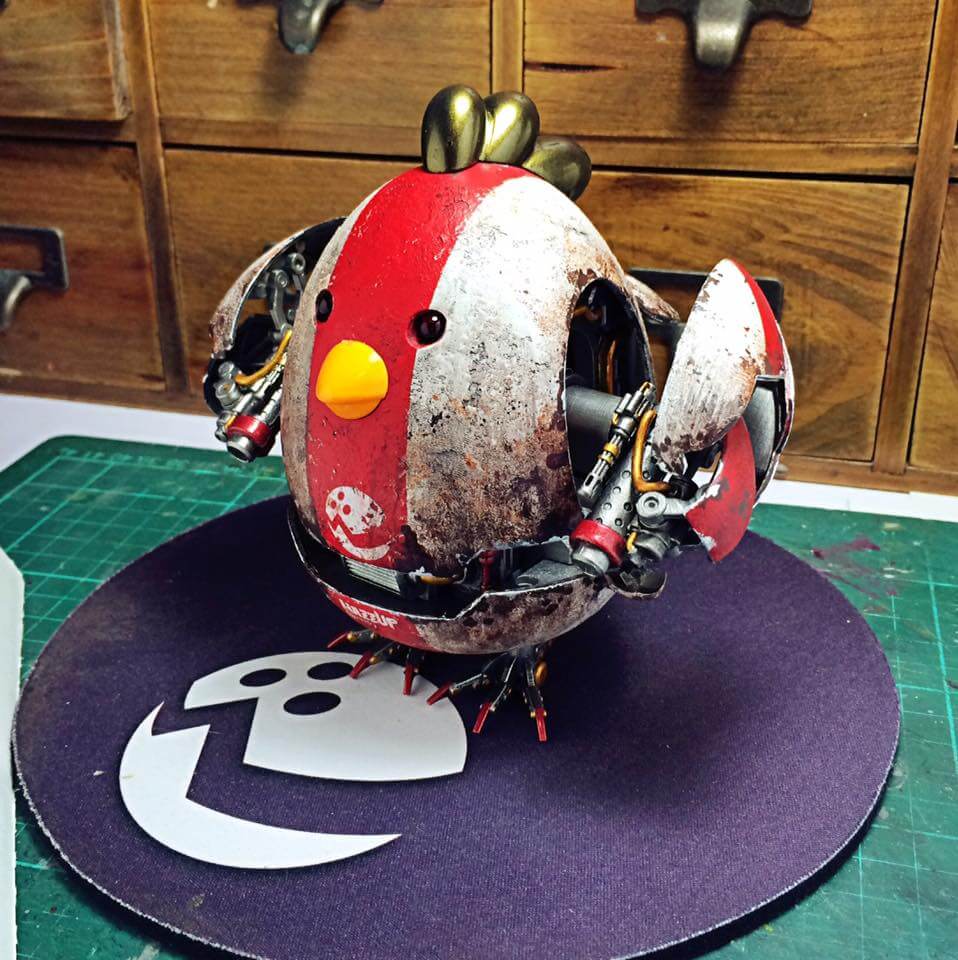 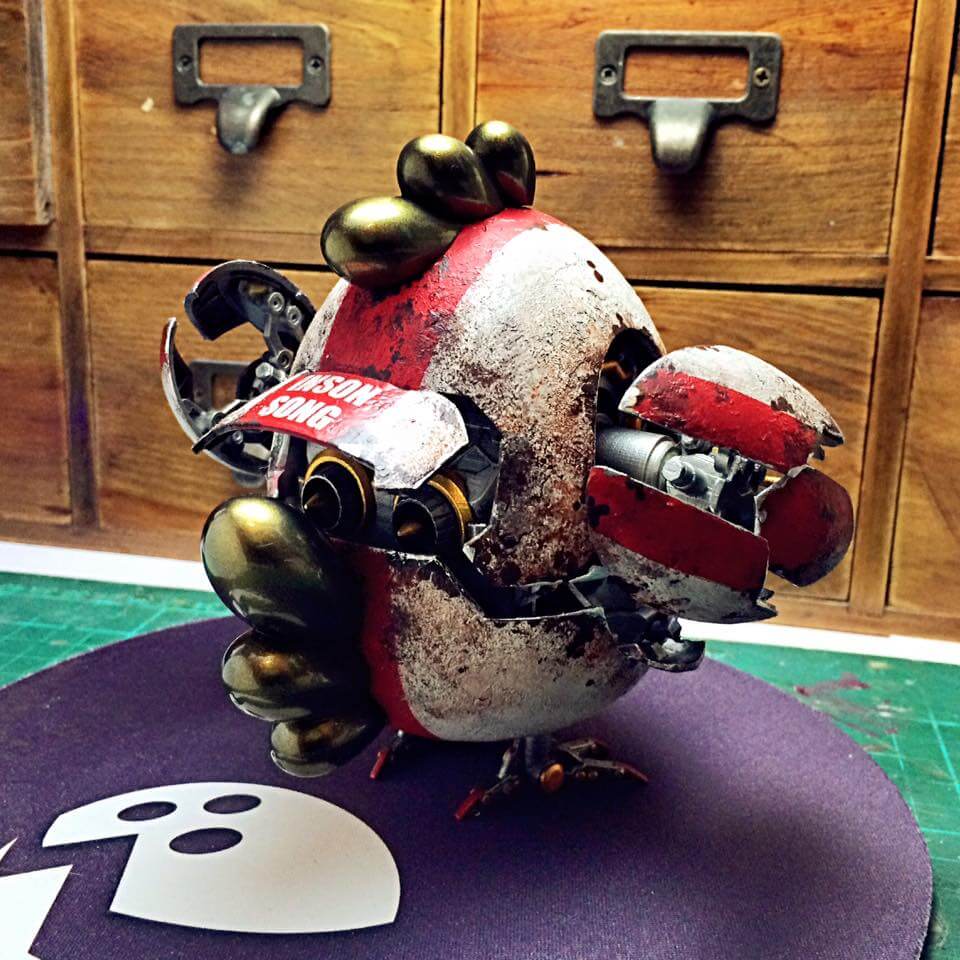 A video below of Inson prototyping.

INSON-SONG, co-founder of WAZZUP family, toy designer, cultural promoter, musician.
about WAZZUP family
WAZZUP family is a semi-open creative organization in China, that actively gets involved in all creative forms, including concept toy, music, video and literature. With an uplifting spirit, WAZZUP family hopes to share love, courage through our works. WAZZUP family summons all creators who share similar values to join and create works that will eliminate the negative energies in life.
about CCS
CCS was founded to better convey the concept of WAZZUP family, which is fun and interesting. CCS is known for its original compound metal toys with delicate structure and adorable form. The debut product Q-MECH created a buzz in China’s design circle once it was launched in the market. It’s a combination of lovely contour and fearful weapon. Under the cold and heavy metal, Q-MECH is an accusation of wars, which the creator wants to convey through its interesting form. 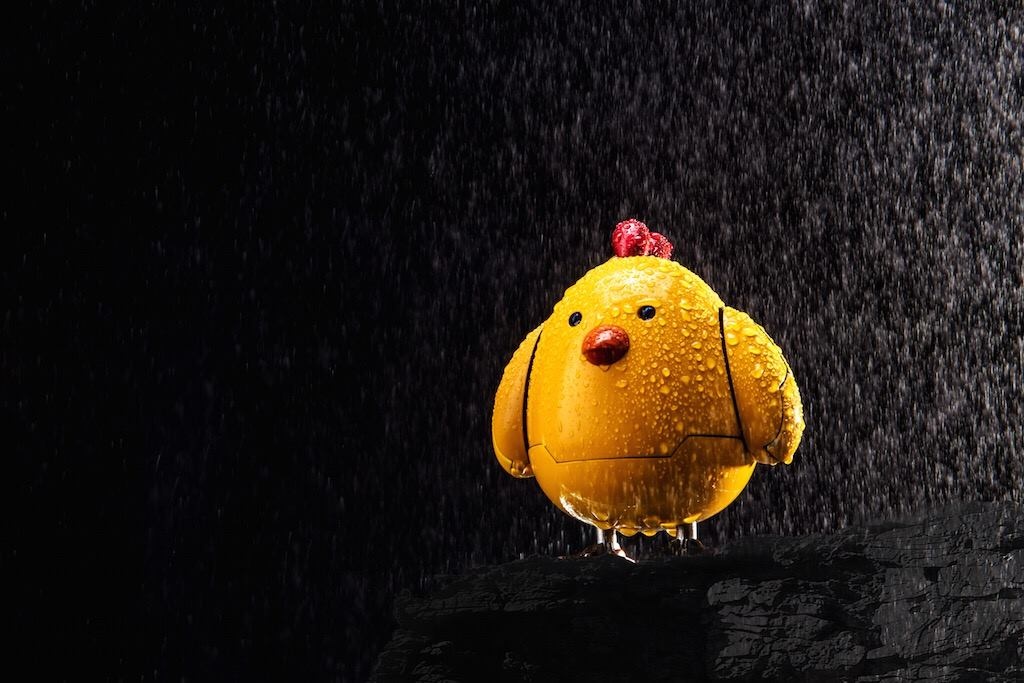