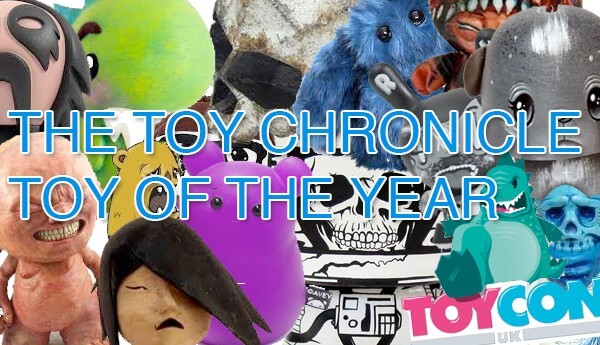 Merry Christmas! Hope you’ve enjoyed your Christmas day? You’ve eaten too much meat, not for the first time. Pulled one too many crackers & listened to Grandad tell that story over & over. Well. we’ve all been there. To try and break up the monotony of the Christmas holiday we’ve decided that over the next 7 days, The Toy Chronicle wanted to put together our thoughts on the last year. Giving the six of us the chance to pick our winners of 2013 before the year ends.

Today we are looking back at our Toy of the Year! You can obviously join the discussion in the comments, we’d love to hear your thoughts on who you think should win this prestigious title!

Matt’s Toy of the Year… [pullquote]Oh come on, what else was I going to vote as my toy of the year! It’s the one toy I obsess about, I’m not normally a completest but it kills me that I’m missing 2 lol. It’s also a great base for customs, I have 4 at the moment but there is more to come. I’m so glad that Holly over at Hey cavey decided to introduce a vinyl version of her amazing plush creation[/pullquote]

Gary’s Toy of the Year… [pullquote]What is not to like about this beautiful piece of art? Yeah, nothing. Two naked tattooed chicks, in a nice embrace. Perfectly formed. Standing erect at 10inches – elegant.[/pullquote]

Evan’s Toy of the Year… [pullquote]Richard Page’s The Grump is my choice for toy of the year. Richards work always impresses me but this piece in particular jumped out at me. The texture and detail that was put into it is really what makes it comes to life.[/pullquote]

Andy’s Toy of the Year… [pullquote]Such a great platform and after seeing the custom show showed me the ways you could customise the little chap.[/pullquote]

Rob’s Toy of the Year… [pullquote]Loved this figure straight out of the box and its the perfect fusion between old and new for me! Right back to 3A roots with some kick ass weapons and loads of extra accessories. Came in an old school white sticker box too![/pullquote]

Rich’s Toy of the Year… [pullquote]A stunning piece of craftsmanship with it’s dynamic pose and both a challenging and enjoyable DIY platform to work on. I can’t wait to see what the future has in store for this platform. Would be incredible to see an 8″ version, or some crazy clear pulls and colourways. The GID version that dropped at the end of this year was perfection.[/pullquote]

Don’t agree? Well. Don’t forget you can give us your thoughts on what your Toy of the Year is below in the comments! We want to hear you have to say!