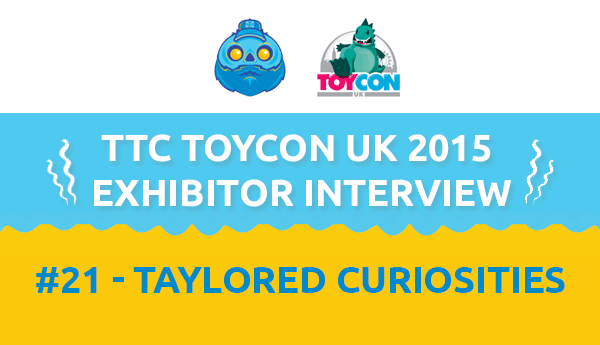 There is no going back now, we are three days away from ToyCon UK 2015. Three days, folks! Still a million and two things to complete before the doors open to you beautiful punters. We have another Exhibitor Interview to share with you today, Taylored Curiosities!

Taylored Curiosities: I met the wonderful Jazzy Dan (Fugi.me) who invited me to take part in the Heavy Metal Qee show and I have been exhibiting ever since.  That’s how I entered the scene itself, but my love of it came a looooong time ago, when my Dad used to take me to London and we’d always go to Forbidden Planet, where he’d buy me a blind box.  I had such a random collection of them.  I think I was about 7 when he took me there for the first time.  I became obsessed with the characters and shapes.  I’d always created my own characters out of child clay and given them back stories, so it was an easy progression for me. 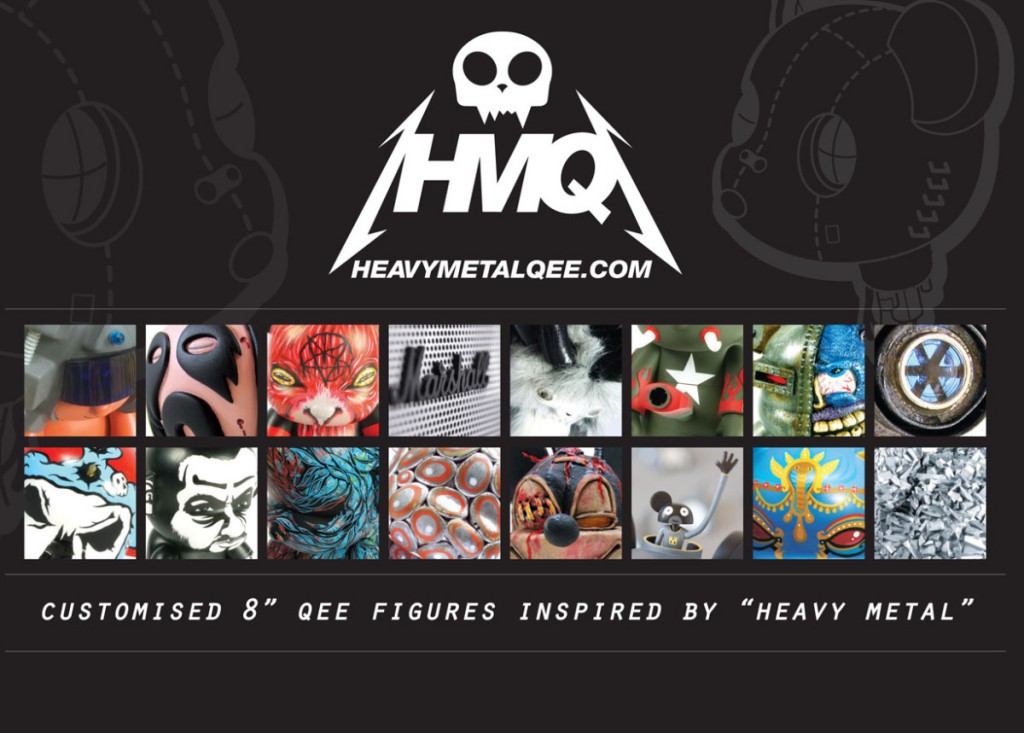 Taylored Curiosities: A set of metal tools I have.  They aren’t actually clay tools, they are a selection of other metal objects, each with a specific purpose; smoothing, poking etc.  They sit in my paintbrush pot as they are used just as much.

Taylored Curiosities: I tend to create my own work rather than customising, but I have worked on a Qee, some Munnys and some Dudeboxes for custom shows.  I loved them all!  I guess my favourite has been the big Dudes from Dudebox as they are big enough to create a micro habitat in for my little beasts.  The Stranger customer for a group show was also fun to work with.  I recently customised Sergey’s Moonfox creation.  But the shape is already so beautiful, I added to it rather than altering it.

Taylored Curiosities: I would love to work on a collaboration with Dok A, I have been a huge fan of his work for years and I had a real geekout moment at the first ToyCon Uk when he bought one of my brooches.  Creating a micro, mechtorian playground for my critters would be awesome!  Any of the Stranger Factory folk as I think they are all hugely talented.  Being a part of one of their shows would be amazing.

Taylored Curiosities: I started my Teacher Training just after ToyCon last year and am due to complete it just before this show.  I have worked in both primary and senior schools in that time and have had some really great art experiences.  It has freed my art up a lot, which I needed.  I used to be such a perfectionist, that I would throw away anything with the slightest imperfection on it.  Now I see that those little differences are what make art unique and I embrace them.  The odd imperfection shows you that something is handmade and no two will ever be completely identical; it’s a good thing.

Taylored Curiosities: Worry Beans!  Anyone who follows me on Instragram will have seen plenty of Worry Bean goodness along the way, these past few months.  I have a selection of Tipi sets as well as some exclusive Spring Editions (only available at ToyCon). 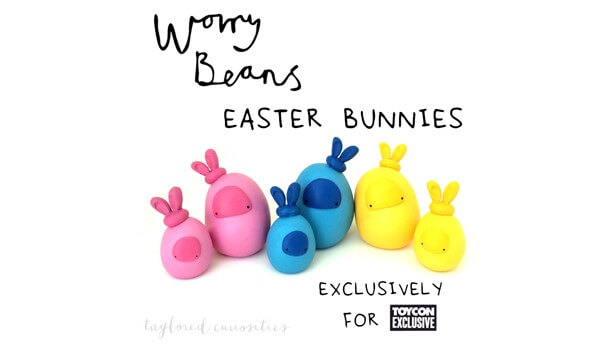 Taylored Curiosities: I am looking forward to seeing all those wonderful Toy people.  It’s far too long between catch ups and we have such a lovely time together.  I can’t wait to see them all.  Maybe one day I’ll live closer to London and I’ll be able to spend more time there.

Taylored Curiosities: Any of the Avengers!  If you meant artists, I think the line-up is looking pretty amazing this year.  Each year gets more eclectic and it’s a lovely selection of creators.

Taylored Curiosities: That’s a tough one!  I have a small box that has all my original sculpts in, so I guess I’d grab that.  At least that way I could re-build my business, without having to remember how I did it all the first time.