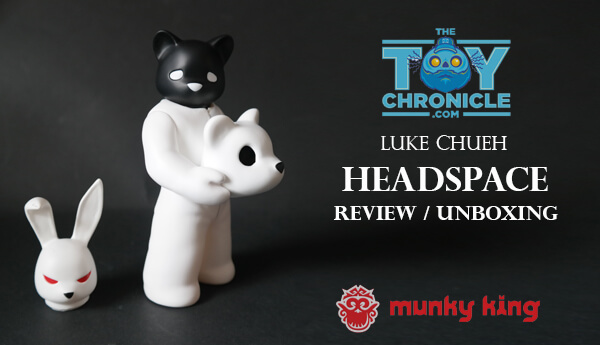 Today we bring you the Unboxing/ review of HEADSPACE by Luke Chueh x Munky King. Ever since we Munky King dropped the hint this was going to be released we knew we had to get hold of one. We love the concept of being able to change various heads which made sence to coincide Luke’s art. This would hopefully pave the way for more head releases in the future or bodies.

Packaging is much like Munky King x Luke’s BITCH packaging with the soft grey front. Luke’s art work is represented on the front which is nice. What we like about the packaging for HEADSPACE is that it can be flipped open to reveal HEADSPACE designs which we hope will come into production. Fingers and toes crossed. The inner clamshell along with the plastic ties, holds everything together so the bears and bunny nose doesn’t rub during transit. “Headspace” is based on a series of paintings created by Luke Chueh over the past couple years. The series is Luke’s attempt to give credit to the things that have had an impact on his life/career. The first toy of the series starts with two of his most popular characters: the Bear and the Rabbit. This piece comes with one body and two interchangeable heads.” The heads are easily changeable with the simple socket system. The are pretty tight so it will last long and not become too lose. I do wonder we do wonder why is their was a hole left on the white bears head. Will it be for something in the future? when standing you cannot see the hole so it’s a very minor issue.

Being able to rotate the head is good to pose for display. No over paint all round the HEADSPACE which is another plus point from Munky King’s production.

The production is good apart from one of the shoulders seems to be a bigger gap, but thats just nit picking faults. Thats the only minor issue, actually it’s not even a issue because you cannot notice it when you display it.

So HEADSPACE has no articulation apart from the head can rotate. But we feel it wasn’t necessary for HEADSPACE to have articulation, some may have different opinion. Standing at 4.5 inchs and priced at $55, around £36 and comes with one extra head is a good deal to us. Would we buy extra heads and bodies if they release them? DAM right we would. We have to pray that something like that is in the pipe work.

“Alright everyone, I think we’ve made you wait long enough! The remaining 100 Luke Chueh Headspace pieces will be available this Wednesday, October 14th at NOON PST!! This edition comes with one body and two interchangeable heads; bear and bunny. Don’t miss out!!” 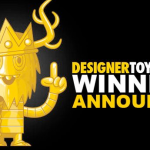 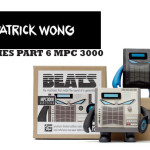