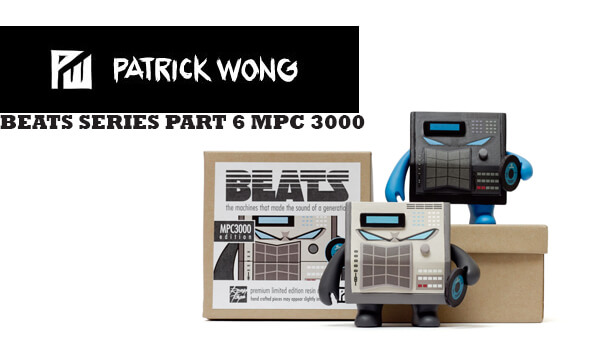 Patrick Wong’s Beat series is growing. We’re up to part 6 of this rad resin figure series and the MPC 3000 sampler gets the Patrick Wong treatment! Over here at TTC we cannot get enough of the Beats series and judging by past sales you guys have the same feeling towards the series. 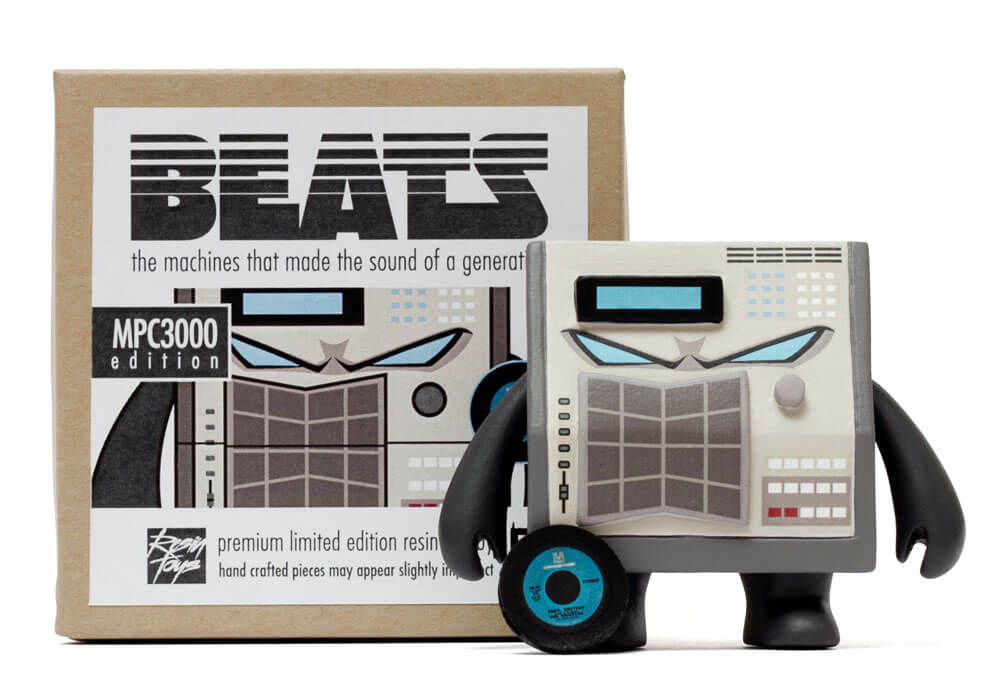 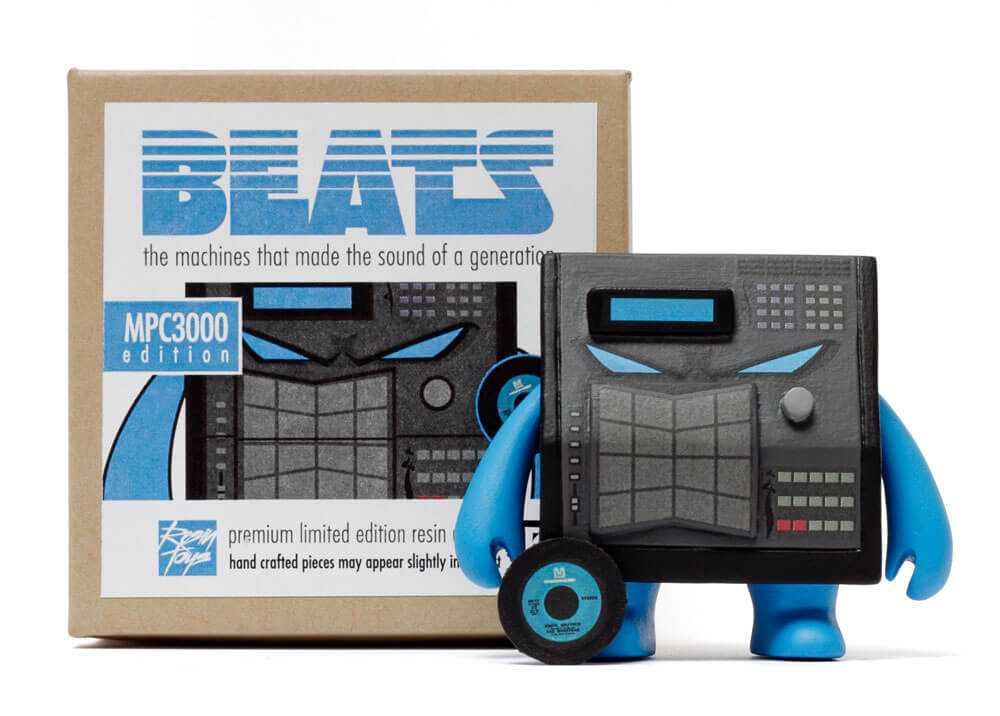 Expanding on his Beats Series of resin minifigures, Canadian artist Patrick Wong reveals his latest addition titled “MPC 3000”. The figure measures approximately 3 inches and is inspired by the renowned sampling workstation of the same name released in 1994. The series is primarily aimed for music production enthusiasts to mark the evolution of sampling technology as resin collectible art. 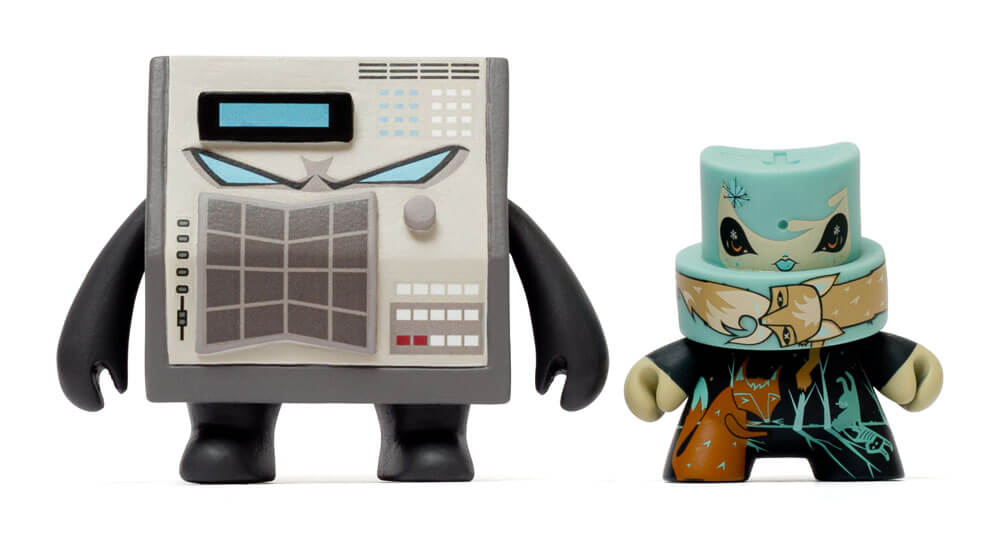 Part 6 comes sealed in shrink film with a numbered card, packaged as others in the series with a kraft gift box, and comes with one toy record accessory of a Melvin Bliss 45 featuring the classic break in “Synthetic Substitution”.

Available now through October 26th, 2015 for preorder with no copies available after this date. Priced at only $35 each and available in either Beige or Black variants. They can be bought through the artist’s webshop: http://patrickwong.bigcartel.com/product/beats-series-part-6-mpc-3000-inspired-resin-art-toy-preorder and orders will ship around November 6th, 2015.

Patrick Wong is an artist and illustrator based in Vancouver, Canada. He has been recognized by Applied Arts Magazine, American illustration, Society of illustrators Los Angeles, and Creative Quarterly for his work. Patrick received his BFA in Visual Art (Illustration) from Emily Carr University of Art + Design and began his career as a commercial artist with clients such as The Washington Post, The Sunday Times, and the March of Dimes Foundation.