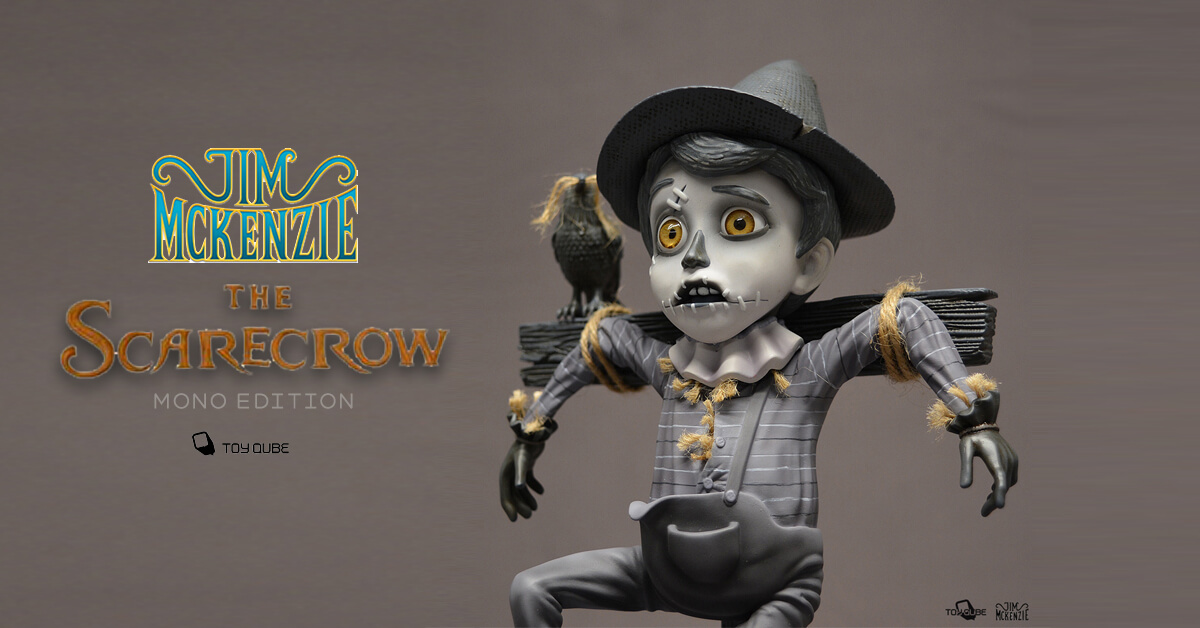 Teased at NYCC back in October, The Scarecrow by Jim Mckenzie powered by Toy Qube makes a long-awaited return with a new colourway!  Mono version of  The Scarecrow has finally got an official release date and boy if mono is your thing then this “The Scarecrow Mono version” should be on your Santas wish list. Like we’ve said many times If you haven’t watched the making of “The Scarecrow” which documents the complete step by step process of creating a character starting from a simple sketch in 2014 to a fully developed gallery showpiece in 2016 debuting at Jim McKenzie’s “Lost Magic” at Copro Gallery. We suggest you watching it as you’ll appreciate Jim Mckenzie and ToyQube making this replica figurine even more. A half scale version of the original Scarecrow sculpture it maybe, but it looks as beautiful as the original. This will be your opportunity to own one yourself now with this Mono we hope our letter to Santa brings us joy this Christmas. The original resin release of Scarecrow, by ToyQube, drew great plaudits within the Designer Toy world, so we’ll be keen to see what folks think of a potential Mono colourway, what do you think? A nice Mono Scarecrow work for you? Let us know in the comments!

Don’t forget to download our new TTC Mobile App! Available on both iPhone & Android smartphones, all you have to do is click