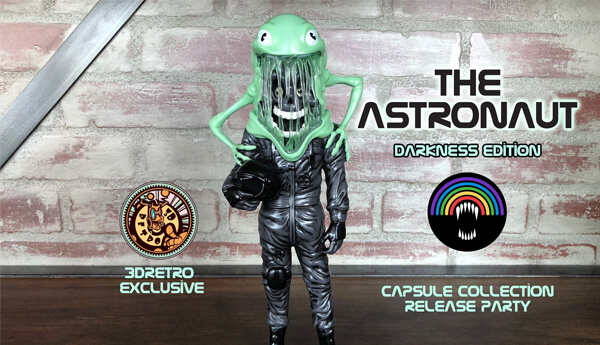 Designer Toy Award Winning THE ASTRONAUT by Alex Pardee x ToyQube is back! Spotted at New York Comic Con 2017 by our East Coast Correspondent Rob we had to dig for more info on the new EXCLUSIVE 3DRetro colourway. Low and behold 3DRetro has announced the Alex Pardee’s Astronaut Darkness Edition Capsule Release Party at 3DRetro.

Artist Alex Pardee is making his west coast “home” debut with the release of his last colour for The Astronaut figure. The Darkness edition is perfect to put you in the Halloween mood as the figure comes in a wide range of blacks and greys while the top alien GLOWS IN THE DARK! 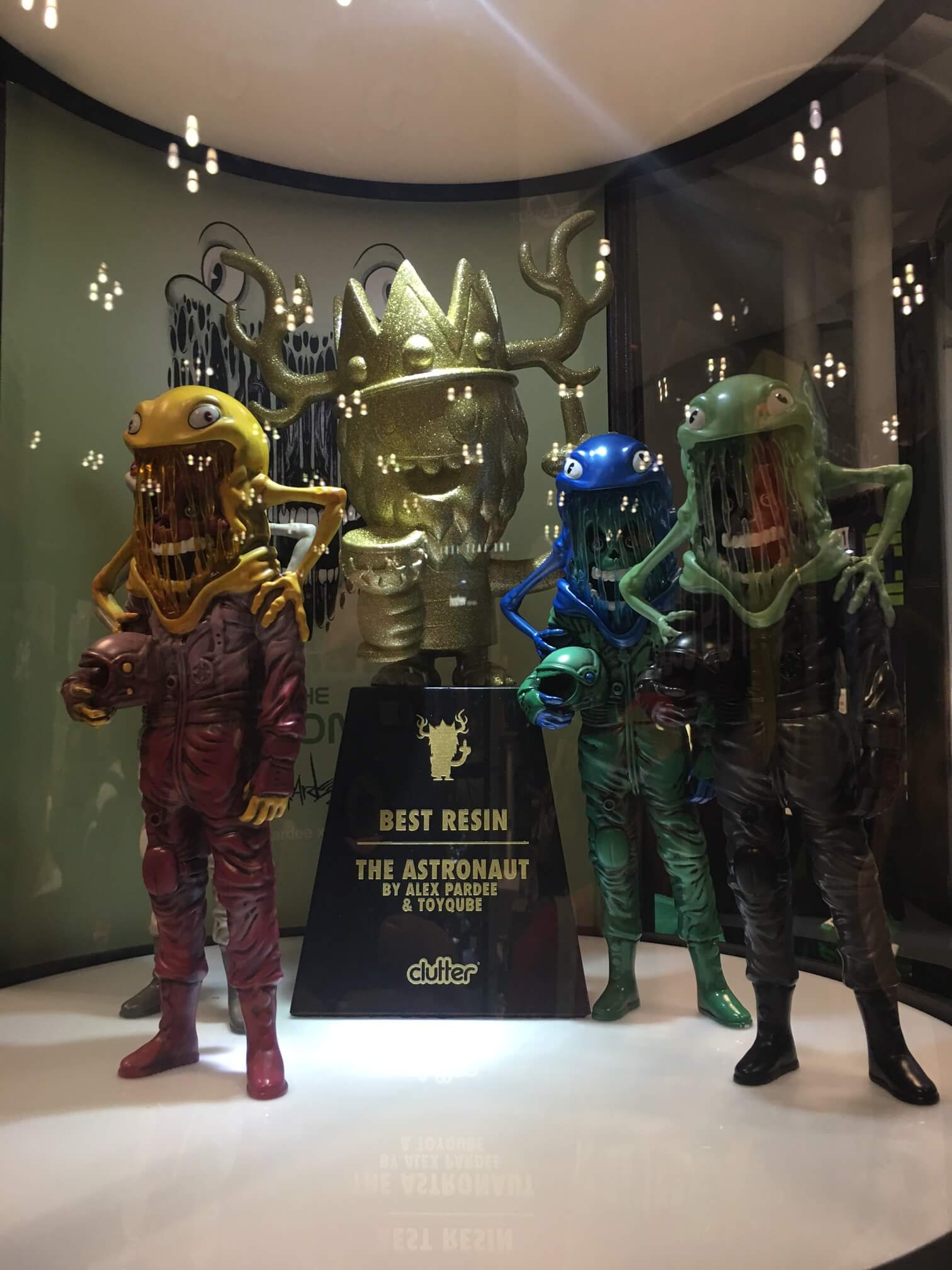 Join us for the fun! Food trucks will be present, Alex will be signing for fans and a few other surprises! 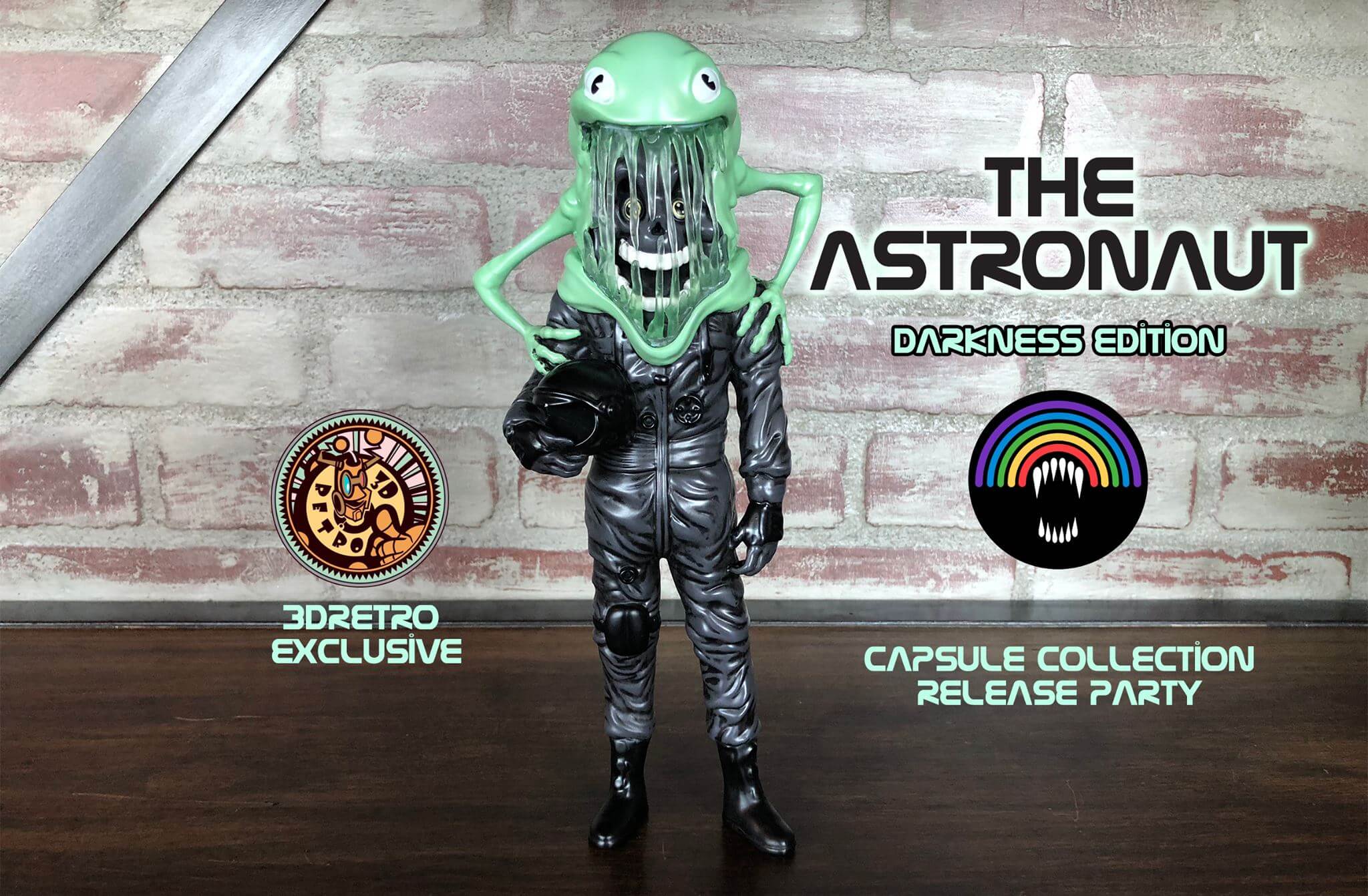 Head over to ToyQube NYCC booth Now to check it out. ToyQube booth #578 at New York Comic Con.