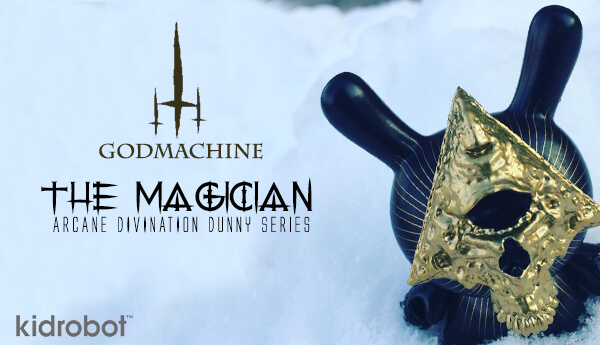 WOW….. With all the leaks today from Kidrobot, Frank Kozik has joined in the fun by revealing one of the 3″ Dunnys from the upcoming ARCANE DIVINATION Dunny Series! If everything matches up from the illustrations which you can see HERE. This should be our very own UK finest GODMACHINE  and his The Magician Dunny from the series. 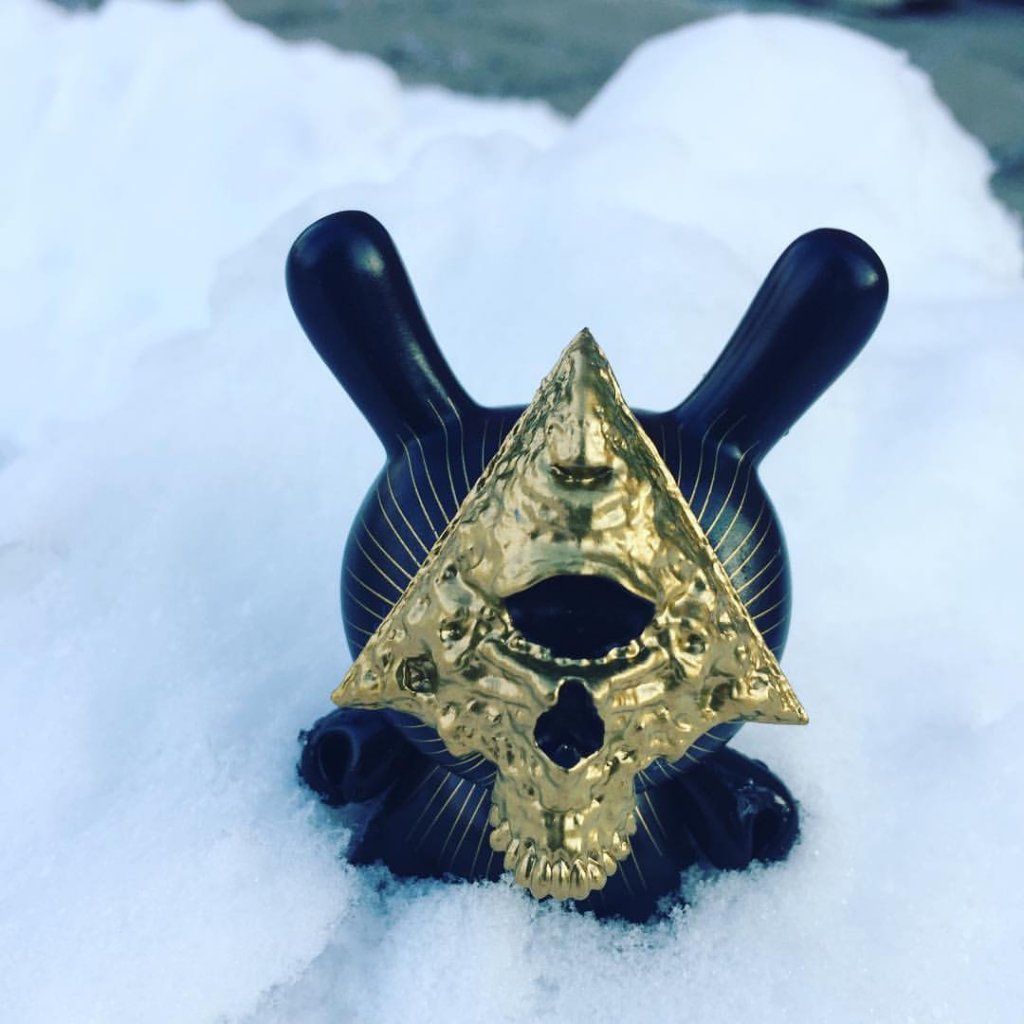 So dark and sinister, loving that gold that Kidrobot have managed to pull off. Kidrobot has really upped the game with the sculpting. One series that will get us to buy a whole case like the good old days if The Magician Dunny is anything to go by. 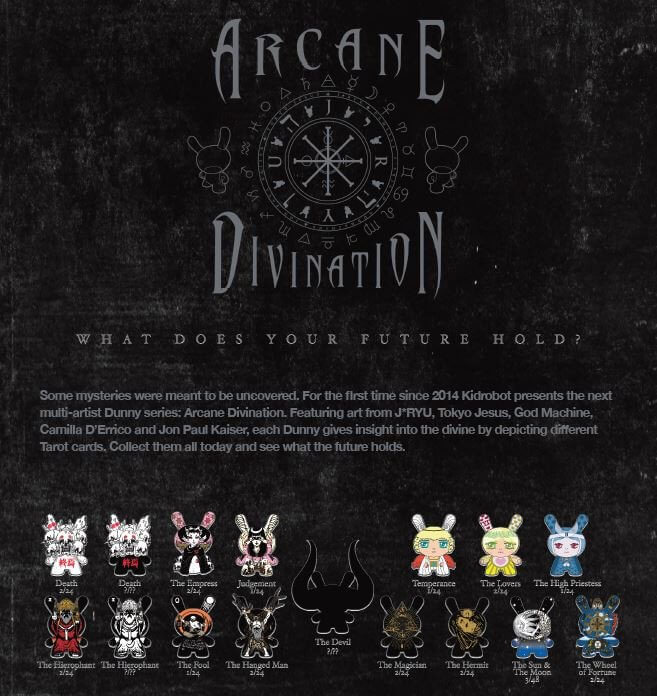 Can you match the Dunny designs with the artists? Your guesses in the comment section below 🙂 Have fun. A couple of older articles which can give you a closer look at the illustrations below. 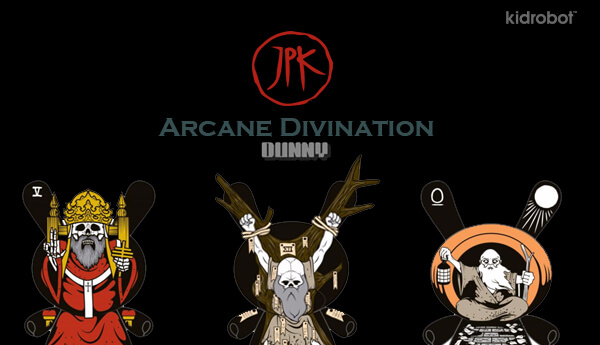 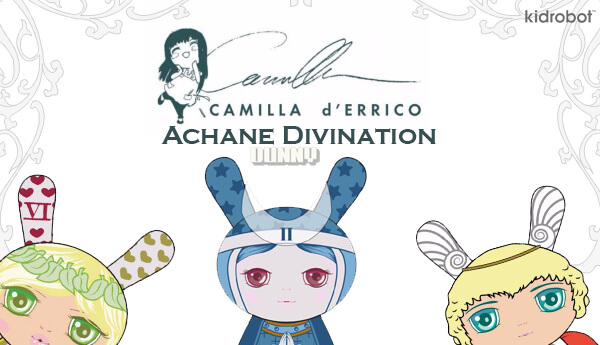 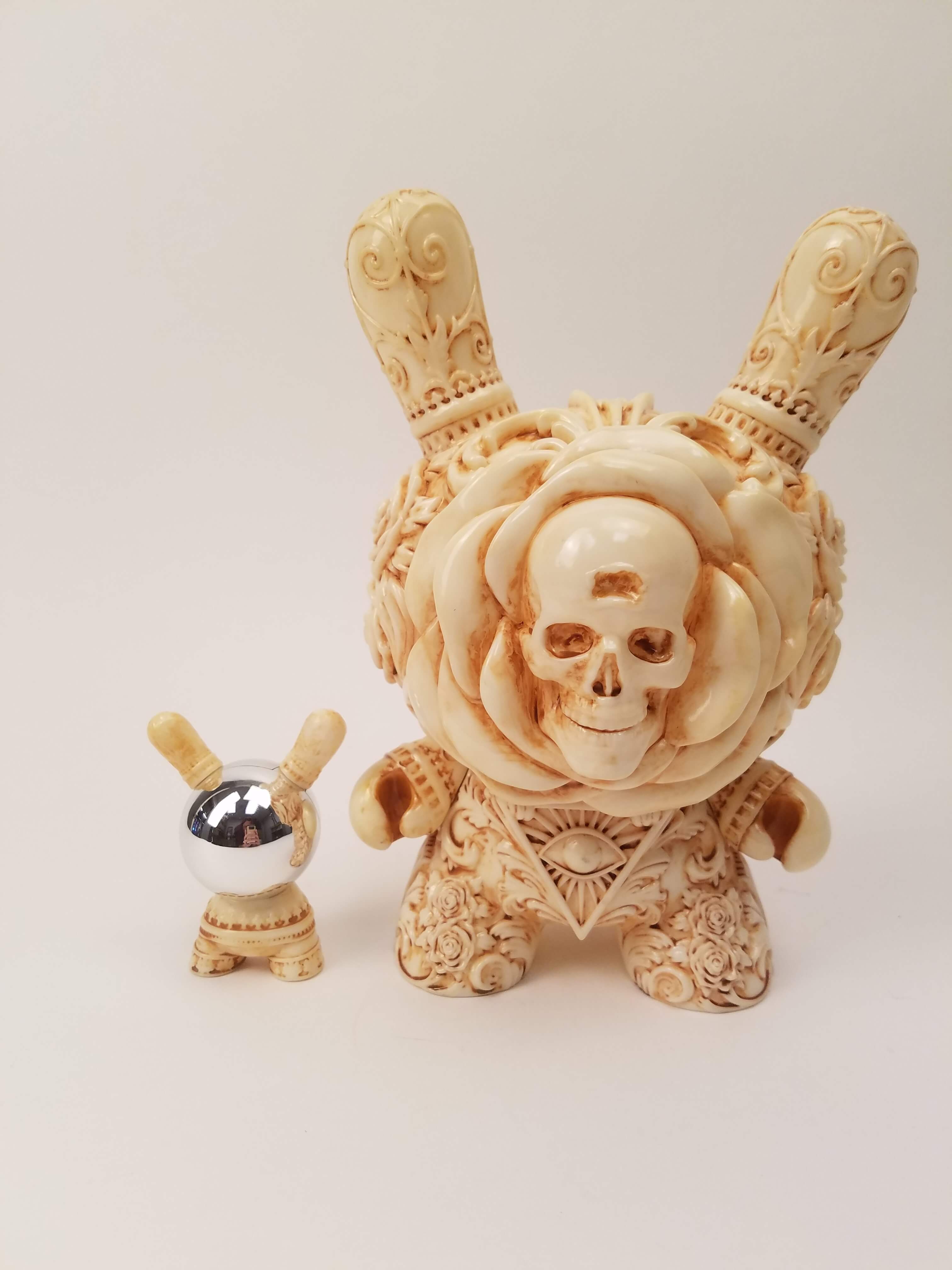 The series is supposed to drop around March/April time so stay tuned for more leaks and sneak peeks, as well as official release date. CLEAR some shelf space.