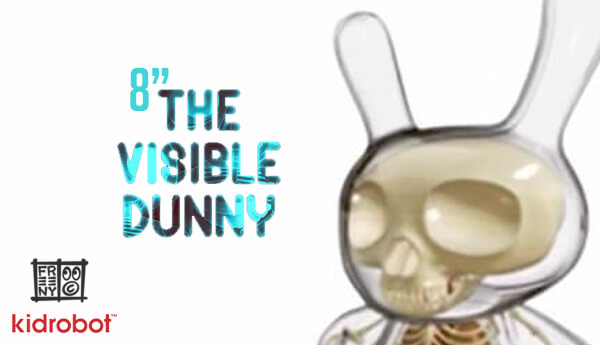 Back in July, we re-visited Jason Freeny’s “Inside Dunny” which he re-uploaded a 3D render of the classic Kidrobot Dunny. We wanted this to happen and we quoted “We hope this becomes reality as it would be a no-brainer for Jason and Kidrobot to work together again but this time on a Dunny”. A few hours ago news spread like wildfire as illustrations and Prototypes photos (

It’s a question as old as time: what does a Dunny look like inside? Wonder no longer because Jason Freeny has answered the question! Kidrobot presents an inside view of our classic Dunny platform with the Jason Freeny 8″ Visible Dunny. This Dunny offers the ultimate transparent view, clear on the outside with a skeletal view on the inside. This innermost look is a must have piece for any collector. Limited to 1000 pieces worldwide, collect one today and add some bones to your collection!
Jason Freeny and Kidrobot have previously teamed up on the hit Anatomical Wabbit Medium Figure.- Kidrobot 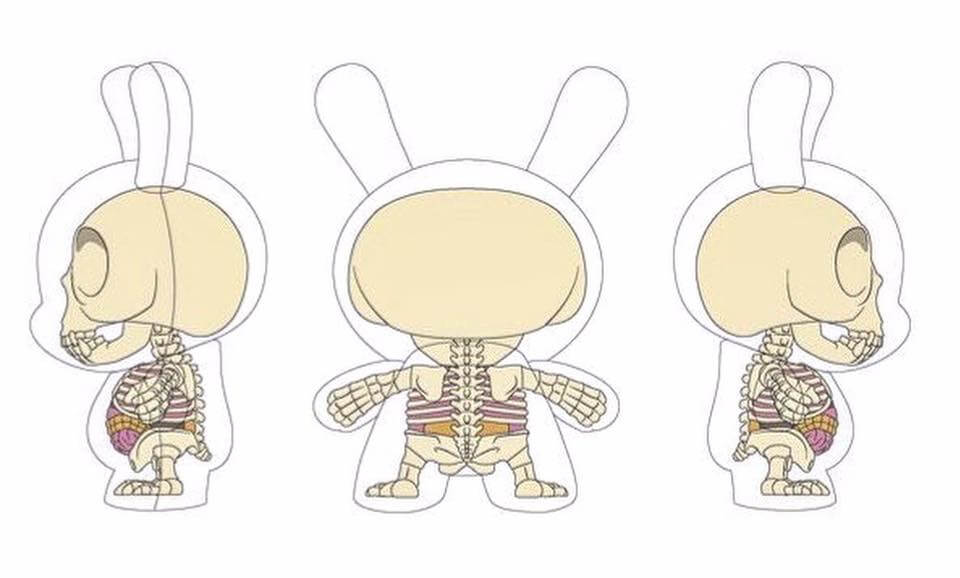 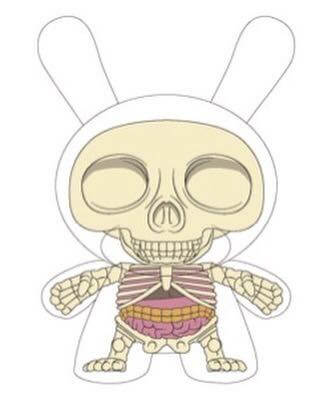 Now confirmed by Jason himself he quotes “Guess the cats outta the bag on this guy so I’m posting. Been working with KIDROBOT. and Bigshot Toyworks for almost a year on a Visible Anatomical Dunny. Shoppes will be posting soon to order. Apparently, only line art can be posted currently but I will share 3D renders as well as actual shots as soon as I’m able”

Here are the 3D renders that Jason uploaded a few months back if you’re too lazy to check the old article HERE.

A peek inside a @kidrobot Dunny

We can totally see Jason work on Kozik’s Labbit too. Place your bets!