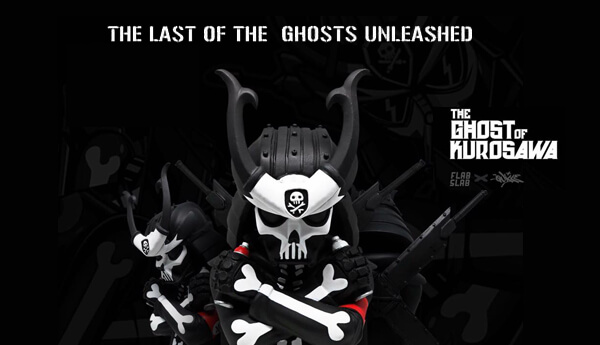 Back in September Quiccs & the darklords over at FLABSLAB finally launched their collaboration piece “The Ghost Of Kurosawa” and sold out quicker then tickets to watch the new Star Wars The Force Awakens. Due to a few manufacturing problems the full initial release run wasn’t fully completed, so now the remaining 66 will be up for grabs. Some slight modifications which FLABSLAB are known to be perfectionists at what they do. They added magnetic horns to The Ghost Of Kurosawa, possibly for better shipping or to wear it yourself?. This will be also added to subsequent editions. Hint hint nudge nudge, more colourways coming!

The remaining The Ghost Of Kurosawa are edition of 66. These remaining pieces will be unleashed on 20 December at 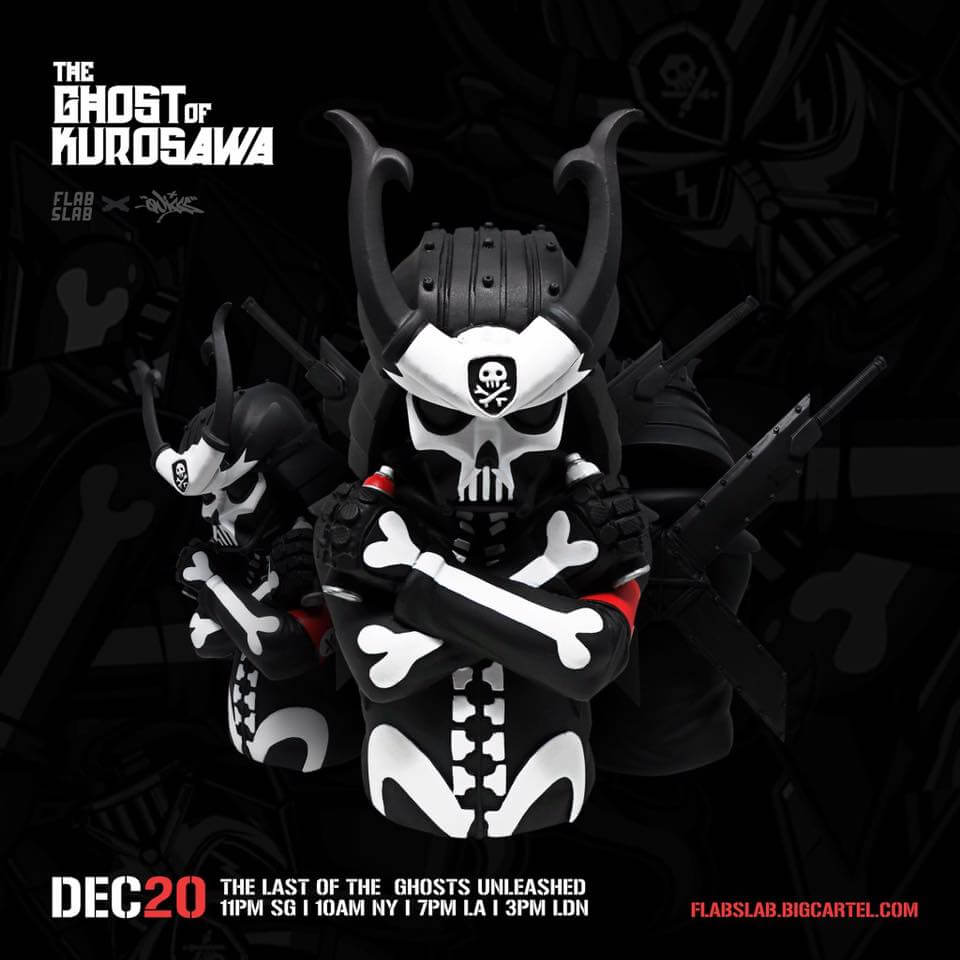 Priced at $300, around £197. Use http://www.worldtimebuddy.com/ to convert the appropriate time.

Approx. 10.4in from base to tip of horn. Resin cast and comes with an exclusive glow in the dark patch.

Sneak peeks at whats installed for 2016!