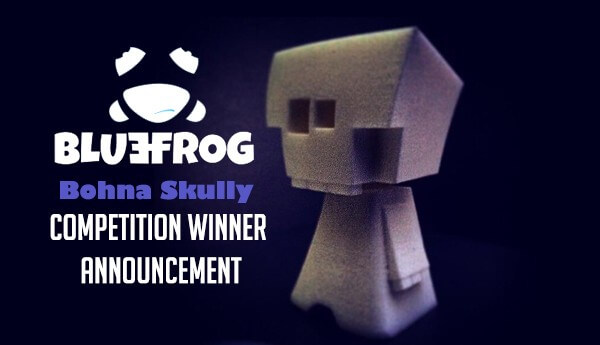 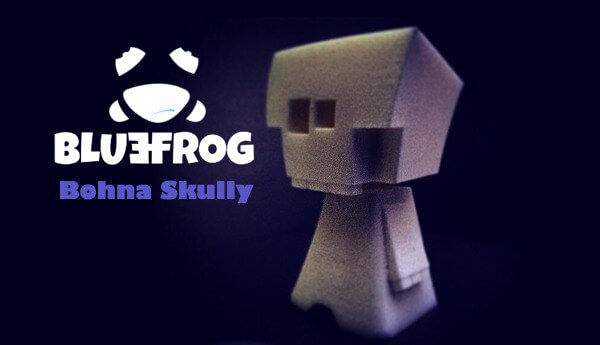 We teamed up with Blue-Frog and the guys over at ToyConUK to give you guys a chance to not only get your hands on one of these amazing DIY resins before anyone else, but to be part of the show and get your work on show alongside these great artists at ToyCon UK 2015.  We would like to thank everyone who sent in their designs and supported the competition. We can finally reveal who the winner is…. Drum roll please…….   WINNER is Angella Powell! Congratulations to you.

TTC unveiled the ‘Bohna Skully’ fromBlue-Frog World! This new platform is now about to make its make on the custom toy world. Bohna Skully is the brain child of Gary Boon, one half of Buhna & Beard if you attended ToyConUK 2014. At first Bohna Skully started as a sketch in the back of Boon’s book. Since it has been on a journey from there to 3Ds Max, eventually making its way to the Resin Labs of Tru:Tek. Bohna Skully is now produced as an initial run of 25 DIY resins, most of which are ready to be shipped off around the globe to artists from the UK, Europe and the USA. 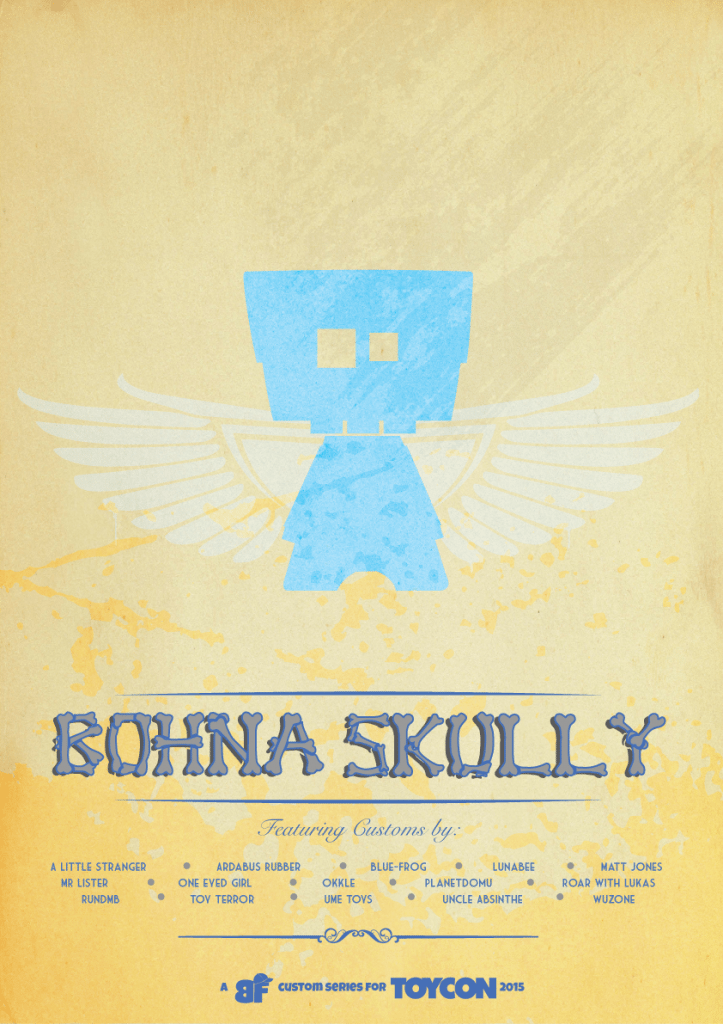 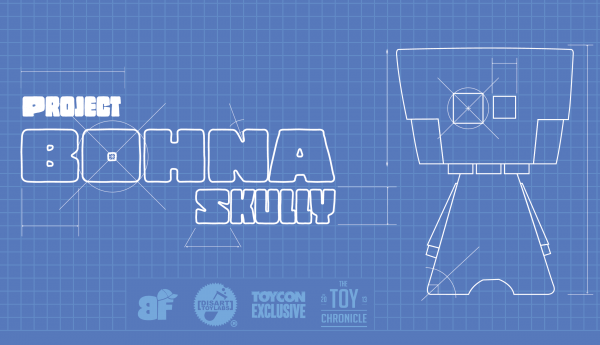