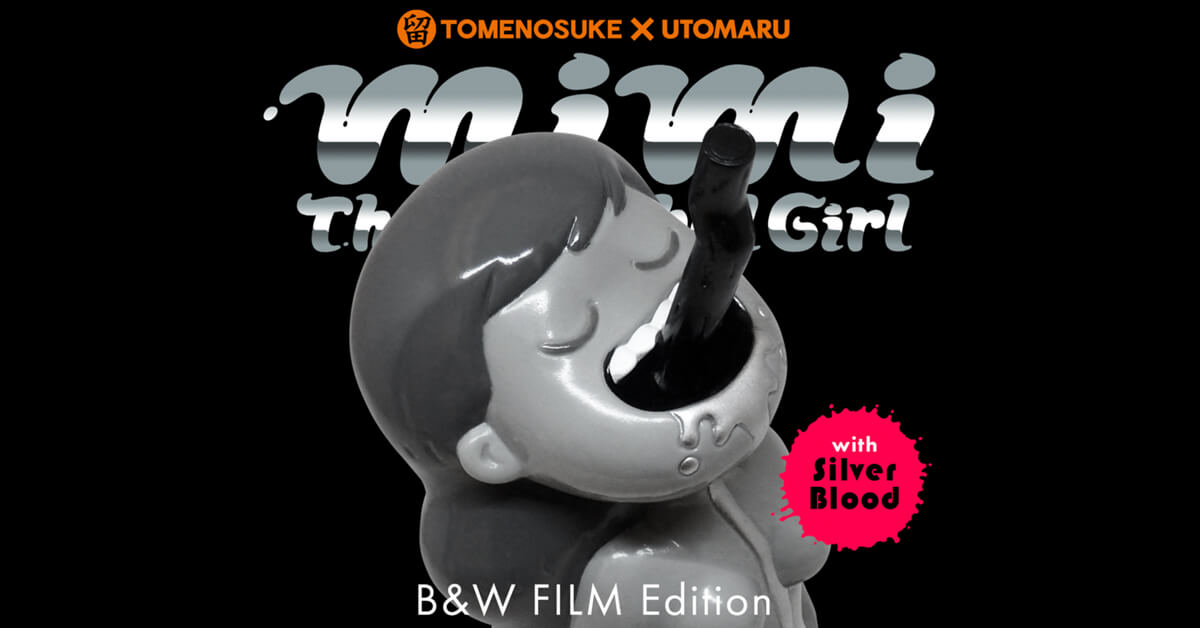 Utomaru’s MIMI The Cannibal Girl sofubi figure get the vintage film look with this new Black white silver edition. Powered by the fine folks at Tomenosuke! B&W Film Edition is a discreet monotone, but only the colour of blood dripping from the mouth was finished with a silver metallic like mercury.

If you’ve been following us and all the versions of  MIMI The Cannibal Girl released over the past few months this Mondo Green Edition has been the one edition that we’ve been on the hunt from day once since we laid eyes on MIMI back in April 2017. Check out the LIVE stream below at Dcon 2018 where you can see MIMI The Cannibal Girl” Mondo Green Edition by Utomaru x Tomenosuke and MORE on display..