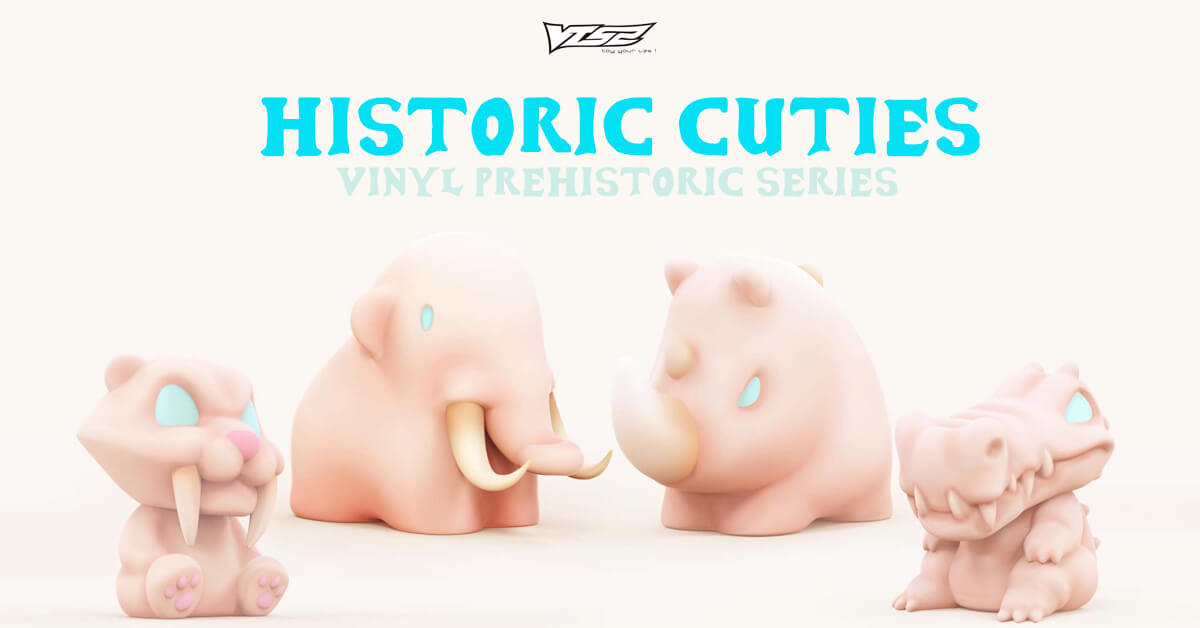 HERE WE GO! As promised more updates on VTSS “Historic Cuties” another two from the series have been revealed, who’s ready to squeal?! over the last couple of months the overwhelming response has been crazy, to say the least! A few weeks ago at STS, VTSS showcased the prototype of “Historic Cuties” dashed away our worries that they wouldn’t look as good as the renders shown back in March HERE. Today the other two renders of Rhino and the Croc have surfaced. Like we said before, VTSS has caught the cuteness bug! Big does of KAWAII coming your way as these “Historic Cuties” vinyl figures have gone into production. Speaking to VTSS in the last couple of hours, VTSS has hinted at a full series. Mammoth and Sabretooth Tiger never looked so cute right? Subtle curves and poses enough to get your love of cuteness bubbling in your veins for the series. We have spoken to VTSS and it looks like pre-orders could start as soon as next week! Gotta prepare to get that Rhino! as well as the others, Ha. What colours would you like to see? and which animals? Answers in the comment section below, you never know VTSS might make your answers into reality. No release info just yet, stay tuned for further updates.

Want to keep up-to-date with all Designer Toy news via the TTC Mobile App. Available to download now via the App Store or Google Play Store.