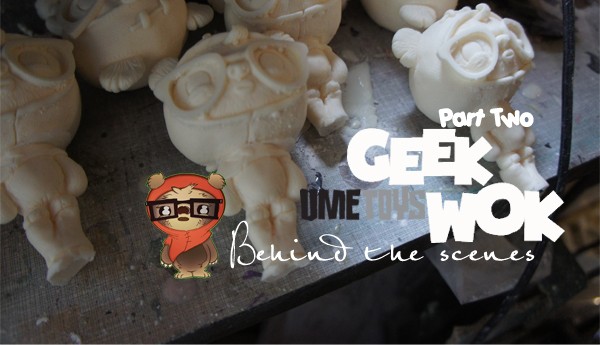 We did a little behind the scenes with the making of GeekWok Part one HERE
So we bring you part two just before the release of the cutest fella of 2013!
The resin production room If you fancy grabbing one head on over to http://umetoys.bigcartel.com/product/geekwok ”

Hope that you have a great New Year.
www.umetoys.net