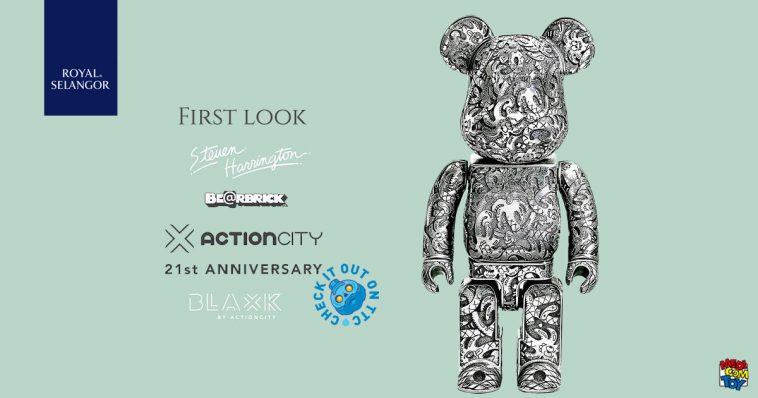 TODAY is the day ActionCity presented to the world BLAXK premium gallery. Media and VIP’s had the chance to take a look around the new art space before the doors open to the public. With the buzz already hitting around the world, we were lucky to be invited to the opening to check out the gallery and the anticipated release of ActionCity BLAXK Medicom’s official 20th anniversary Steven Harrington & Royal Selangor, Pewter 400% [email protected]! Check out the behind the scenes and the unboxing of the [email protected] BLAXK unveiling an exclusive ActionCity 21st Anniversary [email protected], designed by Steven Harrington and crafted by Royal Selangor!

Check out our Live stream HERE for the opening of BLAXK!

BLAXK is a space for all things pop culture, design and art! As the definitive pop art collectible gallery in Singapore and the region, BLAXK curates hype contents and collections with world-class artists and creators through engagement as official partners.

Launched by homegrown retailer ActionCity, BLAXK marks the brand’s 21st anniversary since incorporation in 2000, and represents ActionCity’s next growth milestone to lead the convergence of pop culture, art and toys locally. Serving as the space of interactions that feed the pop culture world – including hosting events and live streaming sessions for artists and collectors – BLAXK will become the melting pot of all who share a common interest in pop art collectibles.

It began in 1998, when two toy enthusiasts Mr Tan Tong Hong and Mr David Chong met at the weekly Sunday flea market at Clarke Quay, and set up the toy shop The Hourstor in the same location the following year. Focused on selling toy collectibles and action figures, The Hourstor grew into the first ActionCity store which opened at The Heeren, Orchard Road, in 2000.

Upon incorporation, ActionCity clinched the sole distributorship rights for Hot Toys, and also awarded sole distributorship for [email protected] by Medicom Toys the following year 2001. Since then, the brand began to grow into a retail chain of stores in prominent locations including Bugis Junction, Takashimaya and Vivocity, and is now the eponymous retail brand in Singapore for pop culture art toys and collectibles. 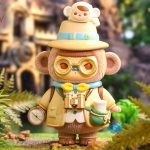 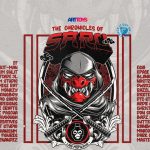