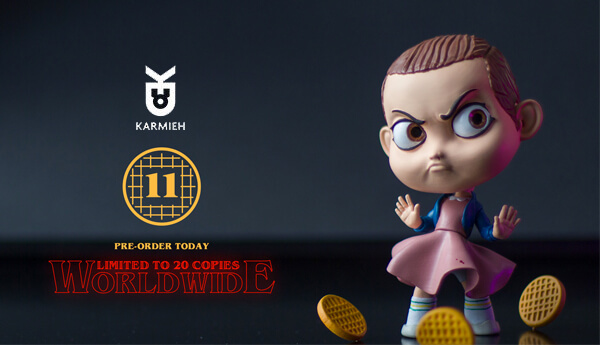 Seriously nothings stopping Romania-based designer Oasim Karmieh! Pop culture, stand up comedians fav heroes all go under the knife of Oasim. Over the last few weeks, we’ve been keeping a close eye on his latest and possibly the best release yet! ELEVEN from Netflix TV show The Stranger Things get the Karmieh treatment. HOW freaking dope its turned out to be. Ha, Those huge eyes and expressions are on point. 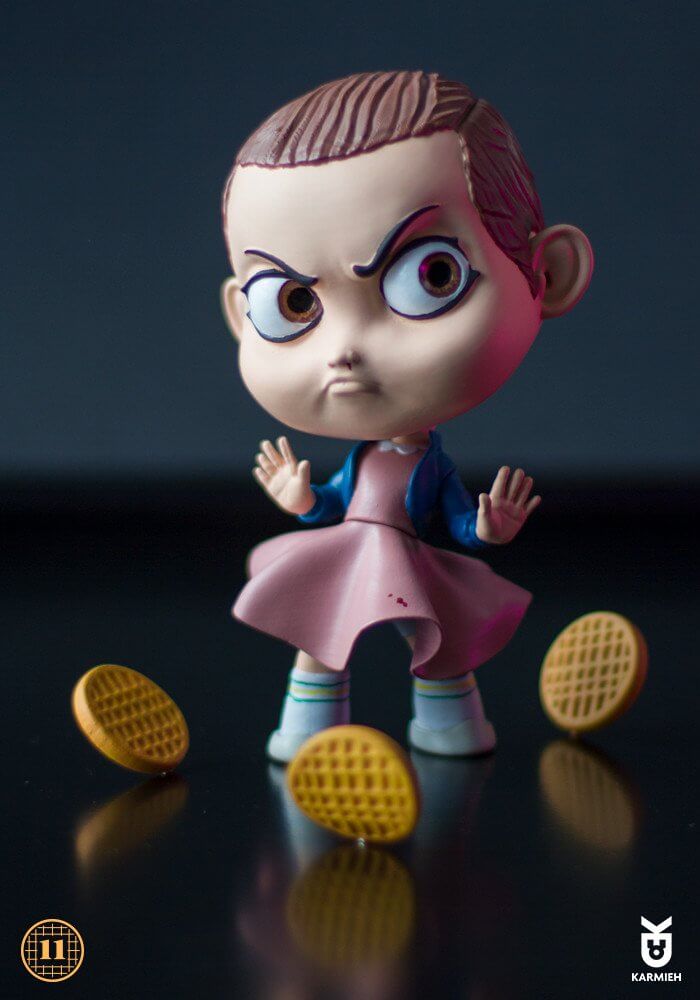 Once again Oasim Karmieh who brought you BATSY  and Adulthood which we chose for one of the Top Picks of 2016,  has humour and quirkiness dropped into one sculpture. ELEVEN has some tricks too! Tiny magnetic Eggo waffles which you can place anywhere you want to.

Eleven figurine is part of a collection of custom and handcrafted toys, that has been sculpted and hand painted by Oasim Karmieh based on a beautiful illustration by Rocio Garcia It stands at around 6 inches / 15 cm tall without the base and 6.5 inches / 16 cm tall with the base. Limited Edition signed and numbered of 20 Copies worldwide. 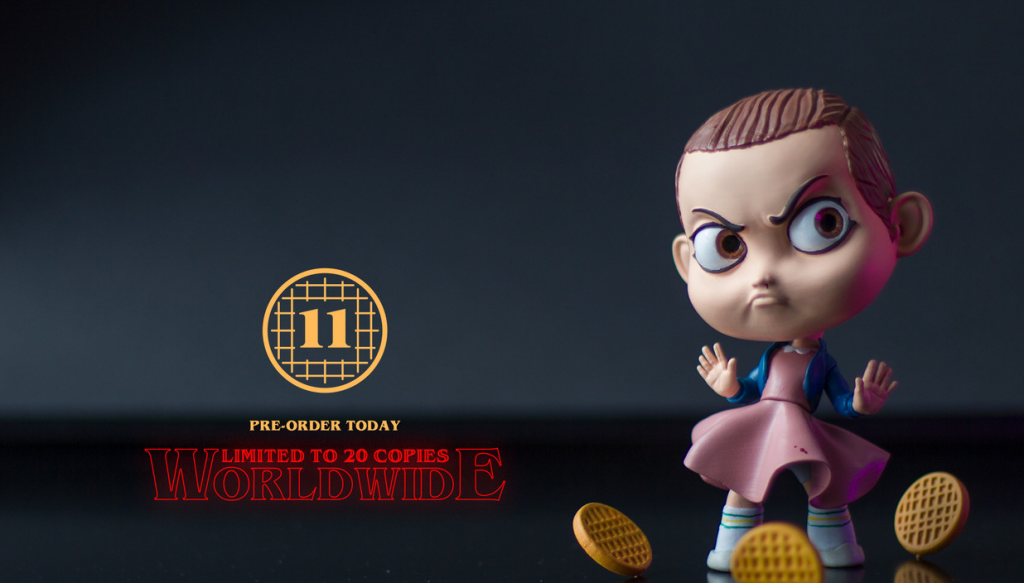 We wonder what the follow up from Oasim Karmieh is going to be? He really did rock 2016 and from what ELEVEN 2017 is off to a great start already. Hopefully we will see Oasim make his own characters come to life in the near future as theirs now doubt about Oasim’s talent and gift.

Still, time to own ADULTHOOD! Why not right. 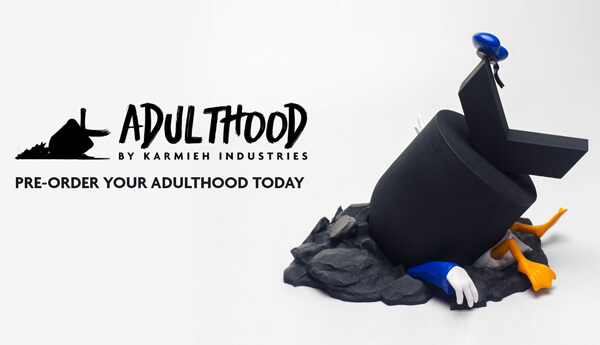 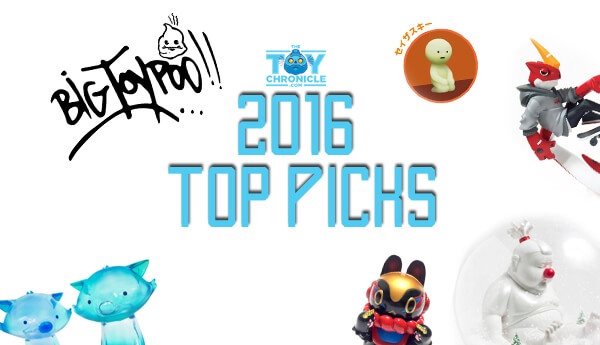