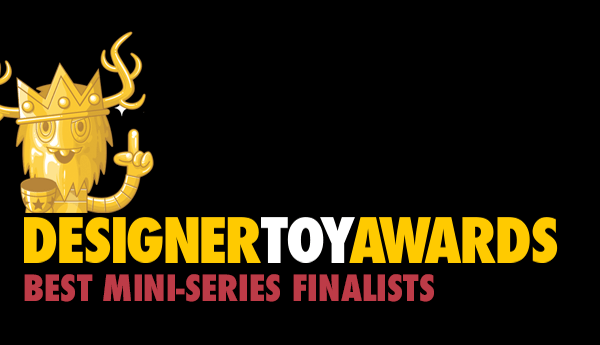 Whether a production platform or customised toy series, this category acknowledges excellence in conceptually linked figures that have been produced in multiple quantities. Aspects considered in judging include quality of manufacturing, design, packaging, and even innovative use of thematic series elements.

Requirements
• Released series must be a brand new Designer Toy(s), or a significantly modified version of a previous release(s), debuted last year; significant modification includes differing paint schemes, such as a Dunny series would have.
• Released series must have been branded as a series, even if each piece was available individually.
• All figures in the series must have been released simultaneously.
• The series must consist of at least three (3) figures, whether uniquely designed or variations of one another.
• Custom series are acceptable, as long as the majority of designs in the series were available in quantities greater than one.