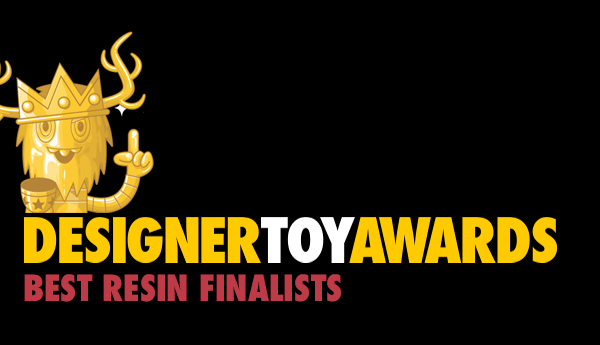 Presented to the best Designer Toy platform cast in resin, this category considers the quality of the finished piece, the sculpted design, and innovative use of color dyes and paints.
Requirements
• Release must be a brand new Designer Toy, or a significantly modified version of a previous release, that was debuted last year.
• The majority of the release must be made out of resin, rubber, or similar materials.
* Must be a stand-alone release and not part of a series (see Best Mini-Series).

Congratulations to the following 9 finalists.