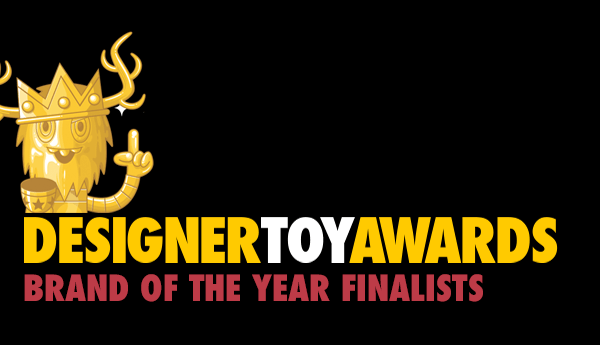 Brand of the Year

Celebrating a Designer Toy company whose product releases last year have been consistently outstanding, of high quality, and had a breadth of diversity. While their toy releases are the most important other aspects will be considered, including events, sponsored promotions, and other supportive contributions to the Designer Toy community.

Requirements
• Active and productive since at least April of last year by releasing Designer Toys pieces.
• Must have released works by at least two (2) different artists during last year.
• At least half of the brand’s output must have been designer toys.
• Brand can not be a vanity business, meaning that it cannot by owned & operated by the sole artist (or artist duo/collective) that releases through it.

So which nine Brands made the cut? Well, we’ll tell you. Congratulations to all nine for their release & contributions to the Designer Toy world over the course of 2016.