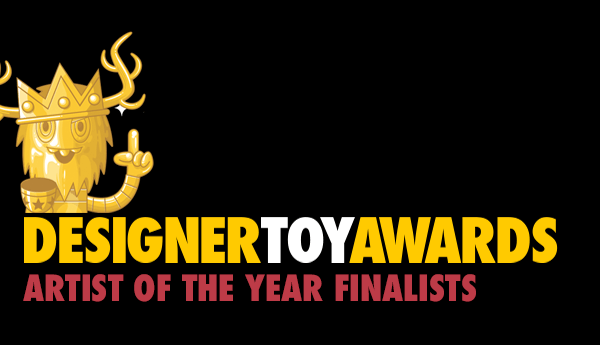 Artist of the Year

Recognising a single artist, artistic duo, or collective who designed and/or produced a variety of outstanding new releases last year as well as garnering a strong base of followers and a steady demand for new material.

Requirements
• Active and productive since the beginning of last year by creating original works and/or designing pieces for production.
• Must have designed and/or created at least two (2) designer toys, including customs, last year.
• Must have designed and/or created at least one (1) designer toy, including customs, last year that was issued in an edition of 10 or greater.
• In addition to solo artists, those working under an established duo or collective name during last year are eligible as well.

Congrats to all! An absolute stellar list of artists, all deserving of the title of Artist of the Year but only one can win. Find out on 19th May!