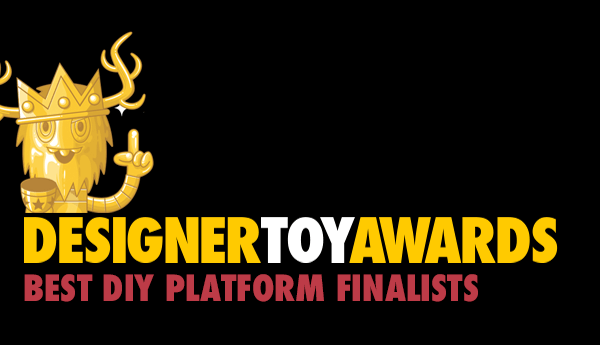 DIY Platform toys are one of the art field’s greatest additions, allowing artists from every walk of life to use the form as a canvas. This category recognizes the best platform toy that is sold as a blank toy, without any paint applications or graphic designs. The DIY platform toy must have been actively sold last year and it must have become (or remained) an important part of the customizing community.
Requirements

• This category is open to any blank designer toy release, those without any paint application or graphic designs, that was actively available during last year; it need not have been initially made available during last year to qualify.
• The company that released the piece must be an indie toy company (one that is not publicly traded).
• Release must have been intended for Do-It-Yourself customization and not merely be an unpainted edition of a figure.