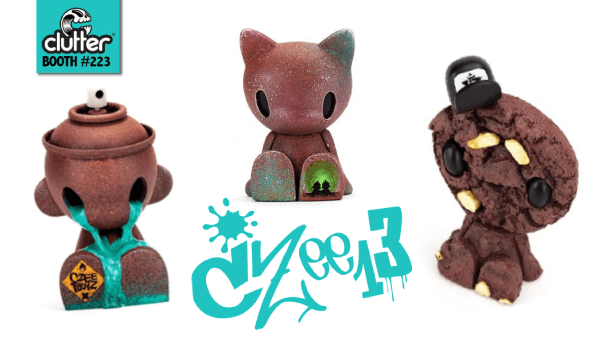 We may have mentioned that our bro from another mo, Czee13 was heading to Five Points with us this weekend. If he wasn’t busy with working with KCBC for his Smoked Guru beer (read HERE) or working with Sixpoint for his Equal Measure beer (read HERE), he’s been busy working on his solo gallery show Creative Solitude at Clutter the weekend AFTER Five Points too (read HERE). So with all that going on you’d kinda expect any normal artist to take it easy for Five Points. Oh, not our Czee. Nope. He’s got a bunch of exclusive Five Points shizzle going on at the Clutter booth #223 this weekend. Let’s crack on, shall we… 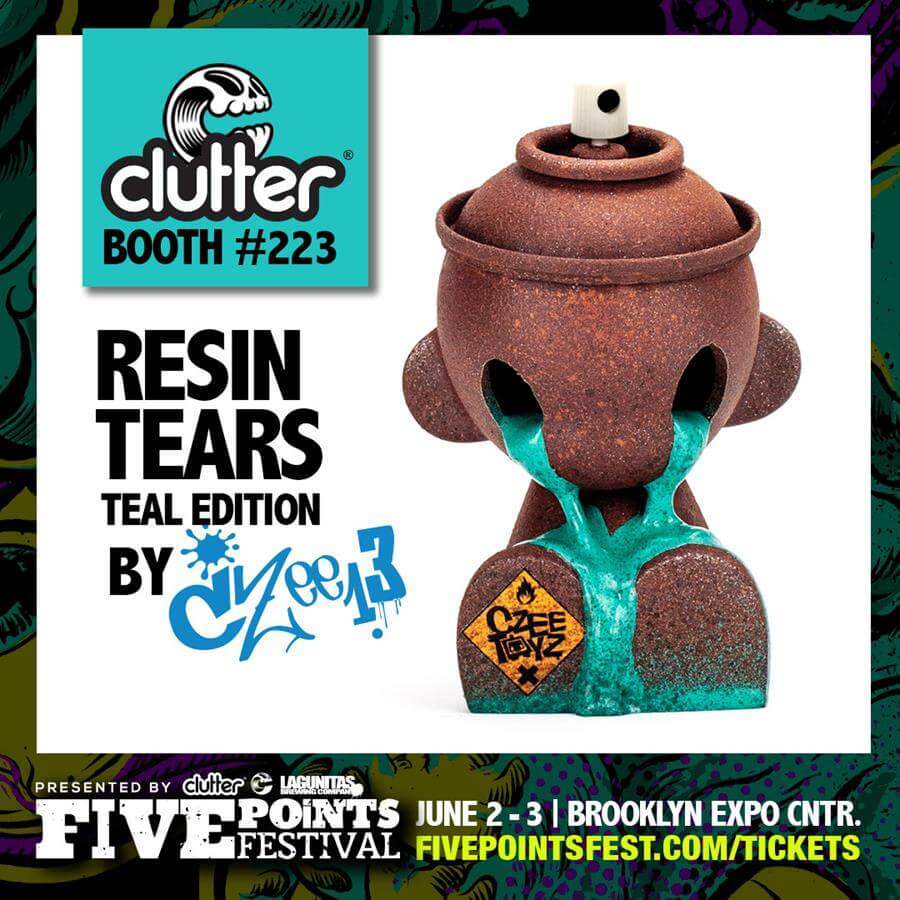 Czee has been working on his emotions of late, and he ain’t ashamed to have a little cry now & then. It’s only a good thing. Let it all out. So at Five Points, Czee is bringing FIVE of his Resin Tears Teal Edition Custom Kidrobot Munny pieces with. Priced at $85 each. These hole-arted Munny cans won’t be around long. Rusty tears are the best. 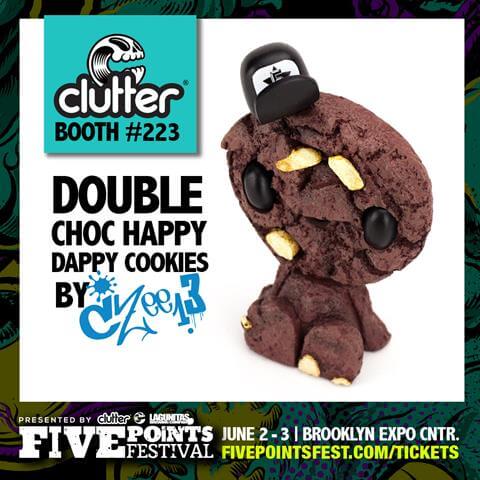 Often forgetting his insulin in a Strip club or something filthy burger house, Czee is a diabetic mofo. Instead of shovelling his little mouth with cookies, he is busy creating his Double Choc Happy Dappy Cookies. Whilst he’s been known to nibble on his resin creations, Czee knows deep down not to eat a full resin cookie. Limited to 10 pieces, Double Choc will be priced at $65 each. 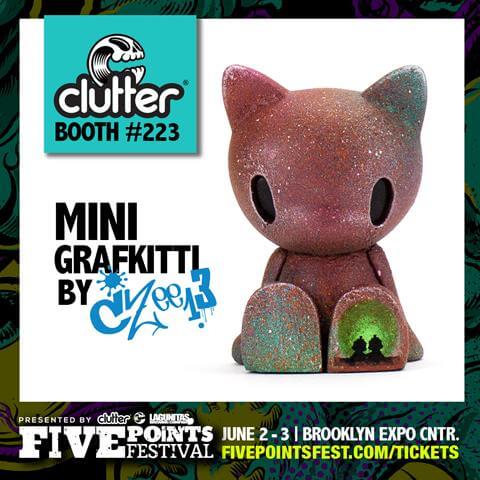 One for all the crazy cat lovers is the Mini Grafkitti, priced at $50 these rusty oxidising painted pussies are waiting for you to take them home. Limited run of 10. All available from the Clutter booth #223 this weekend at Five Points. 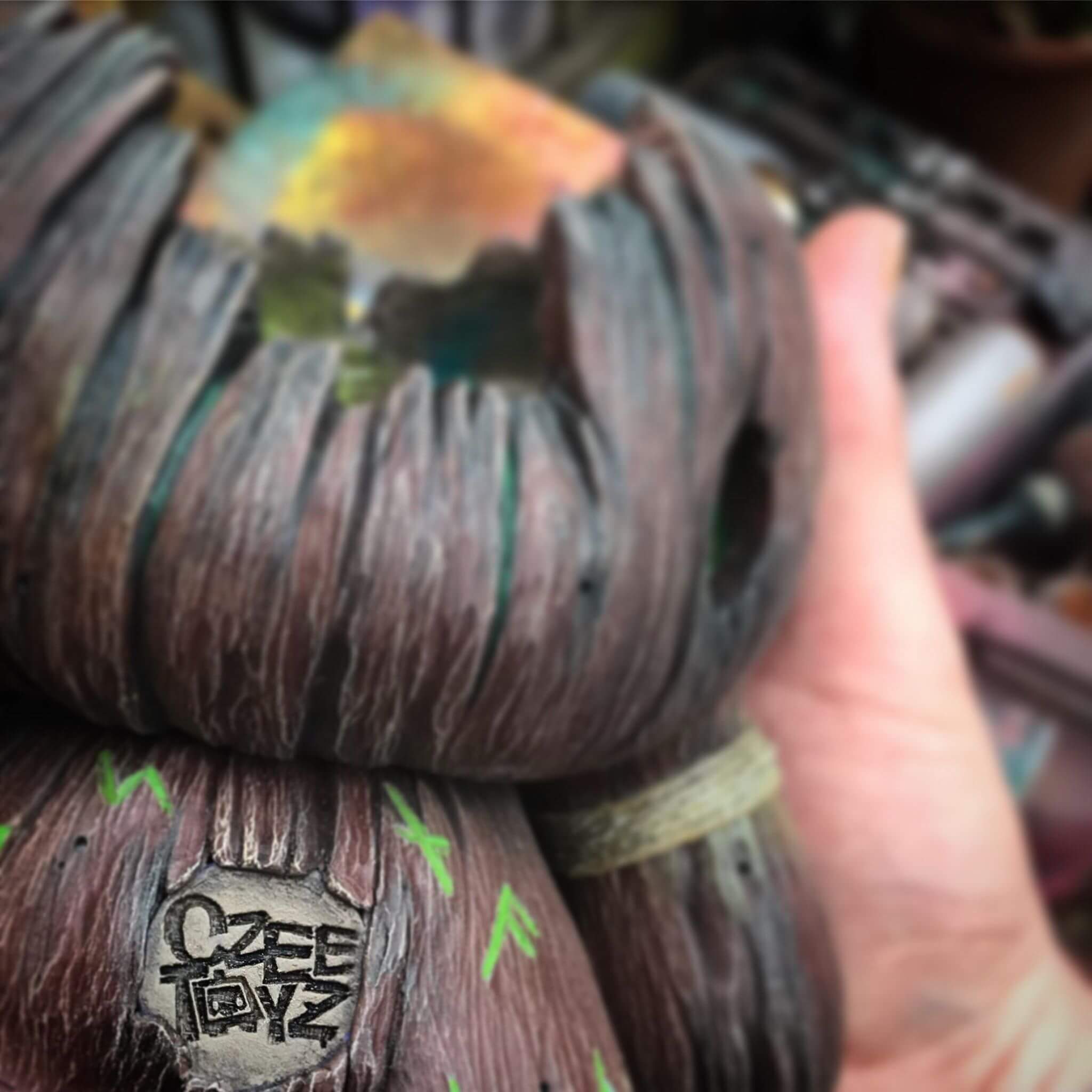 Czee will also be part of the DTA Custom Dunny Show which will make up part of the Clutter booth at Five Points. You can see a tease of his custom Dunny piece above. You’ll have to wait to Five Points to see the full release of information. 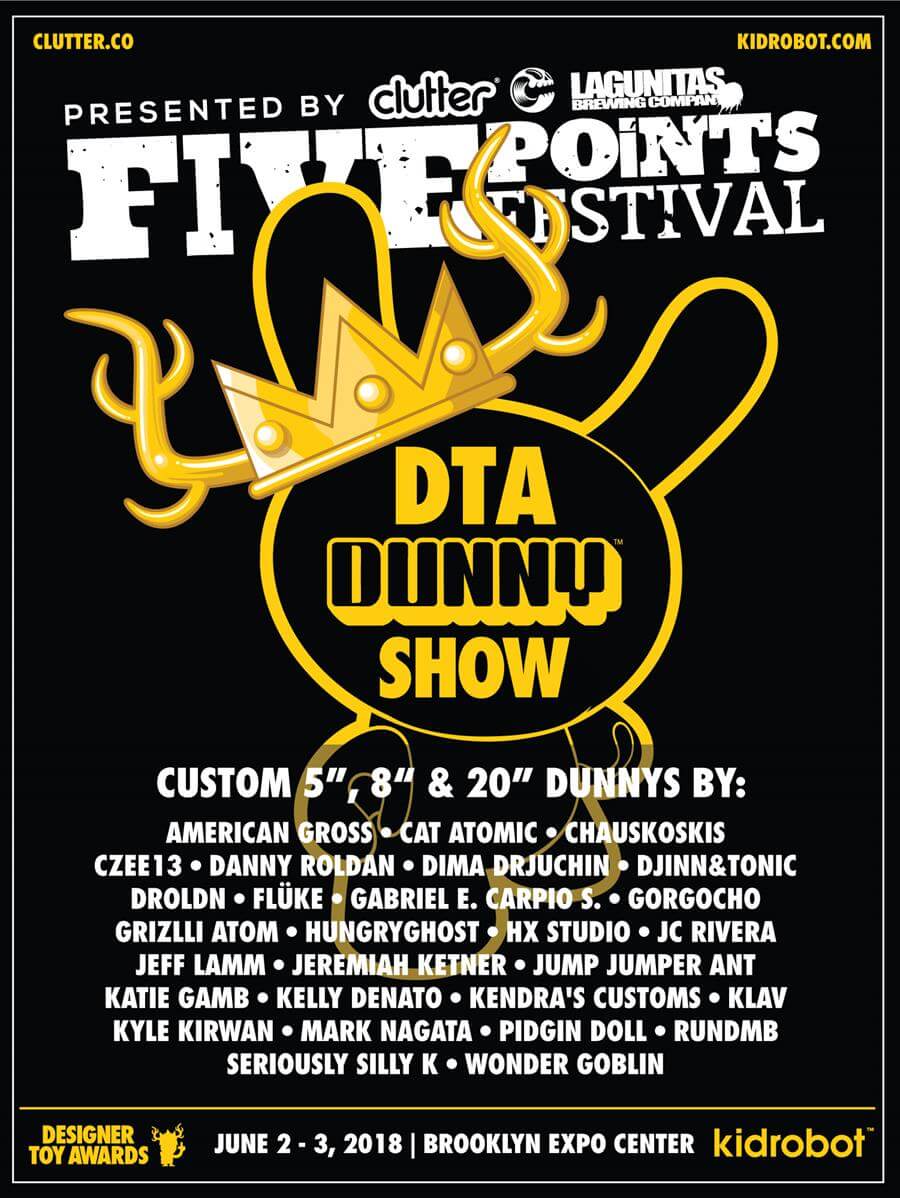 Also, don’t forget about all the glorious beer that we previously mentioned at the start of our post above, where Czee has been working on the artwork with Sixpoint putting together a hazy IPA called Equal Measures. Which you can read more about HERE. 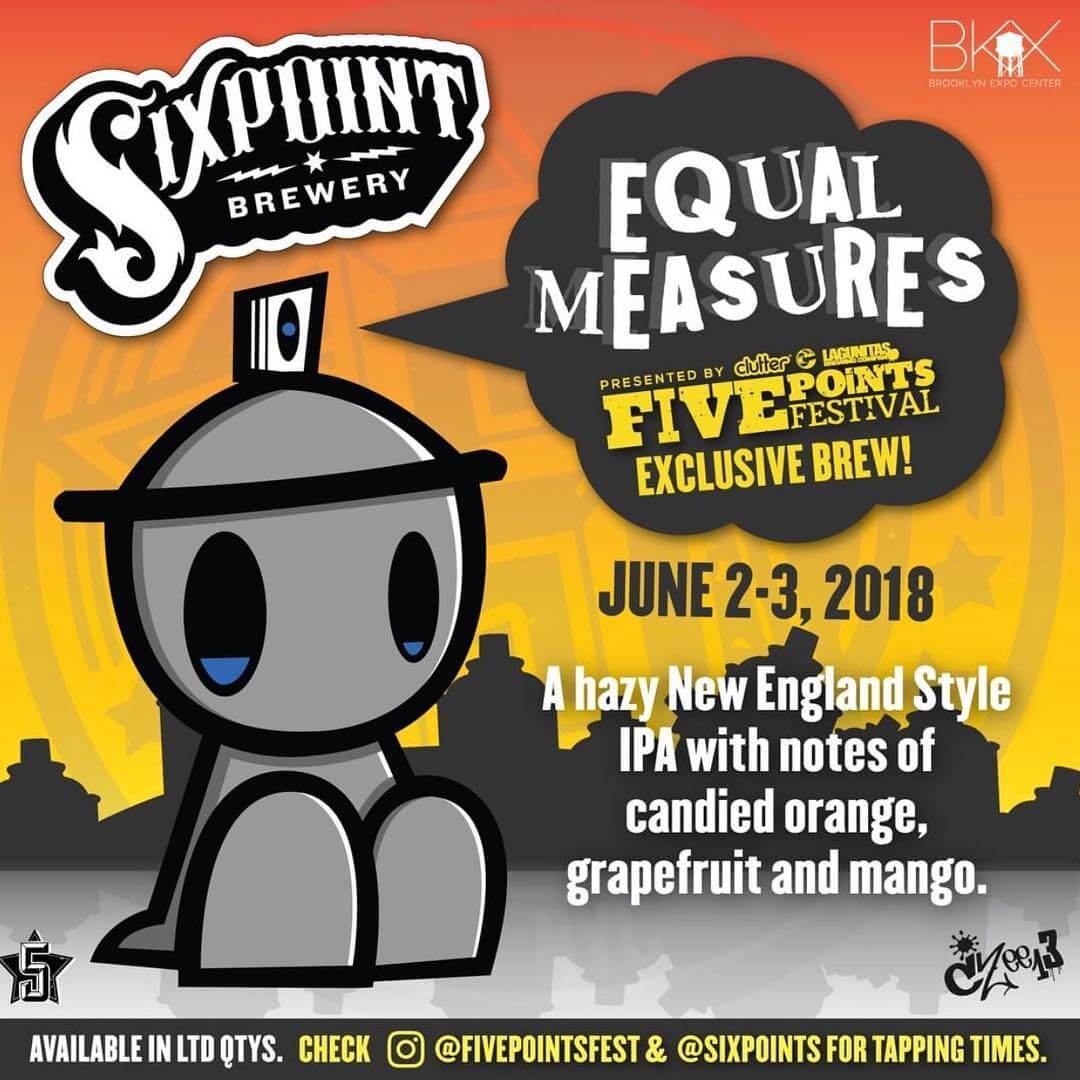 Then there is that KCBC Smoked Guru collab we spoke about too. Those limited cans ain’t gonna last long in Brooklyn. Those damn hipsters got dem eyes on them already from through the windows of Brooklyn Expo Center. You can read more about the Smoked Guru HERE. 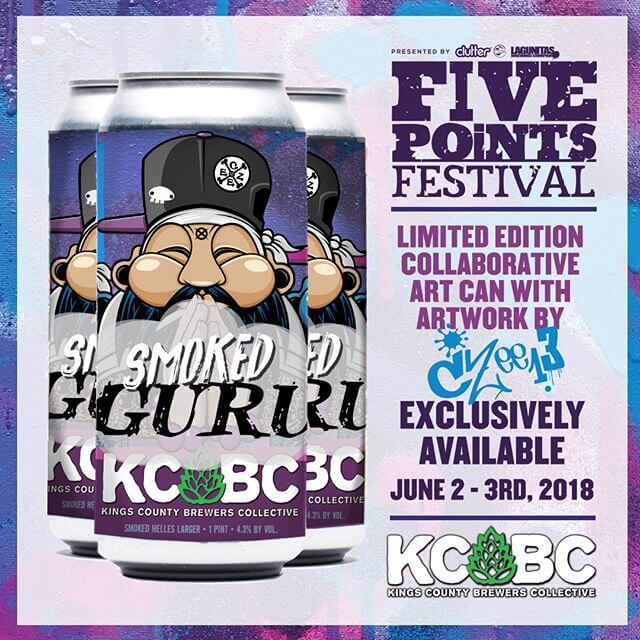 Oh, and if you’re around the NYC area on the 9th June (the weekend AFTER Five Points), you should defo head on up to Clutter Gallery for Czee’s Creative Solitude Solo show will be taking place. More details can be found HERE. 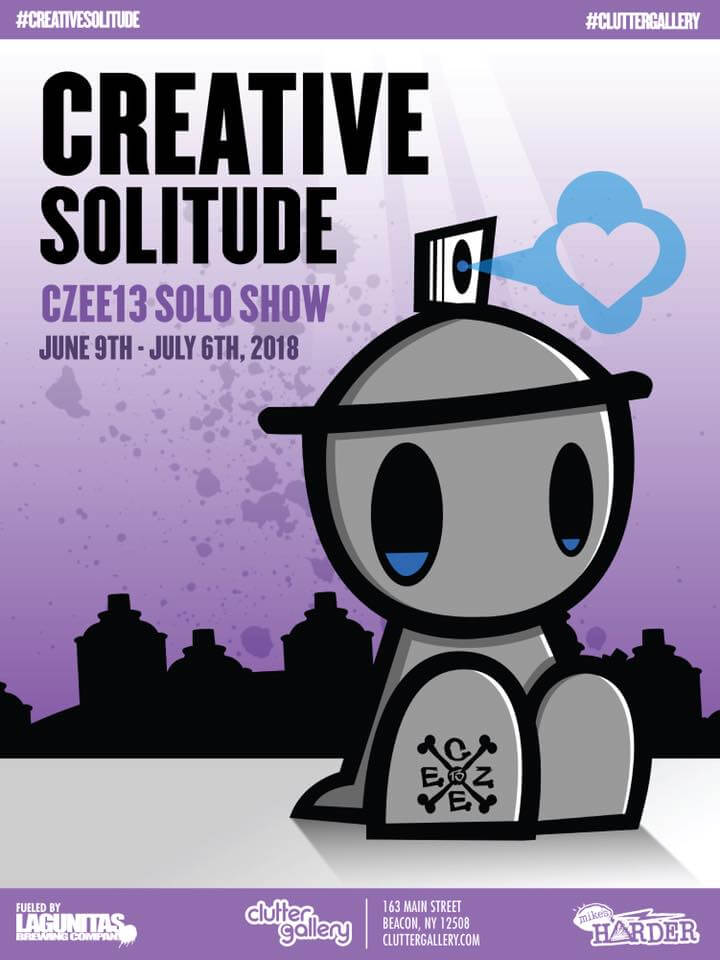 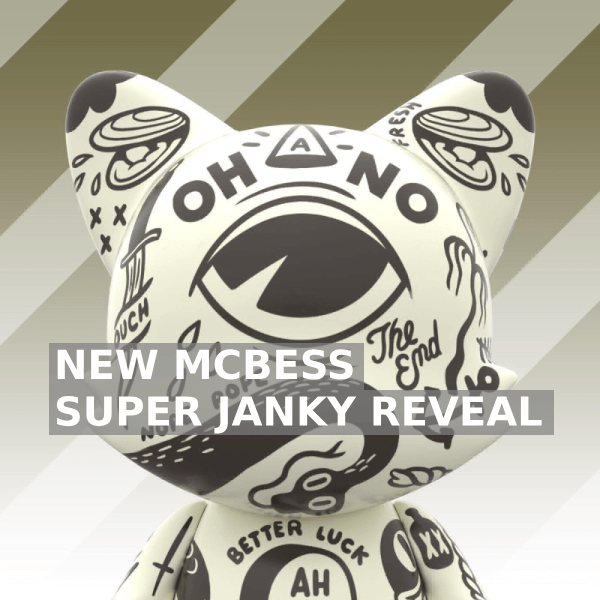