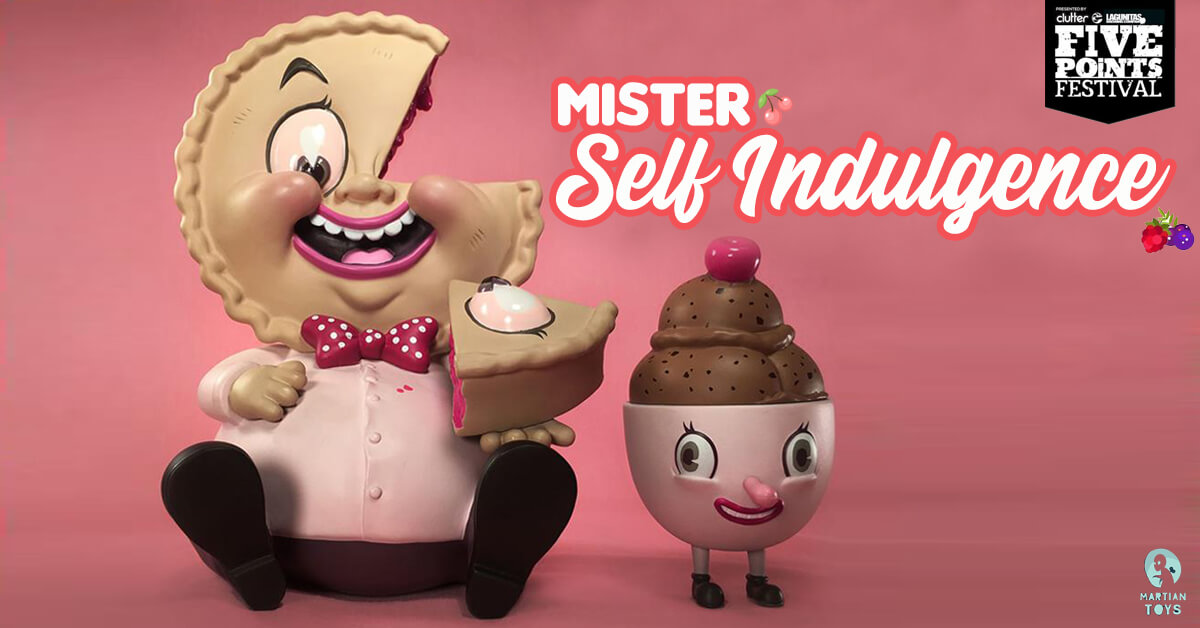 Last month, Martian Toys presented us with a tasty vinyl release with LA-based painter & designer Nouar’s Mister “Self Indulgence” and obviously everyone wanted a piece of the pie! The latest colourway of “Self Indulgence” has been revealed (non-vector version) back in a Clutter Exclusive Berry Pink form. Inspired by mid-century Americana and food this latest vinyl art collectable based upon an original 2012 painting of the same name!  The Berry Pink edition by Nouar and produced by MartianToys will be available at Five Points Festival. 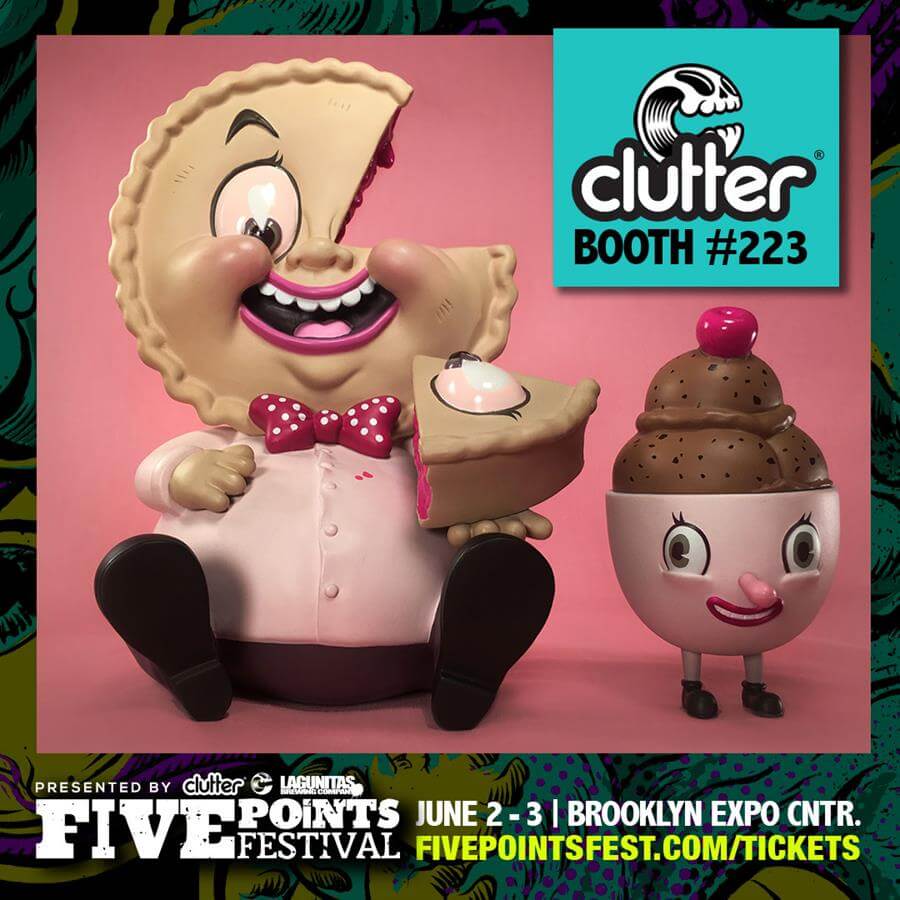 Based on the Nouar’s original 2012 painting by the same name this designer toy stands (well sits) 9 Inches tall. And also includes companion piece – “Lil’ Scoopy” – an ice cream sundae character that is 4 Inches in height – a great stand alone piece all to himself. You get the pair in one beautiful window box display – Martian Toys 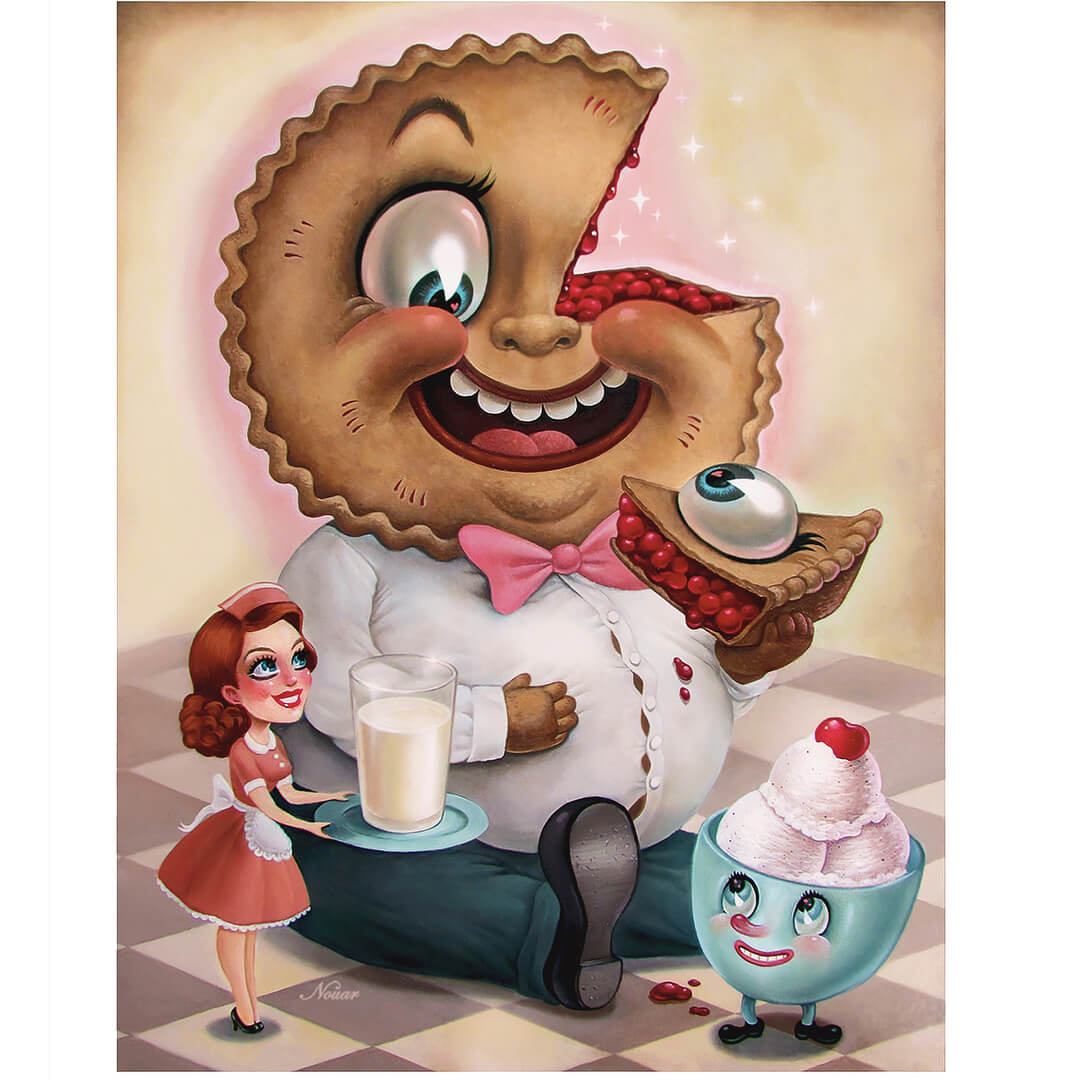 The other 50 will be released online at https://martiantoys.com/ and in-store at selected retailers in the near future. Stay tuned.

Five Points is going to be an awesome weekend of Designer Toys, Kaiju, Craft Beer (we know shizzle about the exclusive beer and it’s going to be GOOD!), Street Art & NYC! The Toy Chronicle will be there for the full weekend, and we CANNOT wait to get out to New York and experience it all with you again! Who else is going? Shout up, we want to say hi! Five Points Fest will be held on 2nd & 3rd June at the Brooklyn Expo Center! Booya. 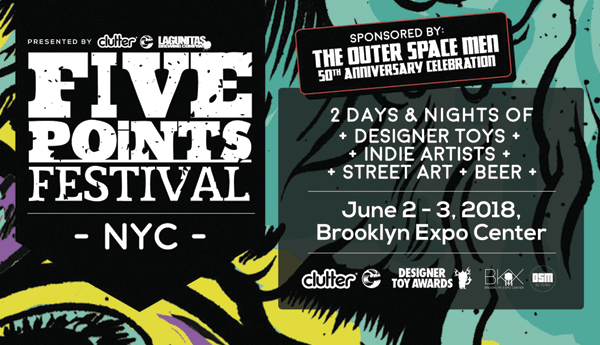