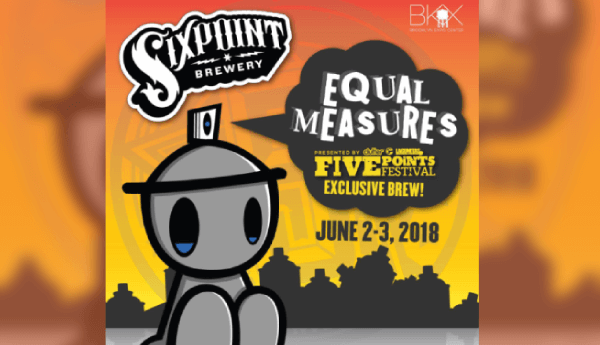 Equal Measures. When trying to decide which I loved the most – Designer Toys or Craft Beer – I couldn’t really decide. I love them both in equal measures. It’s true. So when we found out that our brother, Czee (go check him out on Instagram HERE) was going to be involved in the TWO exclusive craft beers at Five Points Festival we were super chuffed! We brought you details of his Smoked Guru collab with KCBC yesterday (read HERE). Tonight we bring you news of Czee working with the head brewer at Sixpoint Brewery, where Czee has come up with the artwork for the SECOND Five Points exclusive brew – EQUAL MEASURES! 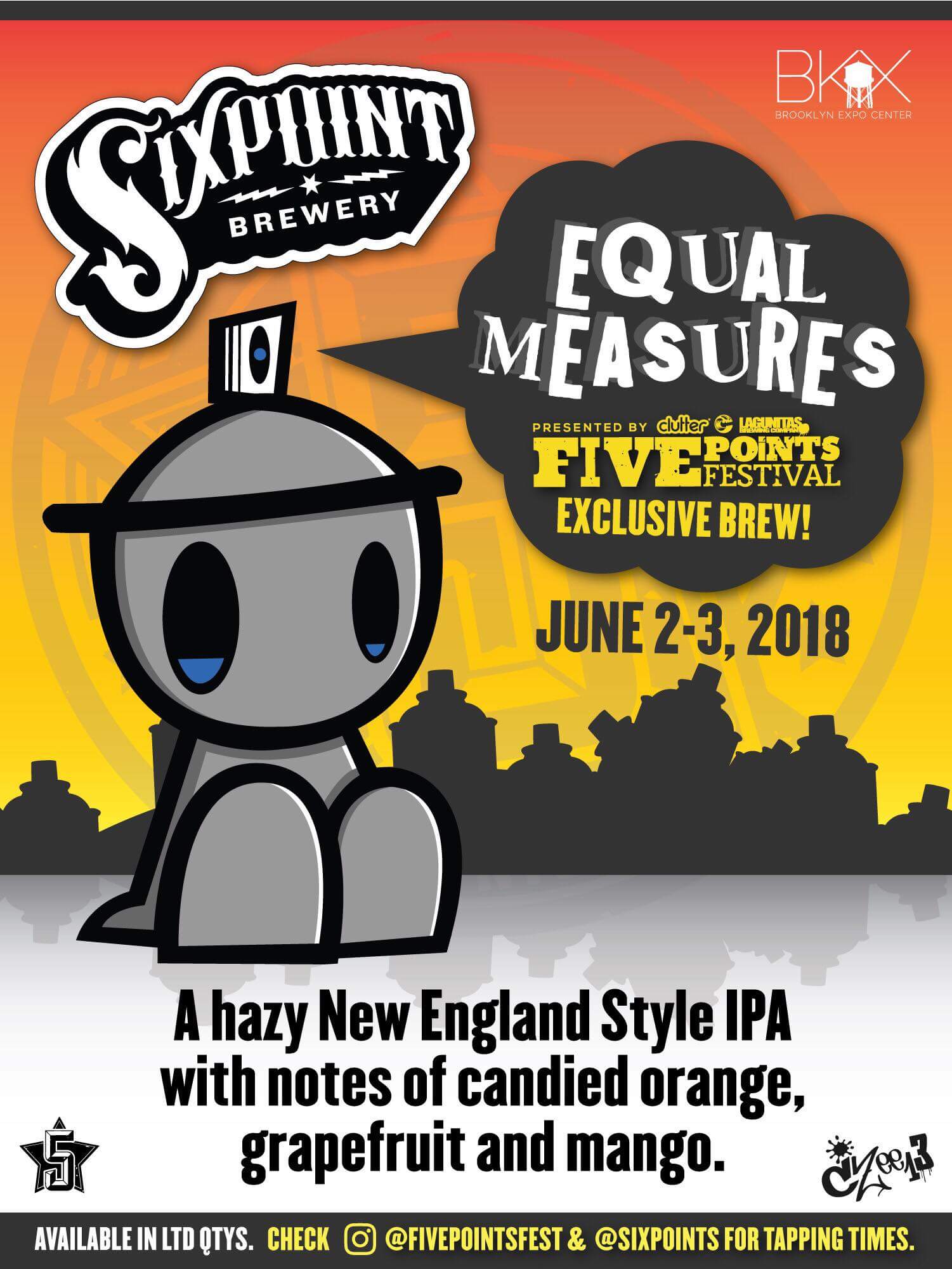 Over the past few years, the in vogue style for craft beers has been the New England IPA. These hazy, opaque, fruit style India Pale Ales have been all the rage. Equal Measures will be a hazy, NE IPA with notes of candied orange, grapefruit & mango. Sounds delish, right? This will definitely hit the taste buds over the course of the Five Points weekend! Last year the exclusive Five Points beer (Mad Scientist by Sixpoint) sold out super quick. This year there will staggered tapping times for Equal Measures. Meaning it’ll hopefully last longer, and you’ll get the chance to try it. Tapping is just another way of saying that the kegs will be opened. The tappings will happen on both days at 11am, 1pm & 3pm respectively!

If you have listened to the Marsham Toy Hour from LAST WEEK (read HERE) you would have heard the Five Points Fest krew talk about the number of different beer-related exclusives they’ll have at this awesome Designer Toy convention next month in Brooklyn, New York.

– There will be a commemorative beer glass, designed by Czee in the VIP Five Points goodie bags! The glass will be given away to VIP ticket holders, and sold for $7 to general public.

– Brooklyn brewers – Threes Brewery (who will be hosting the Five Points Aftershow Party (read HERE)) will be overseeing all the beer-related goodness at Five Points. They’ll have their beers on tap too.

– There will be a VIP bar as part of the Panel Discussion area. Where you’ll be able to get toy-related speciality cocktails. One being the Moscow Toy Mule! Genius!

So, now not only are we excited about all the exclusive Designer Toy releases at Five Points, we are super excited for alllll the beer goodies too!