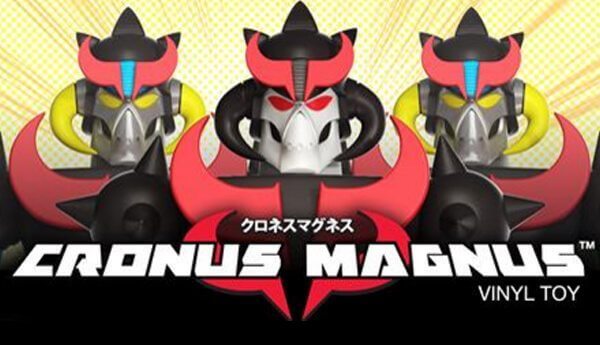 Now we can shed more light on the awesome Cronus Magnus project since we last teased about it back in Feb. Eric Smith is back with more AWSOME Robots Indiegogo campaign. Following the success of Vulkira, the vinyl toy robot, Eric Smith has begun the task of creating his second campaign to further start the rise of the vinyl robots. Working with the ever talented Shinbone Creative, The campaign is full of great incentives ranging from blueprints to Black and white marker illustrations by Darryl Banks. Eric introduces Cronus Magnus Enter: Cronus Magnus.

“Cronus Magnus is the follow up to my previously campaign-funded vinyl toy, Vulkira, released in 2015!
Both are homages and influenced by my love of the old  Japanese Jumbos and their American versions of the 1970s .
Every heroic robot (Vulkira) needs a nemesis, and that’s where Cronus Magnus comes in! Still to scale with Vulkira, Cronus Magnus will stand at 10.5 inches tall, have 3 points of articulation, will be cast in GLOW-IN-THE-DARK vinyl, have a printed foil belly sticker, will have multiple, interchangeable attachments: 2 plain fists, 2 fists holding sickle weapons, a grappling hook, and a glow-in-the-dark sword! He will also come in a printed box packaging. “ 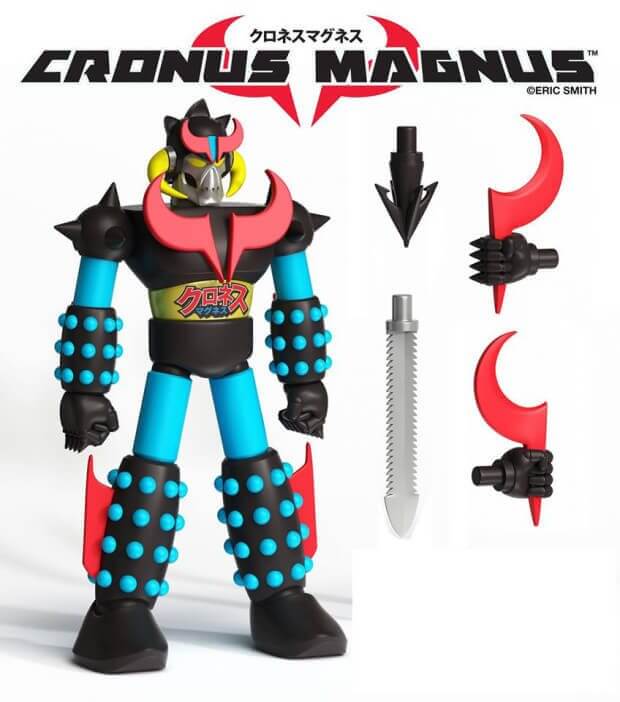 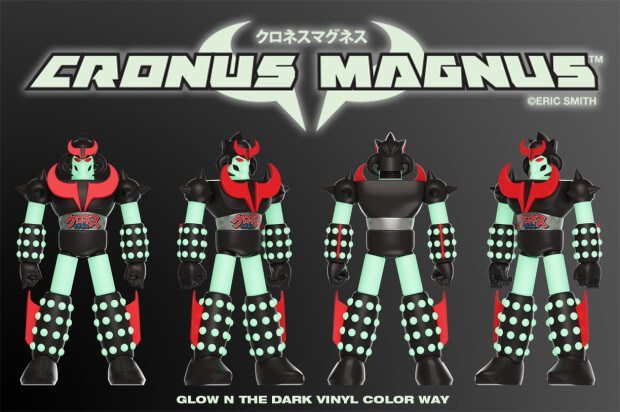 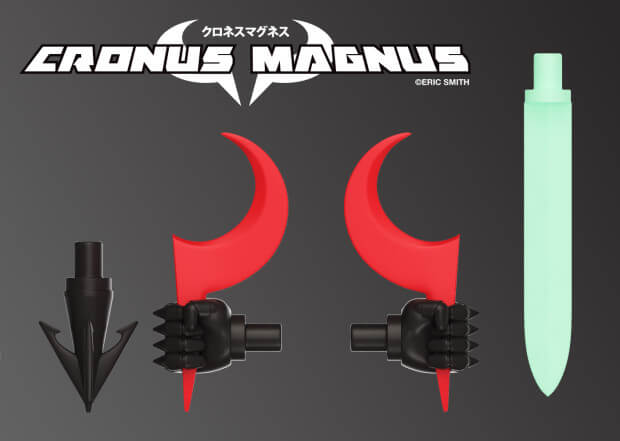 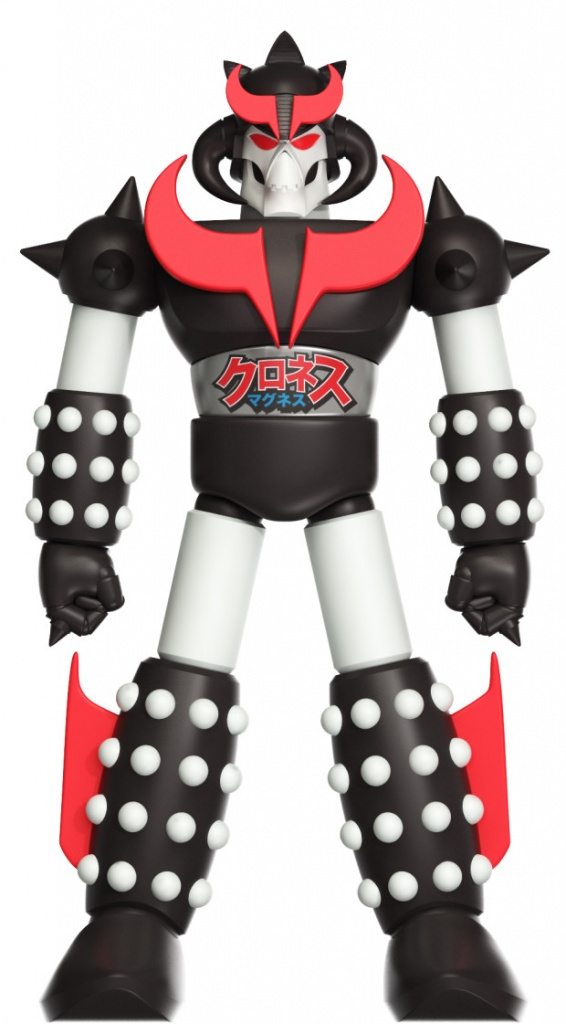 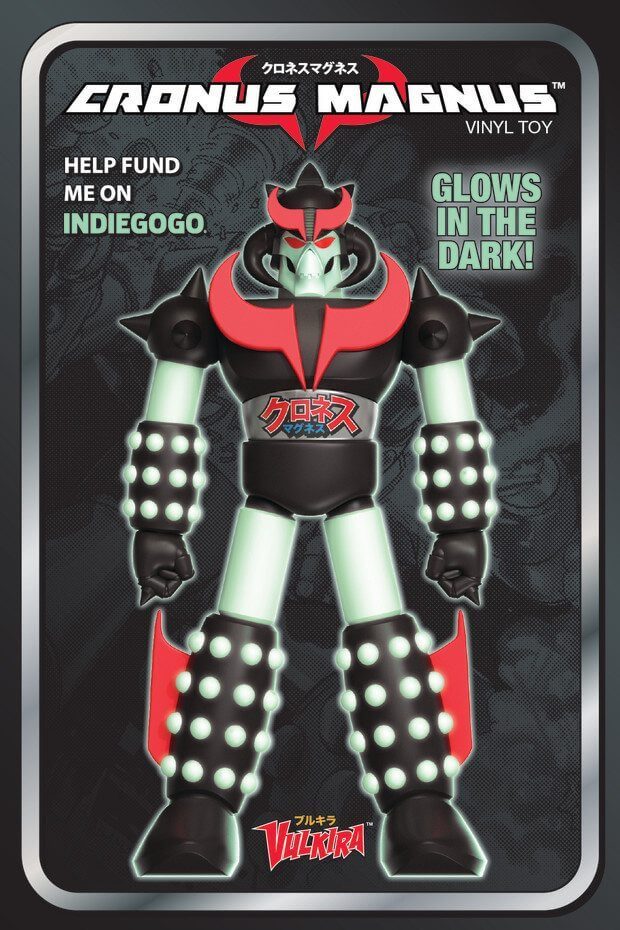 Indiegogo campaign is now LIVE. You have until May 29 to back this project. Click HERE to back it and to find out more info.