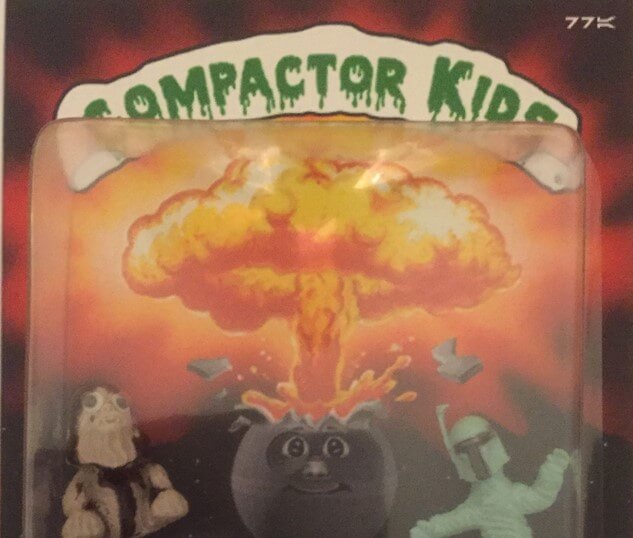 It’s been a while since we last heard from bootleg master Dead Greedy (Serving Earth and Uranus), known for epic creations like the Han Taun and MR TMNT and TMINATOR now he’s back with ‘the grossest kids in the galactic nursery’, Stormpooper, Barf Crawl, Boba Wett and Poocaca; 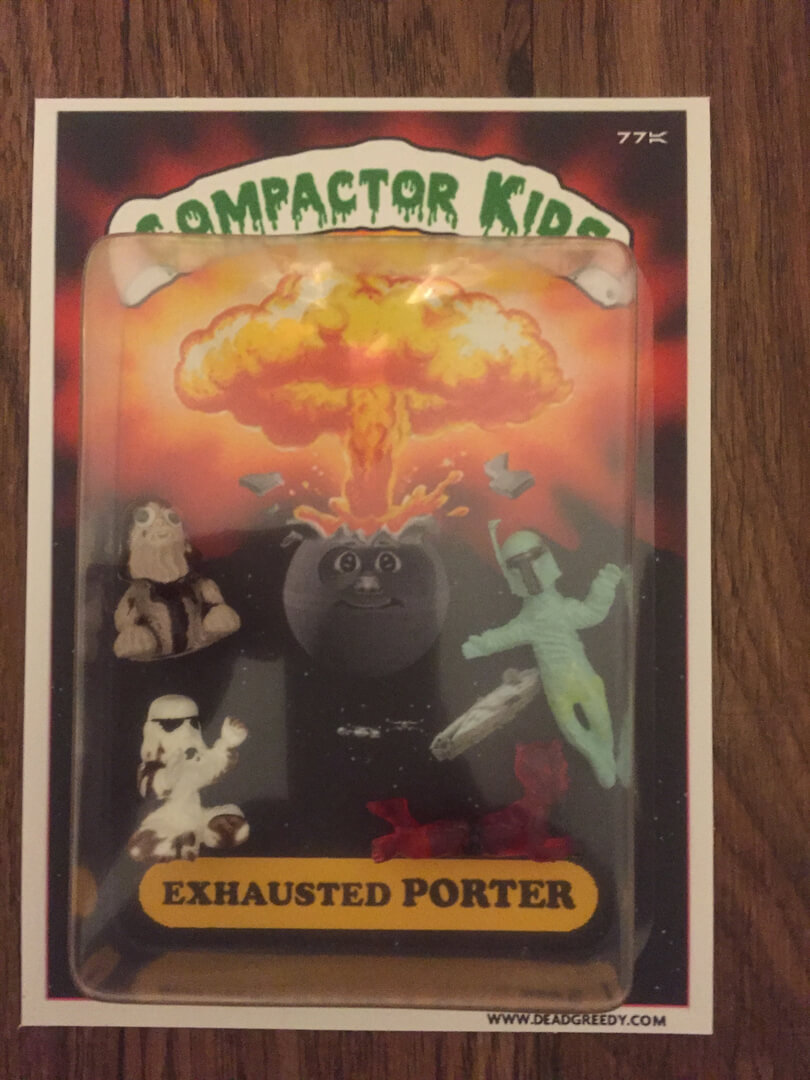 It seems that the 85’s Garbage Pail Kids theme is becoming more popular on these kind of creations. The Compactor Kids is a limited edition set of custom bootleg resin action figures, consists of four figures with two card variations to be distributed randomly. 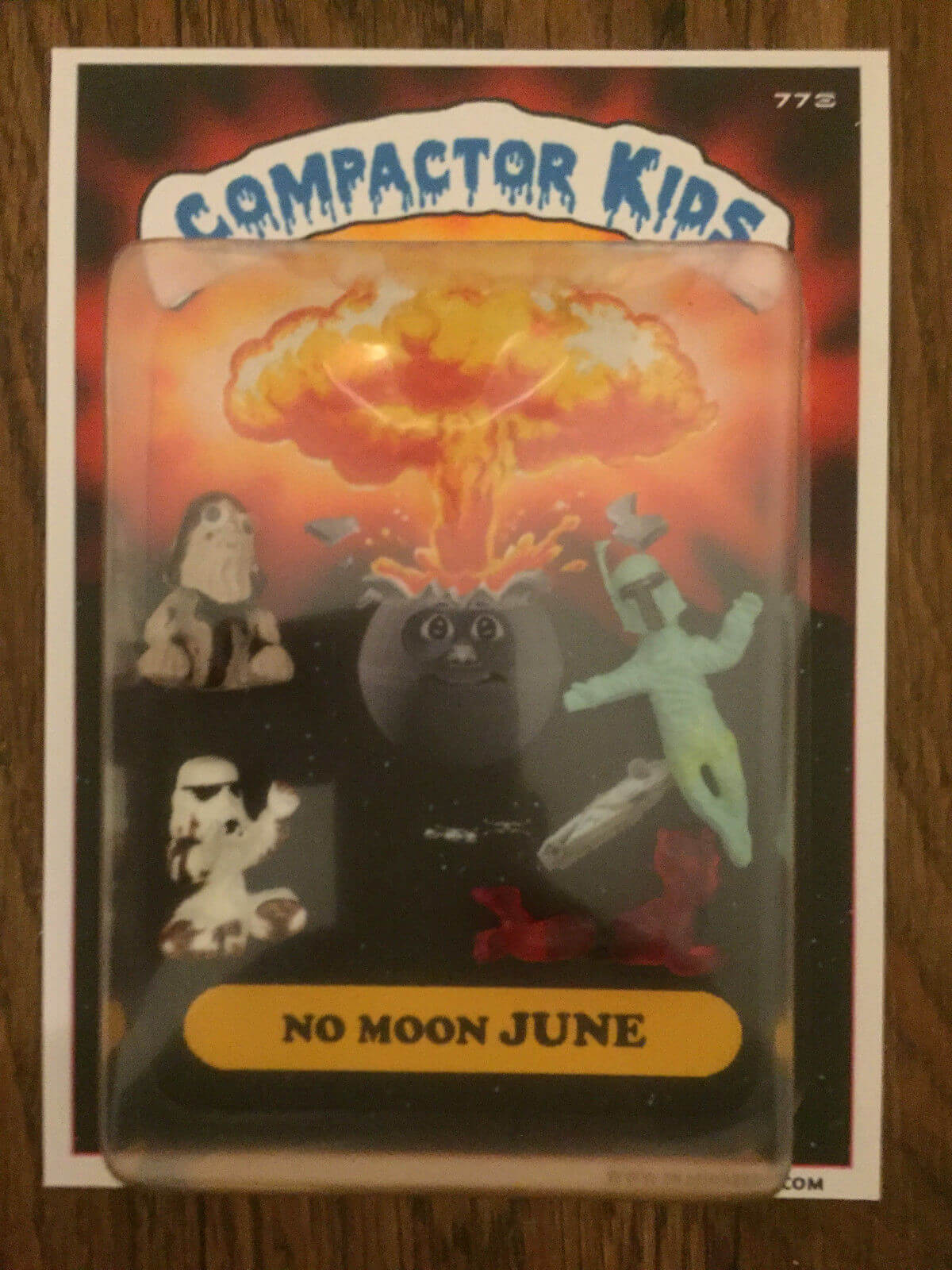 Each piece is hand cast and hand painted. If you want to get in the bootleg game why not start with Dead Greedy? Retail Price is $75/£51 per set HERE. 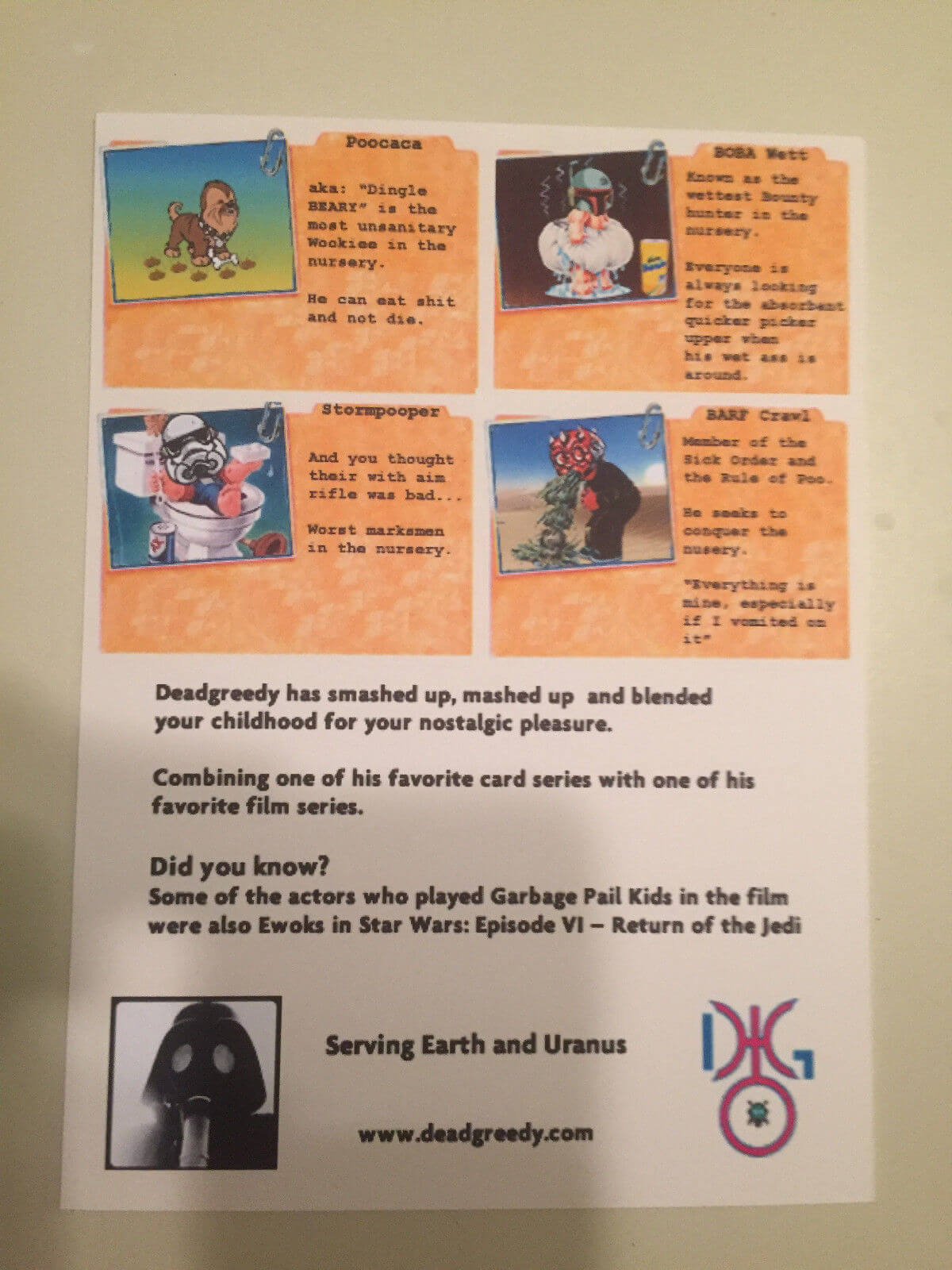 Show Dead Greedy some love on http://www.deadgreedy.com and Facebook.