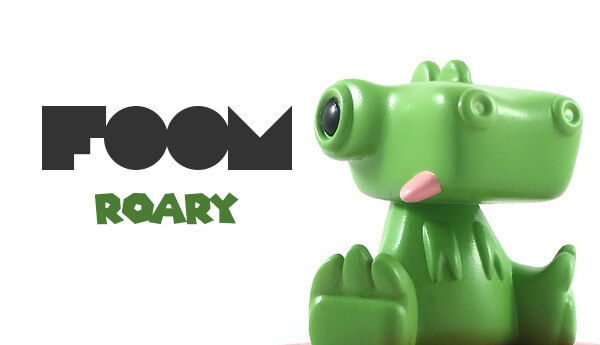 Foom Toys have released yet another cute resin art piece called Roary – the daft and adorable dinosaur!
According to the rumours, during secret genetics tests scientists attempted to make a larger, more intelligent T-Rex. instead, they accidentally made the exact opposite! A smaller, cuter and happier T-Rex codenamed Roary. 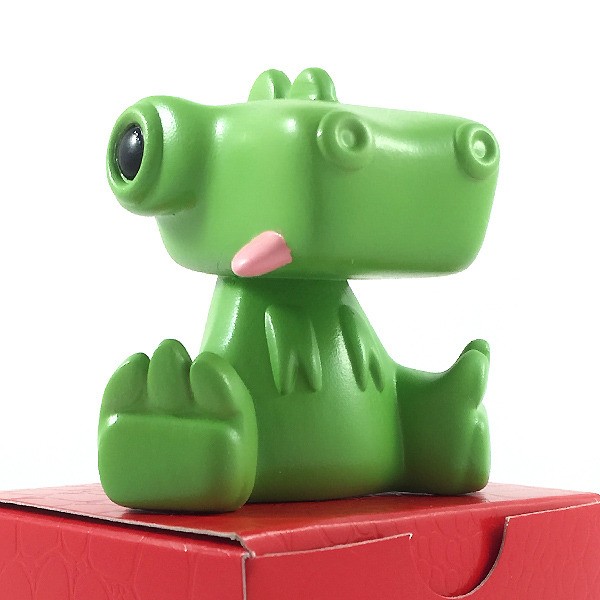 Limited to only 10 pieces, this 2.5″ tall first edition of Roary features a green skin with dopey pink tongue, big curious black eyes, and a Certificate of Authenticity card signed by the Foom team.
Froom Toys are on the right path right now with 3 toys already released and all great designs, we cannot wait to see what the next few designs are.
Pick up one at foomtoys.com right now for $40 (+ shipping) (around £26) before they run out. 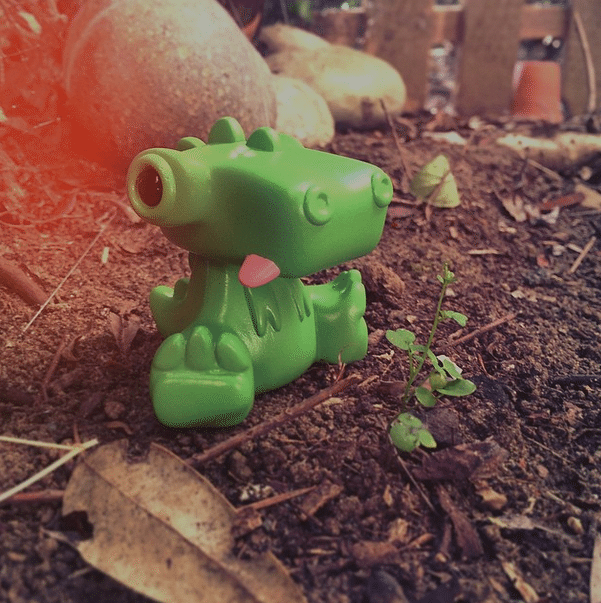