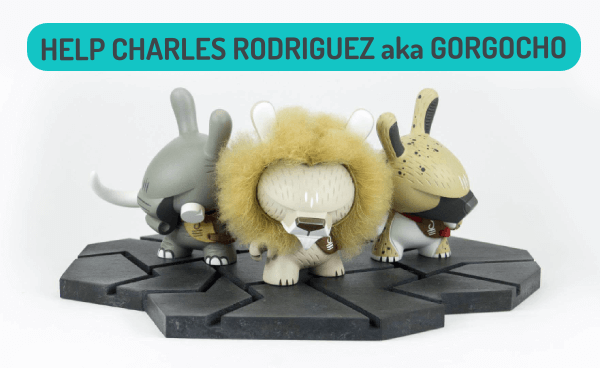 The vast majority of the Designer Toy scene is a pretty tight knit community of friends, acquaintances & family. So it always pains us to see one of our own struggling with a medical condition in a country that doesn’t offer healthcare. It has come to light in recent days that our good friend, Charles Rodriguez in Venezuela is suffering with bad health and is in need of your help. Read below for more details… 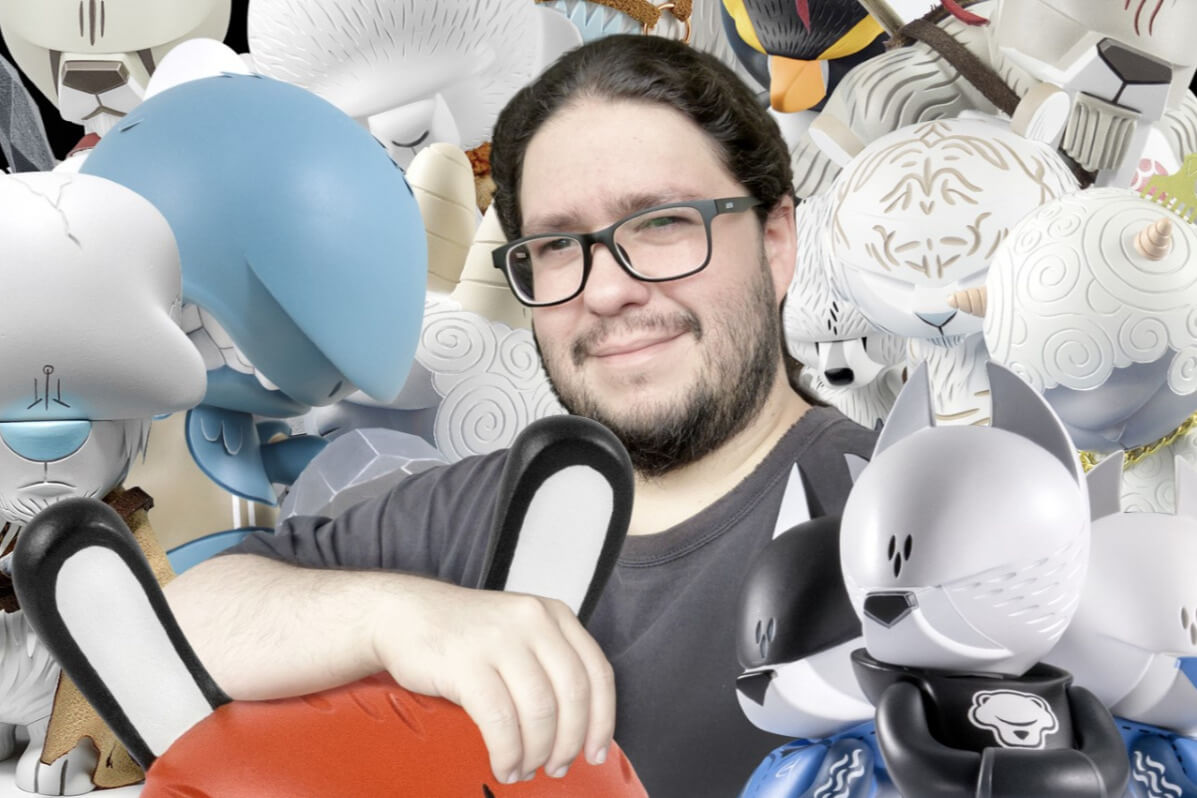 On June 28, he was hospitalized and underwent a laparoscopic cholecystectomy in which the gallbladder was removed because this organ presented multiple stone formations.

2 weeks after the surgery Charles began to present abdominal pain that seemed to be associated with poor digestion or intolerance to the post-operative diet, and since he did not present signs indicating another cause he was given by his doctor the drug Colypan (a medication that aid to the postoperative restart of the digestive system), although the first 24 hours elapsed normally, a heavier pain was presented the following day and the patient had to go to the hospital as an emergency because the pain was not felt due to the use of analgesics. . That same day, hematology and liver profile tests were performed. In the examination of the Hepatic profile, 2 highly increased values ​​appeared that of Bilirubin and transaminases reaching almost tripling of the normal values. He was asked to perform an abdominal colangioresonance to rule out the presence of stones in the bile duct.

On Monday, July 16, after delivering the results of the MRI, the Doctor notifies him that there are 3 calculations of approximately 4mm each housed in the bile duct and that it is urgently necessary to remove them with another surgical intervention before one of these 3 calculations can enter the pancreatic duct and generate greater damage.

Strange Cat Toys have helped set up a GoFundMe fundraiser account to help Charles out with the cost of the surgery. The goal of the GoFundMe was to originally hit the $4000 it would take to get Charles his surgery. The $4000 goal is about to be hit at some point in the near future ($3906 at time of writing). Anything over $4000 will be used to help Charles with follow up appointments & medications. The more money raised, the more that can be done to help Charles get through this difficult period of his life.

Whilst Charles seems like a million miles away in Venezuela, his work brings him closer to our hearts. We have long been fans of his work and hope that everything with the surgery & aftercare is a major success so we can continue to enjoy Charles’ work for many more years to come! If you’re a fan of Charles’ art, please take the time to consider a donation to the fundraiser HERE.

Many thanks to Strange Cat Toys for arranging this fundraiser for Charles!