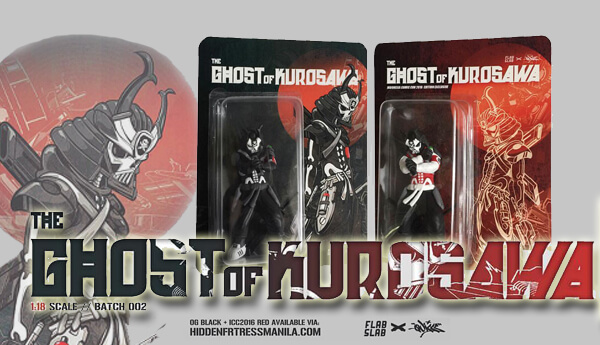 Missed out on Quiccs x Flabslab  1:18 Scale Ghost Of Kurosawa figure? No worries, Quiccs & FLABSLAB have you covered. Question are you prepared mentally and physically to handle the releases of the second batch and also those hard to get ICC2016 EXCLUSIVES that everyone’s been hunting. GET your F5 refresh finger ready as Quiccs & Flabslab announce the return of the 1:18 Scale Ghost Of Kurosawa. 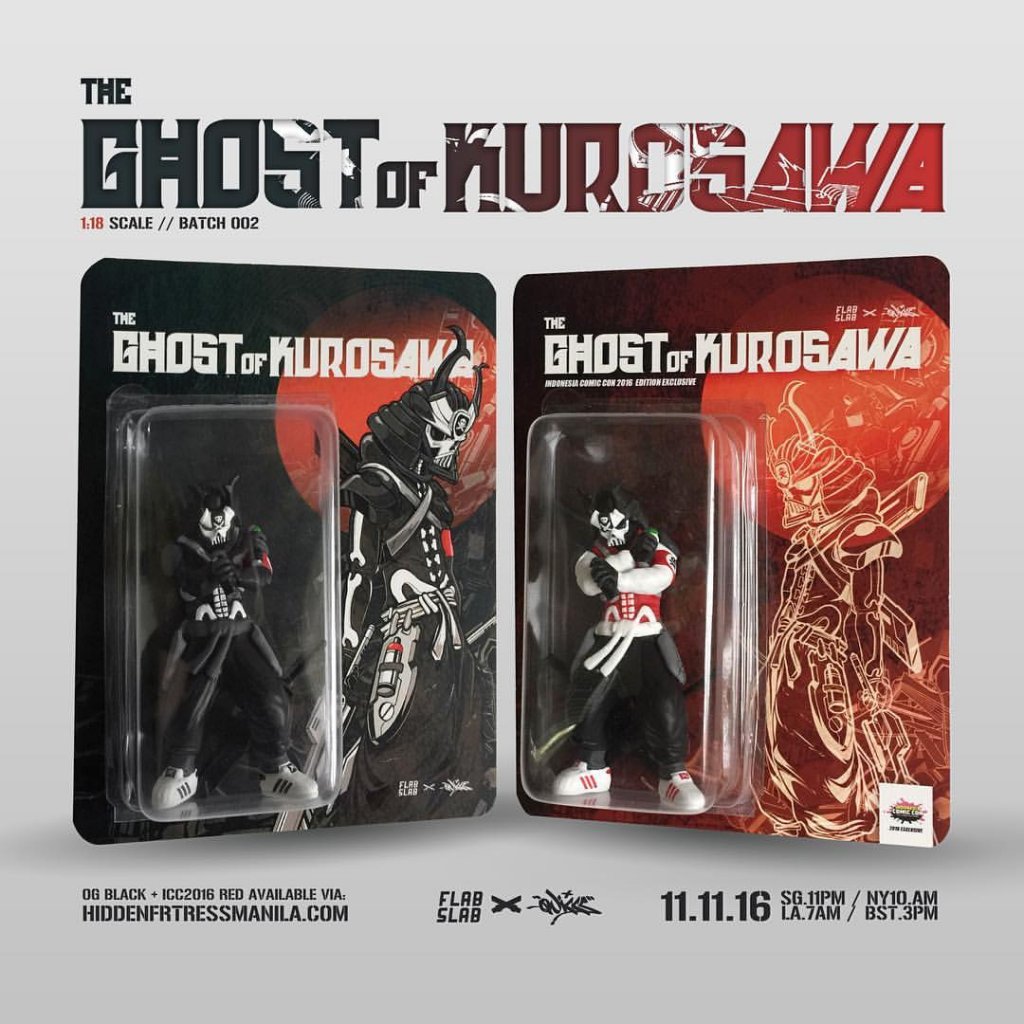 A new batch of 1:18 Ghost of Kurosawas will be up for grabs tomorrow, 11.11.16! SG.11PM / NYC.10AM / LA.7AM / UK.3PM featuring the new and improved OG Black Cardback (40USD + Shipping) and the few remaining ICC2016 Jakarta Red Exclusives (50USD + Shipping)! Dropping via hiddenfortressmanila.com, Worldwide shipping will be done immediately in 1-2 weeks as stocks are already in hand.

“These pieces are 3.75″ inch Resin figurines based on the Flabslab x Quiccs collaborative character, the Ghost of Kurosawa. They have no articulations, and feature 2 holstered swords that have magnetic connectors to the body. They are all individually handpainted, and will be featured on blister boxes with cardbacks.”